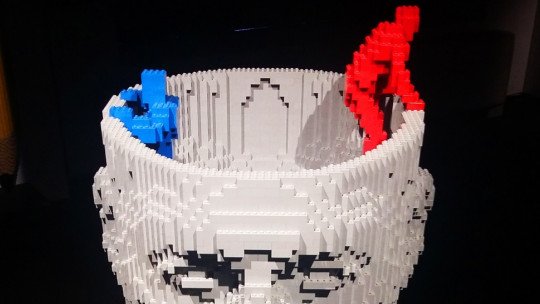 Thinking. Reasoning. Learning. We process information constantly, and with it our brain operates in different ways in order to stay alive, subsist and act adaptively in the environment. But how do we do this? Some theories speak of a single mechanism or process through which we reason, while others propose the existence of more than one.

Among the different models and theories that have been developed, especially in the latter case, we find the theories of dual process , a name that actually refers to a set of more or less known theories about how we process information, and about which we are going to talk throughout this article.

It is called the theory of the dual process to the general theory, or rather this set of general theories (since in reality we could even speak of a dozen theories), characterized by the consideration that superior cognitive capacities such as cognition or reasoning exist as a result not of one but of two basic processes or systems , whose interaction allows us to generate thoughts and mental products.

These two processes have different characteristics in terms of the way they process information, the speed at which they do so, or the number and type of resources they employ. It should also be noted that it is generally considered that one of the processes or systems is implicit and unconscious while the other processes the information explicitly and voluntarily and requires a conscious effort on our part. Likewise, our experiences and biology participate and modify the capacity to carry out each of these two processes, so that no two people have the same performance or capacity.

It should be noted that the dual process theory we are referring to is based on or centred on the existence of processes necessary to possess reasoning and decision-making capacity as well as to carry out certain behaviours. However, within the different existing dual process theories we can extrapolate the existence of two processes in different fields, such as learning or even the economy, marketing (as it would influence different ways of persuading others) and society.

The two systems considered from the perspective of the dual process theory may vary depending on the type of theory we are talking about, but nevertheless we can consider that broadly speaking we would be talking about two specific types of system.

System 1 would correspond to what in everyday language, according to Kahneman, we would call intuition. It would be a totally unconscious information processing system, in which information is worked on implicitly and in the background. The performance of this system is fast and requires few resources, working at an automatic level . It does not require logic and uses parallel information processing. It also relies more on the innate association between stimuli and is not usually able to express itself at a verbal level. However, however unconscious it may be, it is affected by previous experience and emotion.

We are in front of a system that allows a quick and almost immediate reaction to the environment, in such a way that it allows us to make decisions that can come to save our lives. It is the system that allows us to form a first impression of the situation and act accordingly, being the decision making more based on the contextual and on our internal nature and not on logic. This is the oldest mechanism phylogenetically speaking, forming part not only of our species but of the rest of animals.

The implementation of this system involves decision making and processing and requires a conscious and voluntary process. This is what Kahneman identifies with true reasoning. This system is considered to be typically human, being one of the most novel at the phylogenetic level.

The neocortex is very much involved. It is based on logic and requires explicit processing, being able to work with abstract and symbolic elements such as language and working serially . It requires a large amount of cognitive resources and time to be used, and allows the analysis and conscious control of thought and behaviour.

Although system 2 does not allow an immediate response and in imminent situations it may not be fast enough to guarantee survival, the truth is that it presents the great utility of allowing reflection on the different courses of action, the implications of each situation and work with more abstract elements. This affects our ability to plan and predict, as well as to evaluate not only emotionally but also logically the different options.

The need for both ways of thinking

These two systems are very different from each other, but it is their combination that makes us who we are. Both systems have their strengths and weaknesses, complementing each other to favour our survival and adaptation to the environment. Therefore, trying to find a balance between both is ideal , since it pushes to the performance at the same time that it makes that our actions can be inhibited and modified in order to obtain concrete objectives.

We have already indicated that the idea of information processing based on two different processes has been used in many areas. One of the best known in the field of psychology is that of Groves and Thompson.

The dual process theory of these two authors is based on the effects of repeated exposure to stimuli over time , from a perspective based more on unconscious processes. These authors consider that the repeated experience of a specific event or stimulation can generate modifications in behaviour in such a way that it is stimulated or inhibited.

Specifically, it speaks of habituation as the process by which a stimulus loses its stimulating force when presented repeatedly over time, so that the reaction to the same amount of stimulation will be less over time. This process explains the acquisition of very diverse automatisms , at the same time that it allows the acquisition of complex capacities when specifying the basic steps for it of smaller amount of resources. An example could be learning to speak or walk, and in general also associative processes.

On the other hand, some stimulations can cause the opposite effect when repeated, this other process being the so-called sensitization. In this case, each presentation of the same stimulus will have more and more force and generate greater effects. This will make the stimulus more and more activating for the subject .

It is common that this process appears in situations that are emotionally stimulating for the subject and in which some type of motivation appears, as well as when the stimulus in question is of a very high intensity. It can serve us for example to maintain the level of alarm before strong noises that could be indicating the proximity of some danger.

As with the aforementioned dual processing theory, both processes are not necessarily mutually exclusive but appear together, adding up to generate a specific reaction or consequence. However, this theory of dual processing differs from the previously presented one in the fact that in both cases we would be facing processes that are basically unconscious, both forming part of system 1.