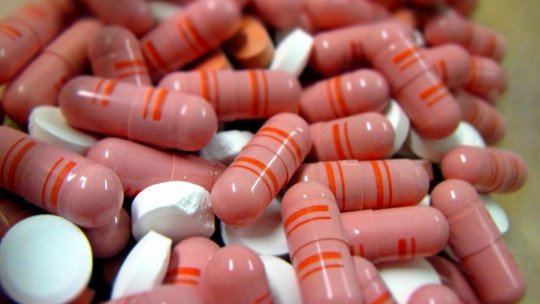 Schizophrenia is one of the best known mental disorders in history, and even today it receives a lot of attention. The presence of hallucinations, delusions and disorganised behaviour, together with a possible negative symptomatology such as alogia, has generated through time a profound suffering for those who suffer from it, often being stigmatised and institutionalised.

It would not be until the appearance of the first psychotropic drugs that they would begin to be able to control their symptoms effectively. Since that time, a large number of substances have been researched and synthesized whose main objective is the control of the symptoms of schizophrenia. In fact, even today, drug treatment is a key element. In this article we will make a small review of the most used drugs against schizophrenia , as well as their disadvantages and limitations.

Antipsychotics or neuroleptics are a group of drugs whose main objective is the treatment of psychotic symptoms by means of chemical changes in the brain . Their mechanism of action is based on the regulation of dopamine levels in the brain.

The main one is the mesolimbic pathway, which in patients with schizophrenia presents an excess of dopamine that would end up generating the experience of positive symptoms such as hallucinations. At this point, all existing antipsychotics aim to reduce the amount of dopamine in this area in order to reduce psychotic symptoms, by acting specifically on the D2 receptors , which it blocks.

The first antipsychotics discovered worked very well in this regard, causing a large decrease in positive psychotic symptoms. However, there is another route that is also of great importance: the mesocortical one. This route provides subjects with schizophrenia with a decrease in dopamine that causes the subject to manifest negative symptoms such as alogia or poor thinking and other alterations such as withdrawal and loss of abilities.

Although typical antipsychotics have the function of reducing the level of dopamine in the mesolimbic pathway, the truth is that they exert their action in a non-specific way, causing this reduction to occur in other nerve pathways and even in other parts of the body. Among the affected pathways would be the mesocortical.

Taking into account that the negative symptoms are caused by an absence or deficit of dopamine in the latter, the use of typical neuroleptics will not only have no effect but may actually harm and increase the negative symptoms. And in addition, other pathways that acted in a normative way are also negatively affected, which can generate very annoying secondary symptoms that can interfere with daily life. For this reason, the research was directed at generating alternatives, eventually producing the so-called atypical neuroleptics.

These are known to act also as dopamine D2 receptor agonists, as is typical, but also acting on the brain’s serotonin level . Given that serotonin has an inhibitory effect on dopamine secretion and that there is a much higher level of serotoninergic receptors in the cortex than dopaminergic receptors, reducing serotonin will mean that even if the medication causes dopamine in the cortex to drop, inhibiting an inhibitor will eventually lead to the levels being maintained. This reduces the level of dopamine in the mesolimbic pathway but not in the mesocortical pathway, while also reducing secondary symptoms from other pathways.

The most widely used psychotropic drugs for schizophrenia

Although historically typical antipsychotics have been more widely used, the truth is that nowadays, due to the lower number of secondary symptoms and their greater effect on negative symptomatology, in clinical practice it is more common to find typical antipsychotics . Despite this, typical ones continue to be used with some frequency. Below we can see some of the most commonly used drugs against schizophrenia, both atypical and typical.

Although at the level of controlling positive symptoms they have a level comparable to the typical ones, atypical antipsychotics have a series of great advantages over them. Among them are the existence of a certain effect on negative symptoms and the lower risk and frequency of undesirable secondary symptoms. Despite this, they can generate sexual effects, arrhythmias, extrapyramidal effects linked to movement such as akinesia or tardive dyskinesia, hyperglycaemia, eating and weight alterations and other problems.

The most widely marketed and used anti-schizophrenia drugs in Spain are the following, although there are many more:

One of the best known atypical neuroleptics. Clozapine has a good effect even on subjects who do not respond to other neuroleptics. Also in those who with other drugs suffer from extrapyramidal symptoms due to dopaminergic alteration in the nigrostriatal pathway (in fact it is considered the neuroleptic with the least extrapyramidal effects).

Apart from over dopamine and serotonin, acts on adrenaline, histamine and acetylcholine . However, it also generates metabolic changes, overweight and there is also a risk of agranulocytosis, so its use is more limited than that of other atypicals and tends to be used as a second option.

Another of the best known drugs against schizophrenia, olanzapain is used especially to combat both positive and negative psychotic symptoms. Like some of the above it has also been used for the treatment of bipolar disorder, and in some cases for borderline personality disorder. It is one of the most effective antipsychotics, similar to clozapine but with a greater serotonergic affinity (which will have a greater effect on negative symptoms)

As with the rest, secondary symptoms include alterations in appetite and weight, sexual problems (decreased libido and possible galactorrhea and gynecomastia), tachycardia and hypotension among many others.

This type of atypical antipsychotic has been used for schizophrenia, but also for other disorders where there is great agitation such as in some cases of autism and for major depressive disorder. This is a relatively new drug, synthesized in 2002 . It stands out as a partial agonist of the D2 receptors (acting only on the levels of dopamine in the pathway in question). It is effective in the treatment of positive, negative and affective symptoms. It does not generate problems of a sexual nature.

The most common typical neuroleptics

Despite the fact that they are currently much less used than the atypicals because they tend to generate more and more powerful side effects , it is common to find that some classical neuroleptics are still used in drug-resistant cases where the atypicals do not work or under certain conditions. In this sense, although there are many more, two stand out as the best known and most frequent.

The best known of all antipsychotics, it has been the most widely used until the birth of the atypical neuroleptics and in fact continues to be used as a treatment for schizophrenia. It is frequently used by injection to treat acute episodes and stabilize the patient , even if the patient later switches to another type of medication.

Besides schizophrenia, it is used in other psychotic disorders (being very effective in the treatment of positive symptoms), or other disorders that generate psychomotor agitation: tic disorders and Tourette’s syndrome, manic episodes or delirium tremens among others. Occasionally it has been used as an analgesic and antiemetic.

Another of the most common and well-known antipsychotics, is in fact the first antipsychotic to be found . It has similar effects and indications to haloperidol. It has also occasionally been used for the treatment of tetanus and porphyria, or as a last resort for OCD.

Due to the likelihood of extrapyramidal effects typical of neuroleptics , antipsychotic medication is often added to antiparkinsonian medication . In this sense, the use of elements such as Levodopa is frequent.

Reflection on their disadvantages and limitations

Pharmacological treatment of schizophrenia is essential and must be given continuously throughout the life cycle in order to prevent outbreaks. However, it is relatively common to find cases where patients have experienced an outbreak after deciding to stop.

The truth is that the continuous consumption of psychotropic drugs presents a series of disadvantages and limitations . In the first place, the continued consumption of a certain substance will cause the body to end up acquiring a certain degree of tolerance towards it, and therefore the effects may be less. This is one of the reasons why it is not uncommon for there to be changes in the dose or directly in the medication (using other active ingredients).

Another great limitation of neuroleptics is that although they have a great effect on positive symptoms (highlighting hallucinations, delusions, agitation and disorganized behavior and speech) the effectiveness on negative symptoms (poverty of speech and thought) still leaves something to be desired. In fact, typical antipsychotics either have an effect on the latter or may even make them worse. Fortunately, the atypical ones do have an effect on this symptomatology, although they still have a wide margin for improvement.

In addition, the presence of possible secondary symptoms is a major disadvantage. The most common one (not in vain another name of the first antipsychotics was that of major tranquilizers) is excessive sleepiness and sedation, which can limit the creativity and cognitive capacity of the subject. This may affect, for example, their performance at work or in academia . Alterations may also appear at the motor level, affecting some of the extrapyramidal pathways (although this is more frequent in the typical ones), and in some cases they also have an effect in the sexual field. In addition, weight gain, hypercholesterolemia and hyperglycaemia are also favoured.

They can be a risk factor for some diseases, and could be a risk for patients with some metabolic problems such as diabetes (being contraindicated for use in patients with diabetes, liver and heart problems). They are also not recommended during pregnancy and lactation or in subjects with dementia.

Finally, one limitation of the use of psychotropic drugs is the fact that in acute phases or people who do not accept their diagnosis there may be a high resistance or even forgetfulness of consumption. Fortunately in this sense some drugs have depot presentations, which are injected intramuscularly and are gradually released into the bloodstream over time.

Thus, although the use of antipsychotics is essential to prevent outbreaks and keep the symptoms under control, we must bear in mind that it has its limitations and can generate some problems. This should lead to further research to find and synthesize new drugs that allow a much more specific action and produce fewer adverse effects, as well as to assess and measure with great precision the type of drug and the doses we use in each case in order to produce the greatest possible comfort of the patient.