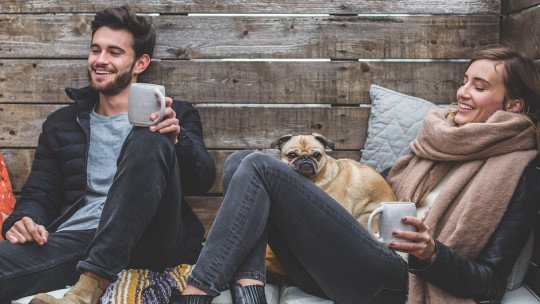 Traditionally, both in Spain and in other Spanish-speaking countries, it has been assumed that being in a relationship means, among other things, experiencing jealousy when possible competitors are close to the person you love. It is as if, by definition, love consists of reserving the other person for oneself, actively and, when necessary, through aggressive attitudes.

In fact, jealousy is very well regarded by many people. They are perceived as a sign of passion, something that makes it clear that we value the other person very much and that we would not bear to lose them. From this point of view, not experiencing jealousy in a relationship would be something like a sign that we don’t deserve to have a boyfriend, girlfriend, wife or husband.

However, this is changing. More and more often couples are claiming to be free of jealousy .

The characteristics of a relationship without jealousy

There are many elements that allow us to distinguish which are those couples that choose to limit themselves to enjoying the company of the other without distrusting it. In fact, something as simple as renouncing jealousy marks a before and after in any courtship or marriage .

It is an attitude that is clearly manifested through different facets of life, given that, although it may not seem so, romantic love as it is usually understood can lead to states of paranoia that prevent one from truly enjoying this emotional bond.

Below you can see what are the typical features of couples where jealousy is not involved.

1. Control of the other is conspicuous by its absence

This is probably the main characteristic of this type of love relationship. In these relationships, it is simply not acceptable to try to control the other person , to organize his or her schedule, or to impose obligations on him or her regarding how he or she should interact with other people.

Instead of trying to control the other, it is assumed that the relationship is based on symmetry and the absence of the power of imposition. It is true that there are a number of expectations and rules for living together, but that does not mean that there should be tyrannical control or quasi-police surveillance for fear of what might happen.

That’s why these kinds of couples don’t reproach each other for actions that, only if we get very pessimistic, could be an unclear sign of betrayal. Extraordinary accusations require extraordinary proof .

2. They quietly enjoy independence in their leisure time

It is clear to these couples that there are many hobbies, interests and interests that need not be shared . In fact, human beings are complex enough that it is quite rare for two people to be motivated to always do the same things at the same time… even if they are a couple.

Everyone needs moments to be alone, even those who are more extroverted. The most jealous people, in this type of situation, can come to believe ideas that border on delirium , such as taking for granted that every time their partner goes to a park or goes to read in the room they are actually going to interact with “competitors”.

It is not the same to be in a relationship knowing that the glue that holds it together is the self-imposed rules, as it is to do it having as a reason for the affective bond itself, and nothing else.

Living authentically every moment makes relationships much more rewarding , and it shows right away. And that’s why jealousy-free relationships are more likely to lead to moments of happiness.

It is logical that relationships in which jealousy is notorious, moments of paranoia abound.

This, of course, causes stress to build up, as there is always cause for concern; after all, the moments when the other person could theoretically be betraying us appear all the time. This is especially true since everyone uses the Internet and smartphones to interact with all kinds of people.

5. They enjoy a greater social life

There is life beyond the couple. However, many relationships based on jealousy and gender stereotypes and roles are closed in on themselves. Why? Because the value of exclusivity is so strong in him that it is far above all other friendships. It is understood that the normal, default situation is to be together and isolated from the rest.