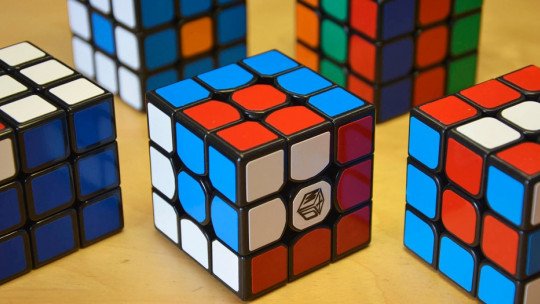 The theory of the 7 primary mental aptitudes of Thurstone , which appeared in the 1920s, is one of the most important psychological models of intelligence that exist.

The differential characteristic of this author in relation to others of the time was his focus on the multiple character of intellectual aptitudes, thus opposing the g factor of Spearman.

Louis Leon Thurstone (1887-1955) is considered one of the most influential authors in the field of psychometry. His main contribution is his theory of the 7 primary mental aptitudes , which opposed the unitary and hierarchical models of intelligence proposed by other pioneers such as Charles Spearman or P. E. Vernon.

In particular, Thurstone denied the existence of a general intelligence factor (the famous “g-factor”) to which all other cognitive abilities would be subordinated. For this author intelligence should be understood as a set of primary mental aptitudes that cannot be reduced to a single higher level dimension.

Together with authors such as Charles Spearman and Raymond B. Cattell, Thurstone is considered one of the main responsible for the establishment of factorial analysis methods in psychology . These mathematical tests have the objective of identifying the number and structure of the different factors that weigh in some type of psychological measure.

Thurstone’s objective was to find a configuration of intelligence that was faithful to the empirical data but keeping it as simple as possible; that is, he tried to explain the different aptitudes that form intelligence with a few factors of a higher order. Each of them maintained a strong correlation with a specific type of intellectual tests.

The influence of Thurstone’s work has been very noticeable in the later developments of the psychology of intelligence. Thus, we can find the inspiration for the model of primary mental abilities in the most recent versions of such important tests as the Wechsler Intelligence Scales and the Stanford-Binet Intelligence Scale.

After his first investigation, for which he used 56 different intelligence tests, Thurstone identified 9 primary factors or mental abilities.

Numerous subsequent studies have repeatedly validated 7 of these factors, so we can say that the Thurstone model has a solid measurement capability.

The verbal comprehension factor is associated with knowledge related to language in all its manifestations; it would therefore include vocabulary, semantics, syntax or pragmatics. The tests that weigh in the factor v include tests of reading comprehension, ordering of text segments, spelling, verbal analogies, etc.

This ability can be defined as a person’s ability to deliver coherent and structured verbal sequences quickly and naturally. To measure it, several types of tests are used which involve the rapid production of speech ; so, for example, the classic test of naming animals starting with a given letter could be used.

Numerical aptitude tests consist mainly of basic mathematical calculations: addition, subtraction, multiplication and division. Although they can be more complex, the simple arithmetic calculation tasks are given more weight in the factor n; the most relevant aspects are the speed of operations and the precision of the answers .

The factor s manifests itself in spatial orientation, in the representation of objects in space or in rotation tasks; since these are very broad capabilities, spatial aptitude is often divided into two or three secondary factors . The relevant tests involve predicting movements, comparing figures from different perspectives, etc.

This factor is associated with a specific aspect of memory: the ability to retain associations of pairs of elements . Thus, to measure associative memory, tests involving images, words (in visual or auditory format), symbols, etc. are used; they can be presented in the same modality or in combinations of more than one of these materials.

In the p factor, all those cognitive tests that are based on the comparison between different elements or on the identification of structures and sequences are weighted. Therefore, the skill that Thurstone called “speed of perception” refers to the speed with which we find the similarities and differences between various items.

7. General reasoning (r) or induction (i)

Some of the research that has been done on the Thurstone model distinguishes in part the factor r from the factor i. While the second factor corresponds to the capacity for inductive thinking (finding general rules with predictive value from series of elements), “general reasoning” has a more marked mathematical weight.