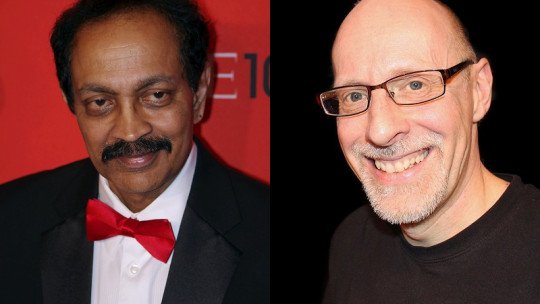 Psychology is a discipline in continuous renovation and its fields of study are practically unembraceable. Taking this into account, it is normal that every day new articles and research are being published about the human psyche, our behaviour patterns and the biological foundations on which they are anchored. That is why today the names of psychology professionals that appear most in the media and in scientific publications are very different from those that appeared twenty, thirty or forty years ago, and possibly they are not the classic authors (which we echoed in the article “The 10 most important psychologists in history”) that are talked about in psychology faculties.

If you think your knowledge about the main personalities in psychology is a little rusty, this list with the
most influential psychologists you will do well to catch up.

One of today’s leading exponents of the
evolutionary psychology . Pinker has talked about the way in which our genetics predispose us towards certain behaviours with a high adaptive value, and has also proposed the idea that language is a product of the evolution of our species carved by natural selection.

This psychologist is known for his study of
the connections between emotional states and the facial expressions they trigger. In fact, his work has inspired a work of fiction starring Tim Roth , the television series .

Zimbardo is known to have directed the famous
Stanford prison experiment. Since then Zimbardo has been president of the American Psychological Association and has written and lectured on the role of context in the moral conduct of human beings, using case studies such as the Stanford experiment and the torture cases of Abu Ghraib .

Ramachandran is known for his research on the phantom limb and for having invented the mirror box, a simple device that serves to relieve the pain associated with this phenomenon.

Elizabeth Loftus has conducted successful research on
human memory , especially with regard to the degree to which the judgement of witnesses in a trial can be trusted. He has provided evidence on how experiences that are lived alter memories that may seem perfectly reliable.

This researcher of Israeli origin is one of the few psychologists to have won a Nobel Prize: specifically, the prize for economic science. He specializes in the
behavioral economics and has found numerous evidences about how the decisions we make in our daily life are guided more by irrational thinking and heuristics than by perfectly logical and rational ways of thinking.

Bower has investigated
the relationship between memory and emotions . He has provided evidence on how different emotional states influence the way we remember things, as explained in this article.

Bandura has been one of the great referents of psychology for decades and is currently one of the most referenced psychologists alive in books and magazine articles. His
Social Learning Theory and Self-Efficacy are two of its best known theoretical constructs.

Dan Ariely has focused his work on decision making, the
strategies of deception and self-deception and irrational thinking styles. He is also a successful author of books in which he explains his understanding of human behavior and the morality that underlies it. By the way, we have previously recommended one of his books in this list of interesting readings related to psychology.

Mischel has been one of the main references in the field of personality theory. He has emphasized the need to study both variables related to personality and the motivations born from the interaction with the context in order to predict more or less reliably the behavior of individuals.

Wiseman originally started
He dedicated himself to the world of magic tricks and later went on to study psychology and obtain a doctorate in this discipline. He is currently a successful writer with several best sellers behind him, such as Rarology or The Luck Factor . In addition, as an ex-magus, part of his publications focus on the processes by which mediums and seers can easily deceive people. As a curiosity, he is the psychologist with more followers on Twitter.