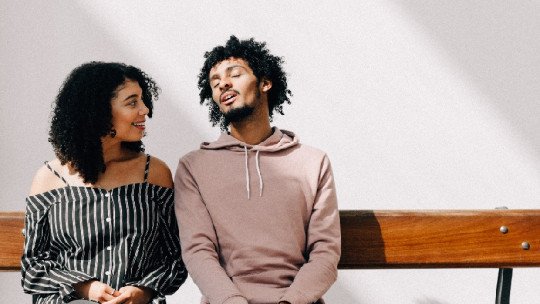 Tolerance is one of those universal values that we should all practice in our daily lives . It is a moral precept linked to respect, non-violence and pacifism.

If you are looking for famous quotes and phrases about Tolerance . you have come to the right place.

In this article we will reflect on this very basic ethical principle but, despite historical advances, it is still a matter of discussion.

Unfortunately, racism, fascism and other forms of intolerance still exist. To try to do our bit in the fight against these types of violence, here comes a compilation of the best famous quotes on tolerance .

1. A person who does not tolerate intolerance is not tolerant. (Jaime Luciano Balmes)

Great reflection in the form of a paradox.

2. Children need to have a lot of tolerance for adults. (Antoine de Saint-Exupéry)

The French author, in this tender sentence on childhood.

3. There is a limit to how much tolerance is not a virtue. (Edmund Burke)

Excessive zeal can turn into passivity.

Belief in respect for others does make the world better.

5. We are all full of weaknesses and errors; let us forgive each other our foolishness: this is the first law of Nature. (Voltaire)

Famous quote from the French philosopher.

6. A wrong opinion can be tolerated where reason is free to fight it. (Thomas Jefferson)

Tolerance should not be confused with the possibility of refuting vague arguments.

7. Tolerance is that annoying feeling that in the end the other one might be right. (Jonathan Garcia-Allen)

No one possesses an ultimate, unchanging truth.

8. I don’t like the word tolerance, but I can’t find a better one. Love pushes you to have, towards the faith of others, the same respect that you have for your own. (Mahatma Gandhi)

The Indian peace leader, in the use of language around the concept of respect.

9. What good is a house if you don’t have a tolerable planet to put it on? (Henry David Thoreau)

In search of happiness, we need a pleasant ecosystem to live in.

10. Tolerance is the virtue of the weak. (Marquis de Sade)

A curious phrase from the French writer.

11. Nothing is more attractive in a man than his courtesy, his patience and his tolerance. (Cicero)

A gentleman must observe these maxims of courtesy.

Those who have not left their small circle are not usually very respectful of other cultures or habits.

13. We can learn tolerance from smokers. I don’t know of a single one yet who has complained about non-smokers. (Sandro Pertini)

A funny and ironic phrase that invites us to reflect on our own and others’ rights.

14. That two and two are necessarily four, is an opinion that many of us share. But if anyone sincerely thinks otherwise, let them say so. Here we are not surprised by anything. (Antonio Machado)

An ode to elegance and respect for the opinions of others, from the Spanish poet.

Reflection of the Cuban singer-songwriter.

16. And as I have grown up, I have had a growing tendency to look for people who live for kindness, tolerance, compassion, a good way of seeing things. (Martin Scorsese)

Surrounding yourself with good people is a fundamental key to being happy.

17. When we want to be pleasant in society we must resolve to allow many things we know to be taught to us by people who ignore them. (Chamfort)

One of the most remembered phrases of tolerance.

18. When I meet someone I don’t care if they are white, black, Jewish or Muslim. It is enough for me to know that he is a human being. (Walt Whitman)

A sign of respect for people from other backgrounds.

19. We must therefore claim, in the name of tolerance, the right not to tolerate intolerant people. (Karl Popper)

Sociological phrase of the German philosopher and theoretical thinker.

20. Sad times for us! It’s easier to disintegrate an atom than a prejudice. (Albert Einstein)

Prejudice and why we should destroy it.

21. Our prejudices are the same as our watches: they never agree, but each one believes in his own. (Alexander Pope)

Great metaphor of the English poet.

22. The one who wants in this life all things to his liking, will have many dislikes in life. (Francisco de Quevedo)

Reality is sometimes not as we would like it to be, but that does not mean that we should not look at it with enthusiasm.

Being respectful and tolerant implies having an open mind.

24. Tolerance means that each person knows that he has in front of him someone who is his brother, who, with the same right as him, thinks the opposite and conceives public happiness in the opposite way. (Antonio Maura)

On the philosophical implications of each position.

26. Turn your wall into a step. (Rainer Maria Rilke)

In the face of prejudice, he looks for the exit and climbs in.

They must be our inseparable guides.

28. Let us get out of this dubious tolerance that makes us tolerate the intolerable – the misery, the hunger, the suffering of millions of beings. Outside this cave we shall find the sunshine – that of compassion and brotherhood. (Federico Mayor Zaragoza)

Valuable reflection of the Spanish poet and civil servant.

29. There is nothing rarer in the world than a person who can always be tolerated. (Giacomo Leopardi)

Few people are capable of not driving us crazy from time to time.

30. Balanced tolerance is the seed of freedom and harmony. (Francis Castel)

Reflection of the Spanish psychologist and writer.

31. Tolerance is far more far-reaching than indifference, for it is the fruit of experience and reasoning. (Arturo Torres)

About indifference, and its rational “opposite”.

Cultural heritage helps us to put ourselves in other people’s shoes, whether or not they think the same way we do.

35. The fanaticisms that we should fear the most are those that can be confused with tolerance. (Fernando Arrabal)

Famous reflection of the Spanish philosopher.