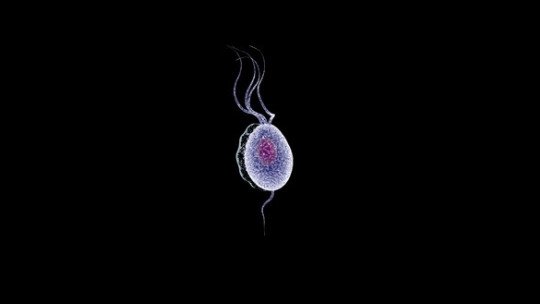 Despite the fact that there is a wealth of information on sexually transmitted diseases and infections today, such disorders are still dramatically prevalent in people around the world.

Some, like HIV/AIDS, remain an epidemic that ends or greatly alters the lives of millions of people without curative treatment. Others can fortunately be cured, even though they are often socially undervalued. One of the latter is trichomoniasis , which we will mention throughout this article.

One of the most common STDs: trichomoniasis

This disease is caused by a protozoan parasite that is transmitted through vaginal sex and infects the genitourinary tract. Trichomoniasis may or may not have obvious symptoms, and can often go unnoticed by the person in question. In fact, it occurs in about seven out of ten cases.

There is an incubation period of between five and twenty-eight days between infection or transmission and the onset of possible symptoms. It can appear in both men and women, although in the former it is usually asymptomatic. Often the symptoms are so mild that they can be mistaken for other problems, and they may appear and disappear intermittently.

When symptoms do appear, it should be taken into account that first of all, one of the possible alterations generated by this disease is the appearance of inflammations such as vulvitis, vaginitis or urethritis , and it is also common for abnormal secretions to appear.

In women, trichomoniasis commonly causes discomfort, burning, and pain in the genitals when urinating or having sex, along with possible secretions that are usually greenish or yellowish in color and foul-smelling. There is also dysuria or difficulty urinating, bleeding, and spotting on the surface of the vagina.

In the case of men, in the few cases that symptoms occur, there is pain and burning when urinating or ejaculating, difficulty in urinating or dysuria and the need to urinate many times during the morning. Purulent discharge from the penis may also occur. Occasionally it can generate inflammation of the prostate .

In either case, and especially in the case of women, trichomoniasis can have significant health implications.

In pregnant women it has been seen that it can cause prematurity and low weight in the newborn, and can even transmit the disease to the fetus.

In both sexes, it also facilitates the appearance of wounds and the transmission or infection of other venereal diseases, including HIV. In fact, it is not unusual for this infection to appear together with others such as gonorrhea.

Causes and transmission of this disease

Trichomoniasis is a disease caused by infestation with a parasitic protozoan called Trichomonas vaginalis , and is contracted through unprotected sex.

In addition to all the above, it should be noted that it is very simple and common for a person with this disease to infect his partner , and that even if treated he can be reinfected by his partner. In this sense it is fundamental that when trichomoniasis is detected both the person and his or her sexual partner(s) are treated.

Trichomoniasis is fortunately a disease that has effective treatment, being easily curable. Specifically, such treatment is based on the prescription and taking of antibiotics .

One of the most common is in tinidazole, which eliminates and prevents the multiplication of the protozoa causing the disease (it is also used in other venereal diseases). The other is metronidazole, which can be prescribed in cream or tablet form. There are versions in which one intake of the drug is sufficient, although daily doses may be required. The disease usually subsides about a week after starting the treatment, although an improvement in symptoms can be seen as early as day two.

As indicated above, it is essential that the treatment is carried out by both partners at the same time. Sexual contact should be avoided until the disappearance of the causative microorganism is observed . Also the consumption of alcohol and other substances, since they interfere with the functioning of the drug.

In any case, the easiest way to avoid possible diseases like this is in prevention, using prophylaxis such as condoms or other barrier methods.