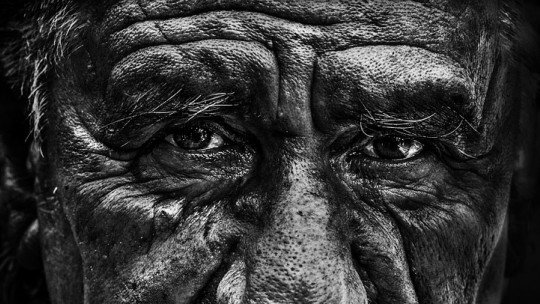 Alterations in the rhythm and frequency with which the heart pumps blood, whether due to excess, deficit or irregularity, are known as arrhythmias. Although in many cases these abnormalities are not serious and do not produce symptoms, in others they increase the risk of heart problems such as heart attacks or sudden stops.

“Arrhythmia” is the name given to disorders of rhythm and heart rate . These disorders may involve an increase, decrease, or irregularity in the speed of the heartbeat.

We speak of tachycardia when the heart rate and/or rhythm is significantly increased (more than 100 beats per minute in adults), while if there is a slowing down (less than 60 beats per minute) we are dealing with a case of bradycardia.

Their severity varies: while some arrhythmias are harmless, others may be a symptom of larger circulatory problems or even pose a health risk in the short term, increasing the likelihood of heart attacks or strokes .

If the problems are severe, treatment of arrhythmias usually consists of blood-thinning or beta-blocker medication, heart surgery, or, in cases of bradycardia, implantation of a pacemaker. Each of the different types of arrhythmia is treated in a different way, since the alterations may be opposite to each other.

Causes of these alterations

Arrhythmias are due to alterations in the electrical impulses of the heart. These abnormalities may be caused by the appearance of extra electrical signals, the blocking or delaying of electrical conduction, or the propagation of these impulses through improper pathways.

Although they can occur at any age, arrhythmias are more common in older people . In many cases they are influenced by congenital problems in the morphology of the heart or diseases such as high blood pressure, diabetes, hyperthyroidism, hypothyroidism or heart failure.

The most common causes of tachycardia are the use and abuse of medications and stimulant substances, such as antidepressants, antipsychotics, cocaine, alcohol and caffeine. Continued stress also promotes the development of tachycardia. As for bradycardia, it usually occurs as a result of atrioventricular or cardiac blocks.

In many cases, arrhythmias produce no detectable signs or symptoms beyond the alteration in heart rhythm or rate itself. Even asymptomatic arrhythmias can predispose to heart problems and accidents, for example by forming clots that make it difficult to transport blood to the heart.

People with arrhythmia often notice palpitations or pauses between heartbeats. These may be more or less frequent and occur continuously or intermittently.

In more severe cases of arrhythmia, symptoms such as fainting or syncope , breathing difficulties, sweating, pallor, sensations of dizziness and lightheadedness or chest pain may occur. The more severe the arrhythmia, the greater the likelihood of cardiac arrest, heart attack, or sudden death.

Types of arrhythmia and their severity

There are four main types of arrhythmia . Each of them is made up of a series of alterations of varying severity.

The extrasystoles consist of extra beats arising from electrical impulses that are inadequately propagated throughout the heart. They are premature ventricular contractions followed by a compensatory pause .

This type of arrhythmia is the most common of all and is usually not dangerous, so it generally does not require treatment. Normally, extrasystoles are asymptomatic, although people who suffer them may notice agitations in the chest or the sensation that the heart omits some beats.

This type of arrhythmia is characterized by the appearance of tachycardias in the atria of the heart or in the atrioventricular node, which as its name indicates is located between the ventricles and the atria.

Among supraventricular arrhythmias, the most common subtype is atrial fibrillation , rapid and irregular contractions that are attributed severe severity as they indicate that the heart is not pumping blood correctly. They predispose to episodes of heart failure and strokes.

Ventricular arrhythmias account for approximately 80% of all deaths from sudden heart failure , so they are considered a serious form of this disorder and often warrant medical intervention, especially when episodes are prolonged.

Among the factors that lead to the appearance of ventricular arrhythmias are the presence of heart disease, the weakening of its muscles and the fact of having suffered previous heart attacks.

These arrhythmias consist of bradycardia, that is, the slowing of the heart rate or rhythm. When they are intense, the blood does not reach the brain in the necessary amount, so it can cause dizziness and even syncopes. In general we can say that their severity is less than that of ventricular and supraventricular arrhythmias .

Some of the most common causes of bradyarrhythmia are aging, hypothyroidism, heart attacks, or the use of drugs such as beta-blockers. However, some people, especially if they are in good physical shape, usually have a heart rate of less than 60 beats per minute; in these cases bradycardia is not a problem.