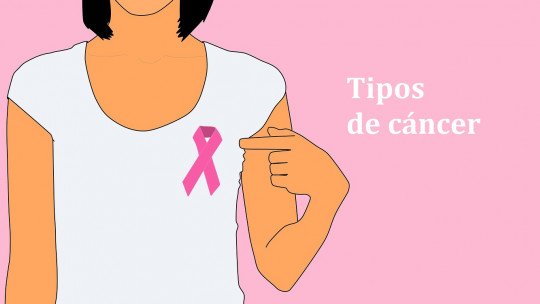 Cancer, unfortunately, is a disease that is very often talked about nowadays . According to estimates by the Spanish Society of Medical Oncology (SEOM), 220,000 new cases will be diagnosed in Spain by 2015.

Likewise, the same institution states that the future is alarming, since taking into account the forecasts of the United Nations (UN), it is estimated that in 2020 246,713 new cases of cancer will be diagnosed in Spain, 97,715 in women and 148,998 in men.

Our bodies are made up of millions of trillions of cells, which are so small that they can only be seen through a microscope. These cells group together to form the tissues and organs of our body, and among them we find a great diversification as they perform different functions. With this complementation they cover the vital needs of an organism, such as the maintenance of the body structure, nutrition and breathing.

Cancer occurs when normal cells become cancerous, that is, they multiply uncontrollably and invade adjacent organs or tissues.

Cancers can start anywhere in the body and are named and classified according to different characteristics. But, what types of cancer are there? We explain them below .

A) Types according to your prognosis (benign or malignant)

Although many people think that the word cancer and the term tumor are the same, they are not. Tumors can be either benign or malignant. If the tumor is benign, the cells multiply uncontrollably but do not spread to other parts of the body. The benign tumor is usually not life-threatening, but if not treated early, it may become malignant or cancerous.

Malignant tumour or cancer occurs when uncontrolled cells spread to other areas of the body , which is called metastasis.

B) Types of cancer by origin

Depending on the origin, cancers are given specific names. For example:

C) According to the type of fabric

The International Classification of Diseases for Oncology (ICD-O) has been in use for nearly 25 years and is considered a prognostic and diagnostic tool for coding tumors and cancers.

According to the third edition of this manual, there are six types of cancer :

This is the most common type of cancer, and has its origin in the epithelial layer of the cells . These cells are the ones that line the entire surface of the body as well as the internal structures and cavities. Carcinomas can occur in different parts of the body, for example, the lung, breast, prostate and colon

There are different types of carcinomas:

Sarcoma is a malignant tumor of the connective tissues , including: muscles, bones, cartilage and fat.

Depending on the origin, there are different subtypes of sarcoma:

Myeloma or multiple myeloma is a cancerous tumor that originates in the plasma cells of the bone marrow . Normal plasma cells are an important component of the immune system, as the immune system is made up of several types of cells that act together to fight disease and infection. For example, lymphocytes.

Leukaemia is a type of blood cancer that affects about 5,000 people in Spain every year . Leukaemia occurs when different cells become cancerous affecting the bone marrow. Although it might seem that leukaemia and myeloma (explained in the previous point) are the same, in reality this is not the case.

You may even have more doubts when you hear the name of a type of leukemia called myeloid leukemia. Well, multiple myeloma and myeloid leukemia involve different types of cells. Although the cells affected in leukemia also occur in the bone marrow, they are not plasma cells.

Leukemias can be classified according to different criteria:

If there could be doubt between leukemia and myeloma, the terms lymphoma and leukemia can also be confusing. But leukaemia is often called liquid cancer because it affects the blood, whereas lymphomas are known as solid cancers because they originate in the lymph nodes .

These cancerous tumors are characterized by the presence of two or more carcinogenic components . They are rare and can be caused by a poor prognosis. A mixed type of cancer is, for example, carcinosarcoma, a mixture of carcinoma and sarcoma. That is, it is a cancer of the epithelial tissue and at the same time connective, bone, cartilage or fat tissue. However, there are other rare “mixed type cancers” such as mixed mesodermal tumor, adenosquamous carcinoma or teratocarcinoma.

The grades of this classification, proposed by the World Health Organization (WHO), “should be considered as grades of malignancy and not stages of malignancy, regardless of whether certain grade III or IV tumors are the result of a malignant transformation of a pre-existing tumor,” according to this institution. Therefore, according to the grade, the WHO classifies the tumors in

Depending on whether or not they have a circumscribed character

Depending on the prognosis and the degree of abnormality.