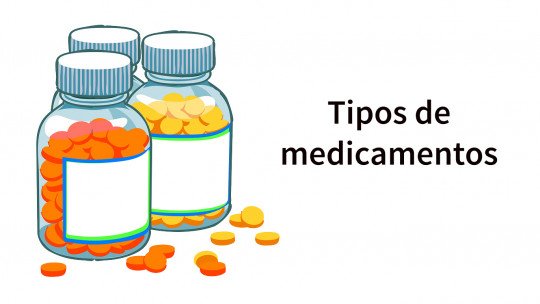 Medicine is one of the sciences that has had the greatest impact on mankind. Thanks to it, the average life expectancy of men and women has been extended. The ability to study and understand many of the disorders, infections and diseases that have affected us throughout history has allowed us to seek ways to achieve better health. Among them is the use of medication .

Drugs are a chemical compound that consists of one or more active ingredients (which perform the action within the body) and excipients (elements that are there to facilitate the administration of the active ingredient). Today, there is an extensive catalogue of different types of drugs, an entire industry is behind them. And their usefulness has become very common, which has made it necessary to carry out campaigns for the rational use of drugs.

Types of medicines by use

There are various criteria to classify drugs, such as the ATC code (Anatomical, Therapeutic, Chemical) used by the WHO or other simpler ones, such as those guided by their pharmaceutical form (solid, liquid…), according to the route of administration (oral, rectal…) or according to their indications. The latter may be the simplest to start differentiating types of drugs, because it focuses on their use without going into much more detail.

Even so, the list of drugs is very extensive, so the best option is to focus on the most commonly used drugs to simplify classification.

In this group of types of medication are all drugs that are intended to relieve physical pain , whether it is head pain, joint pain or any other pain. Its catalogue can be divided into two large families: opioids and non-opioids.

The former are more powerful, are not permitted in self-medication and can be addictive (like morphine); while the latter are quite the opposite, and include both Non-Steroidal Anti-inflammatory Drugs (NSAIDs), such as ibuprofen and aspirin or paracetamol. General side effects of NSAIDs include promoting the development of ulcers, can cause kidney complications and increase blood pressure.

Two distinct groups of drug types, but they share similar functions: the reduction of gastric secretions . If the acidity decreases, the appearance of ulcers is prevented. A well-known example is Omeprazole.

In these drugs, the most important side effects are alterations in the intestinal transit (diarrhoea or constipation).

This category groups together drugs that are intended to combat the negative effects of allergic reactions or hypersensitivity.

The most popular are drugs in the antihistamine family, whose mechanism of action influences histamine, which plays an important role in allergies. Its adverse reactions are minimal, but it can cause diarrhea, drowsiness, fatigue or headaches.

Antidiarrheals are types of medicines that are intended to relieve and stop the effects of diarrhea . The most used currently are drugs that inhibit the motility of the intestine, which favours retention in order to achieve greater consistency and volume in the stool. Adverse reactions to these drugs are minimal, although some have been reported such as abdominal pain or constipation.

Laxatives, on the other hand, are prescribed for the opposite case, in other words, to solve problems of constipation due to increased bowel movement or lubrication. Their use should be moderate and as a support, because a prolonged treatment makes the intestine not work properly, diminishing its capacity to absorb nutrients.

This type of medication is prescribed to deal with infections . Depending on the infectious agent, they are classified as antibiotics (against bacteria), antifungals (against fungi), antivirals (against viruses), and antiparasitic (against parasites).

Self-medication is not recommended, so a doctor’s prescription is always needed. The major side effect, especially in the case of antibiotics, is that they exert an artificial selection on the infectious agents.

For example, in the case of bacteria, within the same type of bacteria, there may be strains that resist the effect of a particular antibiotic. When that antibiotic is misused, all but the resistant bacteria die, so it eventually ceases to have any effect.

As the name suggests, are drugs that aim to reduce the effects of inflammation . The most prescribed are those classified as NSAIDs, which in addition to reducing inflammation, have analgesic effects.

Antipyretic drugs are a type of medicine that have the ability to reduce fever . Among the best known are aspirin, ibuprofen and paracetamol, which also have other functions.

In general, like NSAIDs which are the first two, they can generate problems in the digestive system, unlike paracetamol.

These are drugs that are prescribed to try to reduce non-productive coughs , that is, they do not release phlegm. Great care must be taken with their dosage, as some of them, such as codeine, are addictive.

As for mucolytics, these are medicines that are recommended when the mucus makes it difficult to breathe properly. Their side effects are minor, such as headaches or allergic reactions.