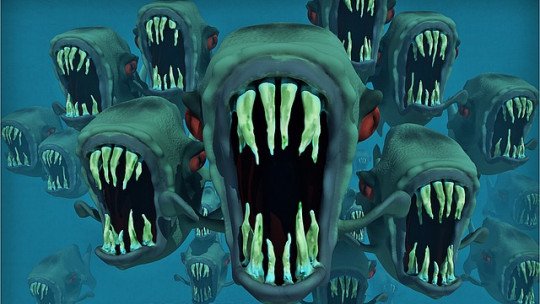 Phobias have long been part of the collective unconscious of the West . Even those people who have never experienced a phobia in any of its forms know that human beings are capable of developing an irrational fear of practically everything that can be perceived or imagined: clowns, spiders, specific colours, etc. But… wouldn’t it be more appropriate to talk about types of phobias rather than “phobias” as if these forms were a single unit?

This is precisely what makes phobias such an interesting topic: there are as many of them as there are elements in our habitat and our cultures. In other words, they are practically infinite , and it is always surprising to see the extent to which there can be people who at a given moment in their lives develop an atrocious fear of things, ideas or living beings that can hardly be described as dangerous. For example, in this article you have some examples of strange phobias.

What are the types of phobias that exist?

T his variety makes it difficult to make a “mind map” of phobias and to know which ones are the most common . In reality, it is impossible to have access to a totally exhaustive and detailed classification of phobias, because the variety of phobias is very possibly infinite, and therefore it is useless to try to create an exhaustive classification with all types of phobias: there will always be some that will go off the charts. Anything or any thought is likely to generate irrational fear under certain circumstances.

However, it is possible to draw up general classifications on the types of phobias . They may not be perfect or totally exhaustive, but at least they are useful and give a rough idea of how these irrational fears are usually expressed.Thus, a classification of classes of phobias that includes the most common ones could be as follows.

This is where all these phobias related to living beings with the worst image, such as spiders or snakes come in, but technically any of these types of phobias whose triggering stimulus is an animal, whether it is a hummingbird, a raccoon, a crab or any of the possibilities that evolution offers us, can be included in this category.

Three types of phobias specific to this category that deserve an honorable mention because they are so common are ophidiophobia, arachnophobia and cinnophobia, snake phobia, spider phobia and dog phobia, respectively. It may be useful in certain cases to have some respect for these animals because of their ability to harm us, but of course spiders and dogs are numerous enough that being too afraid of them can be very counterproductive. Other examples of animal phobia can be found in anxiety disorders such as musophobia, or fear of mice, as well as in hypophobia or escolephobia.

One of the great classics and, according to some studies, seems to be one of the most common types of phobias. However, the phobia of blood presents a peculiarity that distinguishes it from the rest: it often leads to fainting . You can read more about this in the article dedicated to this phenomenon.

The fact that we are at a greater or lesser height than the place we perceive as the “ground” or base of the place we have climbed is clearly related to the danger we are exposed to. The higher we are, the greater the risk of dying in the event of a fall. However, sometimes the fear of heights can be so severe and disabling that it can be considered a type of phobia related to the natural environment. This is especially relevant if we consider that in cities sudden changes in height are frequent, especially in buildings.

Storms are usually associated with quite a few things that can be quite scary , and when in addition to a traumatic component related to past experiences, the existence of astraphobia is not at all strange. This is a type of phobia that can be especially problematic, because the noise of storms can penetrate walls and make calming down difficult. One of the strangest types of phobias, since in this case the phobic stimulus is rain itself, an element that hardly poses a real risk beyond flooding. However, it is believed that as a relatively common weather phenomenon in many parts of the world, it can be associated with unpleasant or traumatic events with relative ease.

Airplane phobia is possibly the most frequent situational phobia . Not only is there a component of fear of dying in the event of the failure of the surrounding machinery, but also the fact of being in a small space with many strangers piled up makes the stress difficult to reduce.

Places that are narrow or have walls that are very close to each other create a feeling of distress in many people, but can also cause some people to panic. Claustrophobia is one of the best known types of phobia because of the seriousness of fearing this type of space in societies where much of life takes place inside buildings and enclosures.

The irrational fear of driving is one of the unpleasant surprises that many people discover when it is their turn to take their first practical car lessons (the other surprise is the estimate of the money they are going to spend on them).

But amaxophobia is especially dangerous among all types of phobias, because it prevents careful driving and puts one’s own life and that of others at risk. In fact, within the category of specific phobias, it is one of the most frequent reasons for consultation in psychotherapy offices. You can read more about amaxophobia in this article. A different category of phobia types from the one we have seen so far is the one that h refers to social interaction . Social phobias may be very varied, appear only in certain contexts and not in others, and be based on different reasons, such as fear of aggressions that may be triggered or fear of marginalisation.

One of the common symptoms among people suffering from social phobia is erythrophobia, which is the fear of blushing. On the other hand, this is one of the types of phobias in which catastrophic thoughts are more common, since it involves the anticipation of very embarrassing situations or significant damage to one’s public image: hesitation in speaking, falling, inability to look into one’s eyes… The anticipation of this makes the level of anxiety rise, which is why the phenomenon known as self-fulfilling prophecy occurs.

Social phobia can be highly disabling, because it greatly limits a person’s options when it comes to making friends, asking for help, negotiating, looking for work, etc.

You can find out more about the causes, symptoms and treatments for social phobia by reading this article.