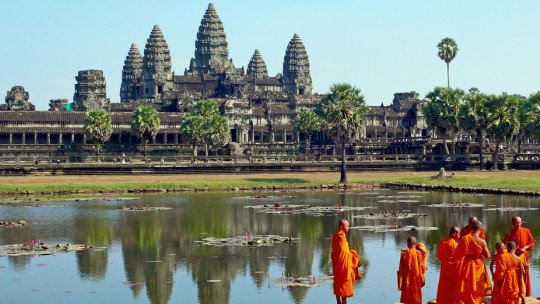 The phenomenon of religions is not something homogeneous and easy to understand just by reading one of the sacred texts of a certain religious faith.

The fact that religion has been present since the beginning of the intellectual activity of our species has made the amount of beliefs, rituals and customs so great that it is necessary to take into account the different types of religion to understand what this way of understanding the world consists of. You cannot take the part for the whole.

In the following, we will see in broad terms what the characteristics of these types of religions are and in what aspects they differ.

Classifying different religions is not easy, among other things because there is no single criterion for dividing them into groups. Furthermore, the whole religious phenomenon is based on interpretations , which means that there is no absolute truth when it comes to understanding them (beyond the religious dogma of the most fundamentalist believers).

This type of religion is made up of currents of thought and traditions that are not articulated around the belief in divine beings with an intelligence and will of their own .

For example, certain branches of Buddhism and Taoism are often considered non-theistic religions. However, there is also the possibility of understanding them as philosophies, even though a broad definition of the concept of religion may include them, since they are based on dogmas and certain traditions and rituals.

Pantheism is based on the idea that the divine and nature are the same, a single unity that cannot be divided. This means that the divine does not exist beyond the natural and vice versa and that, moreover, there is no metaphysical subject that orders everything that happens in nature, since nature is self-sufficient.

In a way, pantheism can be seen as a romantic philosophy through which atheism is viewed.

This is the most widespread type of religion today, and it is based on the idea that the world has been created or is run by entities with supernatural power that, in addition, act as moral referents .

Theistic religions can be divided into two categories: monotheistic and polytheistic.

In this type of religion it is clearly established that there is only one god , which is the entity with the greatest virtue and power. In case there are other supernatural entities, they are below that divinity in terms of power, or have been created by it.

The three Abrahamic religions, Judaism, Islam and Christianity, belong to this branch, but so do others that are less well known, such as Mazdeism (related to the prophet Zarathustra) or Sikhism, which is well known in India.

In dualistic religions there are two supernatural entities of the same rank that embody opposite essential principles and that fight against each other. This struggle, in turn, explains all the processes that can be verified in nature and in people’s behaviour.

An example of this type of religion is Manichaeism.

In polytheistic religions there is neither one god nor one duality, but several, regardless of their rank or degree of power, which form a pantheon . Hinduism or well-known religions of antiquity such as that of Egypt or that of the Greco-Roman culture are examples of this category, as are the deities of Scandinavian mythology.

The types of religion can also be divided according to criteria that do not have to do with the content of the beliefs on which they are based, but rather by their geographical origins and the ethnic groups to which they are linked .

Hundreds of categories and subtypes can be included in this classification, but I will include only the broadest and best known types.

Also known as Abrahamic religions, they are based on beliefs related to the figure of Abraham and the region of the Fertile Crescent .

This category includes the many religions that originated in the area of India , such as Jainism, Hinduism, Sikhism or Buddhism.

The diversity of cultures present in the continent where our species appeared is reflected in a great proliferation of different cults , many of which are based on animism, that is, the idea that numerous elements of our environment (whether animals, objects or landscapes) contain a spirit and specific intentions. However, animism has also been very present in cultures all over the planet.

This type of religion belongs to the peoples of pre-colonial America. Historically, like the African ones, have been based on the oral tradition , and among them there is much diversity both because of the relative isolation of these peoples and because of the rather small size of their communities, which facilitates the appearance of unique characteristics.

Types of religions according to their influence

It is also possible to differentiate types of religions according to the way they have transcended their ethnic origins .

This group of religions contains the most widespread ones, such as Christianity or Islam, which are not restricted to a particular nation or culture.

They are religions that are very localized in specific areas and closely linked to tribes and family lineages. Of course, this category encompasses very diverse belief systems, but generally all of them are characterized by the attribution of soul, reasoning ability and clear intentionality to multiple types of animals, plants and objects, and the absence of sacred texts.

They are cults that have recently been born from a recovery of the rituals and basic beliefs of old religions displaced by the dominant ones. Therefore, they try to investigate about rituals and doctrines of the past to generate their symbols and usual practices. Wicca, for example, is an example of this group .

This is a category of very diffuse limits that includes forms of religious expression that have appeared recently and that do not respond to the need to recover traditional values, but rather assume their birth in a globalized society.

Although it is possible to create categories to classify different types of religions, it should not be forgotten that in all cases these are belief systems with ill-defined boundaries and that they change over time. A clear example is that of Christianity, based on a series of sacred scriptures that describe a God who is sometimes infinitely kind and sometimes terribly cruel, and who sometimes encourages his followers to behave like saints, and sometimes encourages them to behave like warriors, and who in many regions has been mixing with beliefs prior to Christianization resulting in syncretic religions.

The boundaries we want to establish between religions are always like any other boundary: social constructs generated by consensus. The reality of what is embodied in this kind of faith escapes definition.