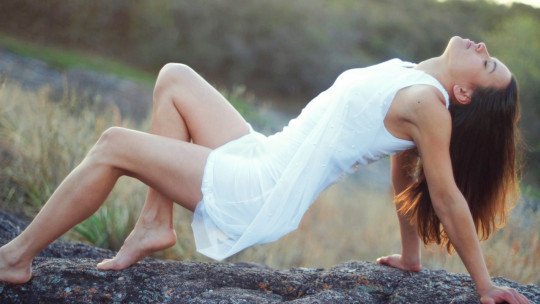 Throughout history, human sexuality has been a taboo subject for society, being socially censored and repressed.

The suppression of libido and ignorance about the process and different phases of sexual response has led to the emergence and failure to address various problems that have prevented the full enjoyment of libidinous desire and relationships. One of these problems is the disorder known as vaginismus .

Vaginismus is a female sexual dysfunction , being this type of dysfunction that group of disorders produced by an alteration of the processes of human sexual response or the presence of sensations of pain during the act.

This type of disorder can be acquired from a specific moment in life or be present throughout one’s life, and its causes can be psychological or a combination of organic and psychic variables. Furthermore, they can occur both at a general level and in the presence of specific circumstances.

The main symptom of this disorder is the presence of persistent and recurrent involuntary contractions over time in the vaginal musculature , and especially of the pubococcygeal muscle, which contracts and closes the entrance to it.

In this way the entrance to the vagina is not accessible, which can prevent or simply make it difficult (because what is prevented is penetration) to perform sexual practices. In addition to the maintenance of sexual relations, vaginismus can even affect on a medical level, making gynecological examination very difficult.

The severity of the condition of vaginismus can vary greatly, ranging from a mild contraction that may not cause great difficulties to widespread spasms and make it completely impossible to insert anything into the vagina. Depending on the case, even the thought of introducing some object or being penetrated may cause the muscular contraction characteristic of vaginismus. The attempt to penetrate in this state causes deep pain.

Suffering from vaginismus does not mean that the woman who suffers from it is not aroused or enjoys the idea of having sex. It is not uncommon for this to happen in cases where the woman in question is sufficiently aroused and enjoying sexual interaction. Thus, penetration is prevented, but other activities of a sexual nature remain viable.

Vaginismus tends to be chronic unless it is treated. Over time, it can lead to a real aversion to sex and the patient’s avoidance of intimacy and the possibility of intercourse.

Vaginismus is a sexual dysfunction that can come from different causes. In some cases it can result from a medical condition, such as infections, surgery, or in some cases even during menopause.

However, it is much more frequent that its origin is due to psychological and psychosocial circumstances , being generally linked to experiences of fear and guilt.

The fact of having received a rigid and restrictive education in relation to sexuality influences the fact that ideas of guilt, doubt and fear may appear before the performance of the sexual act, which may cause the contraction of the vaginal muscles.

It is not uncommon for women with vaginismus to have suffered severe traumatic experiences related to sexuality . People who throughout their childhood have suffered sexual abuse or have seen it committed, people from families with situations of gender violence or domestic violence or women who throughout their lives have suffered rape are more likely to suffer sexual dysfunctions such as vaginismus due to the fear, pain and anxiety linked to the traumatic experience and associated with the performance of the sexual act.

As with erection disorders in men, the fear, guilt and anxiety at the possibility of not being able to commit the act may cause the symptoms of vaginismus to occur at a somatic level .

Vaginismus can be treated with a variety of therapies . Some women come to the clinic with the idea of having surgery, but this method is not very useful unless its causes are organic, since it does not treat the problem itself and its underlying causes and may even in some cases make the situation worse.

Instead, the following treatments are usually used, usually in combination.

Taking into account that in many cases of vaginismus, the people who suffer from it have had traumatic experiences or have had a very repressive education about female sexuality , the psycho-education and explanation of the processes considered normal within sexual relations is a useful tool to take into account and apply. Understanding and explaining their situation and the treatments to be applied can also be a great relief for women with this problem.

One of the problems that causes and maintains the disorder, as in a great majority of other sexual dysfunctions, is anxiety, fear and insecurity caused by the occurrence of a feared phenomenon , as in this case is the penetration or entry of something into the vagina. The most effective way to overcome this anxiety is systematic exposure to the feared situation. This exposure should be done gradually, using techniques such as systematic desensitization. The goal is to recognize and overcome the fear step by step, until the act is no longer aversive or anxious.

As we have said, the process has to be gradual, starting with visual self-observation and continuing with the tactile exploration of the genital area.

One of the most common treatments in vaginismus is performing techniques to control the pelvic muscles, learning to contract and relax them , increasing muscle tone and control of the pelvic area. In this way the patient can also have a greater sense of control and engage in sexual activity more safely.

Pubococcygeal muscle training in Kegel exercises is usually the most common procedure.

4. Use of vaginal dilators

Another mechanism to deal with vaginismus is the use of vaginal dilators . The use of these instruments, applied in a graduated manner, allows for a decrease in fear and anxiety about penetration, while strengthening the pelvic muscles.

Vaginismus is a disorder that can be a real source of both psychological and physical suffering for those who suffer from it, limiting intimacy with a partner and eventually limiting a woman’s self-esteem and self-concept. That is why it is necessary that the person with whom the relationship is maintained , if it is an established couple, is aware of the problem and receives some type of advice on how to face the situation and help their loved one.