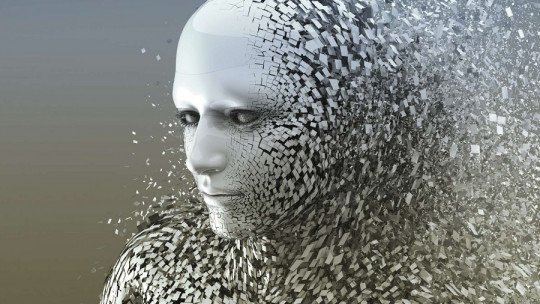 We often hear, read, or even use terms of which we are not completely sure of the meaning. Out of common sense we make arbitrary associations between a state and a term that is not always the one that correctly describes that state. This situation often occurs with the vegetative state , which is associated with the coma state or the minimally conscious state. But in reality these three are different, and we should be clear about their differences.

In this article we will know the most relevant aspects of the vegetative state, its possible causes and symptoms, as well as the treatments and care used for these cases .

What is the vegetative state?

This means that the subject in a vegetative state will have vital signs and will give the impression of being awake, in a state of vigil, but will not really respond to any stimulation from the environment, nor will he be able to speak, in addition to not possessing consciousness of himself or others .

This circumstance represents one of the rarest and most uncommon brain pathologies to occur, but when it does, it is a permanent state. There are treatments that apparently have given results with some patients, making them recover brain functions after some time. But it has not been possible to determine whether these patients were really in a vegetative state or only presented a state of minimal consciousness.

This state occurs when there is some significant damage to the top of the brain , making it impossible for the individual to have higher mental functions. However, the ascending and descending reticular systems (SARA and SIR) remain functional, taking care of the subject’s states of wakefulness and sleep.

Some of the specific causes that can lead to a vegetative state are especially a head injury, a cardiac or respiratory arrest that prevents the arrival of oxygen to the brain. Brain haemorrhages or infections can also trigger the vegetative state in the individual .

Despite the fact that the brain is affected in its most significant functions it still has the ability to act in certain areas of life , so it may sometimes seem that the person is reacting consciously to the environment. But in reality these are basic primary reflexes, which have a specific response to some stimuli.

For example, patients in a vegetative state manage to make a fist when their palms are touched . This does not mean that they do it deliberately, it is more like the palmar reflex of babies.

Other symptoms of the vegetative state are the following: they can open their eyes, they have apparently normal sleeping behaviors; but they are not necessarily related to day and night, they are able to breathe, suck, chew, cough, choke, swallow and make sounds with their throat.

Although these behaviors may seem conscious, in reality they do not respond to any deliberate thought or intention on the part of the patient .

When the cause of the vegetative state has been a trauma to the skull and not a disease that impairs oxygen delivery to the brain, minimal levels of EEG consciousness can be detected.
For example, some patients may imagine that they move their upper limbs, but are not able to actually do so. As for physiological needs, they are completely involuntary in all cases.

For a correct diagnosis it is necessary that the patient has had the corresponding medical evaluation , as well as a nuclear magnetic resonance.

Apart from these assessments, observation must be constant over a significant period of time, to avoid some signs of consciousness being overlooked.
Treatment

Bearing in mind that at present this state is not reversible , the care and treatment are of a preventive nature, to avoid that the physical situation of the subject may be affected to a greater extent.

What is done in these cases is to prevent the problems associated with immobilization and to ensure that the nutrition is correct.

The physiotherapist and nutritionist usually provide support to the caregivers during the first days of care, indicating how the movements should be to help the patient and what the specific diet should be .

Depending on the laws of each country, there are measures regarding the suspension of life supports during the vegetative state. This issue should be discussed by the hospital authorities together with the relatives. If the patient has left his or her wishes in writing, these should be taken into account in the final decision.