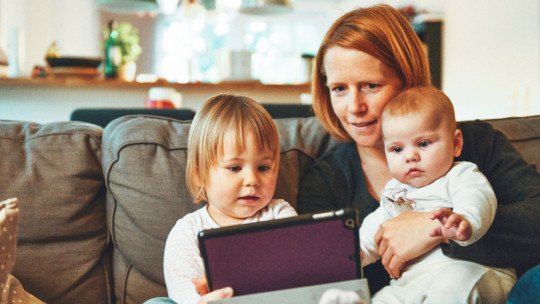 When we set out to learn something, we do not always do so through direct experience; we often look at what others are doing.

This is called vicarious learning , a phenomenon that, as simple as it may seem, when it was first formulated by psychologist Albert Bandura was a revolution in the field of behavioral science. Let us see why.

Technically, vicarious learning is the type of learning that occurs when observing the behavior of other individuals (and the outcomes that those behaviors have) leads to a conclusion about how something works and what behaviors are most helpful or harmful.

That is, it is a form of self-education that occurs when we look at what others are doing , not to imitate them just because they do it as it would be in fashion, but to see what works and what doesn’t.

The term “vicar” comes from a Latin word meaning “to transport”, which serves to express that in it knowledge is transported from the observed to the observer.

Vocational learning exists among members of our species because within the human brain there is a class of nerve cells known as mirror neurons. Although it is not yet well known how they work, it is believed that these neurons are responsible for making us capable of putting ourselves in the shoes of others and imagining what it would be like to experience in our own body what they do .

It is also believed that mirror neurons are responsible for such curious phenomena as yawning contagion or the chameleon effect. However, between the neurobiological and behavioural levels there is a large conceptual and methodological gap, so it is not possible to know exactly how these “micro” processes translate into behavioural patterns.

The concept of vicarious learning began to take shape with the emergence of the Theory of Social Learning in the mid-20th century. At that time, the psychological current that had been dominant in the United States, the behaviorism of John Watson and B. F. Skinner, was beginning to enter a crisis.

The idea that all behaviour was the result of a learning process produced by the stimuli that one experienced on one’s own body and the responses that one emitted as a reaction (as proposed, for example, in learning based on punishment) began to be seen as a conception of learning that was too simplistic, because according to the psychologists of the cognitive current it took little account of cognitive processes such as the imagination, beliefs or expectations of each person.

This fact created the breeding ground for Albert Bandura, a psychologist trained in behaviorism, to create something called Social Cognitive Theory. According to this new paradigm, learning could also emerge by observing others and seeing the consequences of their actions.

In this way, a cognitive process came into play: the projection of oneself on the actions of the other , something that requires the use of a type of abstract thinking. The construct of vicarious learning had been born, but, in order to demonstrate that his theory served to describe reality, Bandura carried out a series of curious experiments.

However, there is no consensus on whether or not this “addition” served to complete the model of learning with behavioral roots, given that it also takes into account the perception of the behavior carried out by others, although without appealing to cognitive entities of a substantive nature such as “imagination” or “motivation”.

The tentetyo experiment and observation

To test his claim that vicarious learning was a fundamental and widely used form of learning, Bandura used a group of children and engaged them in a curious game of observation.

In this experiment, the children observed a large tentative doll , the kind of toy that despite being shaken or pushed always returns to an upright position. Some children watched an adult playing quietly with this doll, while another separate group of children watched the adult hitting and treating the toy violently.

In the second part of the experiment, the children were filmed playing with the same doll they had seen before, and it was shown how the group of children who had witnessed the violence were much more likely to use the same type of aggressive play compared to the other children.

If the traditional behavioural model based on operant conditioning explained all forms of learning, this would not have happened, as all children would have had the same possibilities to act peacefully or violently. Spontaneous vicarious learning had been demonstrated.

The Social Implications of Vocational Learning

Bandura’s experiment not only gave strength to a psychological theory in the academic arena; it also gave cause for concern about what children observe.

Parents no longer had to worry about simply not acting unfairly towards them by punishing them when they did not play or by giving them undeserved rewards, but they also had to make a serious commitment to setting an example . Otherwise not only could their image be resented, but they could be teaching bad habits without them or their offspring noticing.

Moreover, from this idea, the Cultivation Theory was proposed in the 1970s, according to which we internalized beliefs about the functioning of the world from the fictional worlds built by television and film.

It was understood that content seen and read through the media could have a strong social impact. Not only can we learn certain things about actions that work and those that don’t; we are also able to learn and internalize a global image about what the society we live in is like depending on the type of experiences we regularly observe.

However, knowing this does not tell us much about what the effects are of, for example, a 10-year-old watching an action-violence movie recommended for those over 16.

Vocational learning in a concept that refers to a general form of learning, but not to the effects that a particular event has on the behavior of a particular individual. In order to know this, many variables must be taken into account, and today this is impossible. This is why it is worth remaining cautious about, for example, the way in which television viewing affects our behaviour.