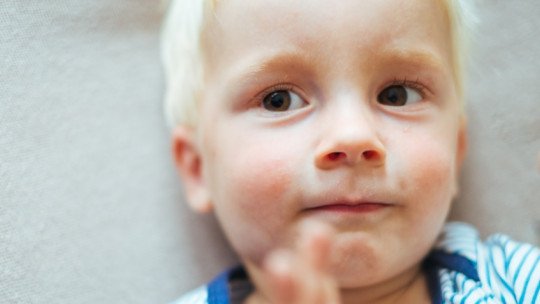 West Syndrome is a medical condition that is characterised by the presence of epileptic spasms during early childhood. As with other types of epilepsy, West’s Syndrome follows a specific pattern during the spasms, as well as at the age when they occur.

Below we explain what West’s Syndrome is, what the main symptoms and causes are, how it is detected and what treatments are most common.

What is West Syndrome?

West’s Syndrome is technically defined as an age-dependent epileptic encephalopathy . This means that it is associated with epileptic seizures that originate in the brain, which at the same time contributes to their progression. It is said to be an age-dependent syndrome because it occurs during early childhood.

Broadly speaking, these are groups of rapid, sudden movements that usually begin during the first year of life. Specifically between the first three and eight months. Less frequently it has also occurred in the course of the second year. For the same reason, West Syndrome is also known as infantile spasm syndrome .

As it is characterized by the presence of repetitive compulsive patterns, and also by a certain electroencephalographic activity, it has also been defined as an “electroclinical epileptic syndrome”.

This condition was first described in 1841, when the English-born surgeon William James West studied the case of his own 4-month-old son .

Initially, crises tend to occur in isolation, with few repetitions and short duration. For the same reason it is common for West’s Syndrome to be identified when it has already advanced.

One of the main causes that have been found for West’s Syndrome is hypoxia-ischaemia , although this can vary. In either case, causes of the syndrome have been associated with a prenatal, neonatal, and postnatal history.

West’s Syndrome can be caused by different chromosomal abnormalities. Also by neurofibromatosis, some infections and metabolic diseases , as well as by hypoxia-ischaemia, among other causes that take place in the period before birth.

It can also be caused by a hypoxic-ischaemic encephalopathy, by selective neural necrosis or by hypoglycaemia , among other medical conditions that originate in the period from the 28th week of gestation to the 7th day of birth.

West’s Syndrome has also been linked to various infections that occur from birth and in early childhood development, such as bacterial meningitis or brain abscesses . It has also been associated with bleeding, trauma and the presence of brain tumours.

West’s Syndrome typically occurs by sudden (forward) bending, accompanied by body stiffness that affects arms and legs equally on both sides (this is known as a “tonic form”). It sometimes occurs with the arms and legs throwing themselves forward, which is called “extensor spasms”.

If spasms occur while the child is lying down, the typical pattern is bending the knees, arms, and head forward.

Although unique spasms may occur, especially in the early stages of the development of the syndrome, the seizures usually last one or two seconds . This may be followed by a pause, and immediately by another spasm. In other words, they usually occur repeatedly and frequently.

This condition can affect the baby’s development in different areas , as well as cause a lot of impression and distress to their caregivers, so it is important to know about its diagnosis and treatments. Currently there are several options to control spasms and improve the electroencephalographic activity of the little ones.

The diagnosis is made by means of an electroencephalographic test that can demonstrate or rule out the presence of “hypsarrhythmia”, which are the disorganized patterns of electrical activity in the brain .

Sometimes these patterns may be visible only during sleep, so it is common for the EEG to be performed at different times and accompanied by other tests. For example, brain scans (MRI), blood tests, urine tests, and sometimes spinal fluid tests may be used to locate the cause of the syndrome.

The most common treatment is pharmacological. There are studies that suggest that West’s Syndrome usually responds favourably to treatment by antiepileptic drugs , such as Vigabatrin (known as Sabril). The latter inhibits the decrease of gamma-aminobutyric acid (GABA), the main inhibitor of the central nervous system. When the concentration of GABA decreases, electrical activity may be accelerated, so these drugs help regulate it. Nitrazepam and epilim are used in the same way.

Corticosteroids, such as adrenocorticotropic hormones, can also be used. This treatment is very effective in reducing crises and hypsarrhythmia. Both corticosteroids and antiepileptic drugs are used with an important medical control due to the high possibility of developing important adverse effects .

Treatments may be longer or shorter depending on how the syndrome occurs at home. In the same way, epileptic episodes can have different consequences, especially in the development of the nervous system.

Skills related to psychomotor development and some cognitive processes may be affected differently . It is also possible that children develop other types of epilepsy in other periods of childhood. The latter can also follow a specific treatment according to the form in which they present themselves.