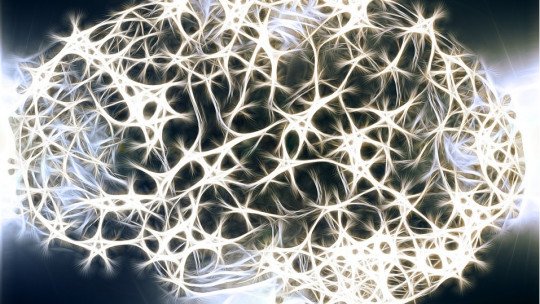 Neurons are the nerve cells thanks to which we are able to think, feel, make decisions and, even more so, be conscious.

However, although the concept of “neuron” is well known even beyond laboratories and university classrooms, the truth is that to understand what our mental life is like it is not enough to know that in our head there are tiny cells that send nerve impulses to each other. We must also understand that there are different parts of the neurons, which are responsible for carrying out different tasks . Axons are one of these components .

What is an axon?

A neuronal axon is a kind of sleeve or “arm” that comes out from the center of the neuron and goes to a place far away from it . The shape of this small structure gives us clues about what its function is. Basically, the role of the axons is to make the electrical signals that travel through the neurons go to another place in the body.

The axon is, therefore, a kind of conduit through which nerve impulses pass at full speed ; it acts as a communication channel between the central part of the neuron (which is called the neuronal soma or body of the neuron and is where the nucleus with the DNA is) and another part of the nervous system to which this electrical stimulus must reach.

At the end of the axons there is either a part of the nerve fiber that contracts when the electrical signal is delivered to it, or there is a synaptic space between neurons, which is the point where these nerve cells communicate with each other, usually through chemical signals. In other words, at the tip of the axons the electrical impulse is usually transformed into a pattern of release of chemical particles that reach the other neuron through the synaptic space .

The size of the axons

If the human body is characterized by something, it is by its complexity and the great variety of parts that work together to make it work well. In the case of neuronal axons, this means that their size depends on the type of neuron they belong to and their location and function. In the end, what happens in our nervous system has a decisive impact on our chances of survival, and that is why evolution has ensured that in our species there are many specialized nerve cells of different shapes and configurations.

The length of the axons of the neurons can vary greatly depending on their function. For example, it is common for the grey matter regions of the brain to have neurons with axons shorter than one millimetre, while outside the central nervous system there are several axons that measure more than one palm, despite being very thin. In short, in many cases, the axons are so short that the distance between their tip and the body of the neuron is microscopic, and in other cases they can be several centimeters long in order to reach distant areas without intermediaries.

As for the thickness of axons in humans, they are usually between one and 20 micrometers (thousandths of a millimeter) in diameter.However, this is not a universal rule that applies to all animals with nerve cells. For example, in some species of invertebrates, such as squid, axons can be as much as one millimetre thick , which makes them easy to see with the naked eye. This is because the thicker the axon, the faster the electrical impulse travels through it, and in the case of squid this is an important capacity for making the siphon through which they expel water work well, as they must contract a large part of the muscle tissue at once in order to escape quickly by jet propulsion.

As we have seen, axons are not only found in the brain. As with the neuronal somas, they are distributed throughout the body : by the internal organs, the arms and legs, etc.

In fact, a nerve is mainly a set of axons that is so thick that we can see it directly without a microscope. When we find a nerve in a piece of meat, what we are looking at is nothing more and nothing less than many axons grouped in a bundle, combined with other auxiliary nerve cells.

Often axons are not alone, but are accompanied by elements known as myelin sheaths , which adhere to their surface to the point that they appear to be an inseparable component of the neuron.

Myelin is a fatty substance that acts in axons in a similar way as a rubber insulator would along an electrical wire, although not exactly. In short, the myelin sheaths, which are distributed along the axon creating a shape similar to a string of sausages, separate the inside of the axons from the outside of them, so the electrical signal is not lost through the walls and travels much faster. The protection they provide is directed at both the neuron itself and the electrical signal that is transmitted through it.

In fact, thanks to the myelin sheaths, the electricity does not advance continuously along the axon, but jumps between the points of the axon where there is a separation between the myelin sheaths, some zones called Ranvier’s nodules . To understand it better, for the purposes of the agility with which electricity travels this means the same difference as between going up a ramp and going up stairs appearing each time two steps higher. This is similar to what would be expected if the electrical impulse were to teleport over small stretches of axon from one Ranvier’s node to the next.