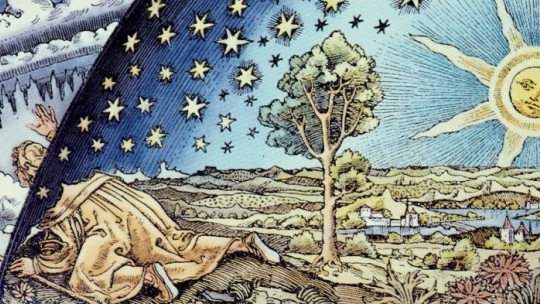 Psychology is a science, specifically the science of behavior and mental processes. However, no science generates knowledge by itself if it is far from philosophy, a discipline related to reflection and the exploration of new ways of perceiving and interpreting things.

Epistemology, in particular, is one of the most relevant branches of philosophy from the scientific point of view. We will now see exactly what it consists of and what its function is.

Epistemology is the branch of philosophy that examines the foundations on which the creation of knowledge is based. Etymologically, this term comes from the union of the words “episteme” (knowledge) and “logos” (study).

Thus, epistemology is a division of philosophy that is in charge of exploring the internal coherence of the reasoning that leads to the creation of knowledge , the usefulness of its methodologies taking into account their objectives, the historical contexts in which these pieces of knowledge appeared and the way in which they influenced their elaboration, and the limitations and utilities of certain forms of research and of certain concepts, among other things.

If we were to reduce the meaning of epistemology to one question, it would be: what can we get to know, and why do we do it? Thus, this branch of philosophy is in charge both of looking for valid statements about those contents that we can know, and also about the procedures and methods that we should use to reach that goal.

Relationship with gnoseology and philosophy of science

It should be clarified that epistemology is concerned with analyzing the acquisition of all types of knowledge, not only scientific knowledge, at least if we compare it to the concept of gnoseology , which examines the scope of all types of knowledge in general. It should be noted, however, that the relationship between gnoseology and epistemology is still under discussion today.

The philosophy of science , unlike epistemology, is relatively recent, since it appears in the twentieth century, while the latter already appears in the philosophers of ancient Greece. That means that philosophy of science boats a more concrete and defined mode of knowledge production, referred to the way in which science should be used (understood as a guarantee system of knowledge generation) both in the most concrete practices (as for example, a specific experiment) and in wide scopes of science (as for example, the study of behavior patterns in human beings).

The functions of epistemology

We have seen in broad strokes what the objectives of epistemology are, but there are certain details that are worth further exploration. Epistemology deals with, among other things, the following functions .

1. Examining the limits of knowledge

There are all sorts of philosophical currents that tell us about our capacity to generate universally valid and solid knowledge . It ranges from naïve realism, according to which it is in our hands to know reality faithfully and in detail as it is, to the most extreme post-modern and constructionist tendencies according to which it is not possible to create a definitive or universal knowledge of anything, and all we can do is create totally debatable explanations of what we experience.

Epistemology, in this sense, has the function of seeing how the methods used to investigate allow satisfactory answers to the questions from which one starts.

Epistemologists are also responsible for evaluating positively or negatively the use of certain research methodologies , whether they are analytical tools or information collection methods, taking into account the need to which they are supposed to respond. However, it is necessary to bear in mind that methodology and epistemology are not the same thing; the latter takes very few things for granted and questioning philosophical premises is among its functions, while the former focuses on the technical aspects of research and relies on a much larger number of assumptions.

For example, an epistemologist may ask questions about the actual usefulness of conducting experiments on animals to extract knowledge about human behaviour, while a methodologist will focus rather on ensuring that the laboratory conditions and the animal species chosen are correct.

Another of the great functions of epistemology is to create a debate between schools of thought that are ascribed to different ways of conceiving the creation of knowledge.

For example, when Karl Popper criticized the way Sigmund Freud and his followers did their research, he was doing philosophy of science, but also epistemology, because he questioned the ability of psychoanalysis to reach meaningful conclusions about how the human mind works. In short, he was criticizing not the contents of one of the main psychological currents in history, but his way of conceiving research.

Epistemology is also in charge of deciding what metaphysics is and in what sense it is necessary or not or indispensable or not.

Throughout history, many philosophers have tried to define what is beyond the material and physical and what are mere constructs generated by the mind to explain the reality around us, and this remains a much discussed topic.