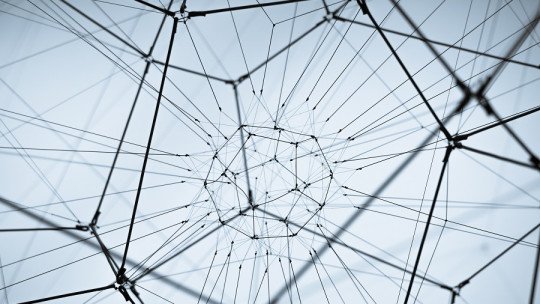 Since the remotest antiquity, human beings have always wondered about the reality and circumstances surrounding their passage through the world. Where do we come from and what surrounds us? Where are we going? Why do we exist? How do we explain the creatures, conditions and phenomena we observe? And one of the questions we have perhaps asked ourselves the most when observing a phenomenon, action or situation: what is its cause?

It is possible that when we hear a doctor, psychologist or other professional speak, he may at some point use the word etiology when solving one of the above questions, a word that may be rare or unknown to most people. What is aetiology? In this article we will briefly analyse this concept .

The concept of aetiology

Etiology is the branch of science that deals with the study and analysis of the cause or genesis of things , phenomena or situations.

It is important to bear in mind and emphasize that this is a study of a scientific nature, analyzing and exploring the variables that can generate the phenomena analyzed. For this purpose, an experimental methodology is used to analyze the relationships between different variables.

In this way, the concept of aetiology would not include beliefs that are not empirically and experimentally contrasted, despite the fact that they also try to give a sense and attribute an origin to different aspects of reality. However, although it is not a term widely used by the general population, it is sometimes used at a popular level to speak of the cause attributed to a phenomenon even if this link is not demonstrated.

Analyzing a phenomenon by parts

It must be taken into account that in any natural process there are always many factors involved that influence in a more direct or more indirect way what is being studied. Therefore, through aetiology we try to clarify which are the main processes or phenomena that explain something, assuming that they will probably not be the only ones and that surely there are many others behind them.

So, what we try to do is to break down a phenomenon into parts and put the focus on its root, understanding that the cause in question must bring a combination of exhaustiveness and simplicity to the explanation of what is happening .

Not just the direct cause

In addition to the causes themselves, also allows for the establishment of factors and variables that, without being directly the cause, participate in the genesis of what has been studied or that make it difficult.

Predisposing or protective factors that participate in or make less likely the occurrence of, for example, a disease are studied and analysed. Triggering and enhancing factors are also worked on.

In conclusion, the variables that interact to provoke a situation are studied, taking into account that there is usually no single cause.

Aetiology in the sciences

Aetiology is a science that is also part of many other disciplines, since the latter also explore the reason or cause of the phenomena in a given field of knowledge. Below we will observe how aetiology is applied and what it does in different fields.

In the field of medicine the term aetiology is used to speak of the cause of the diseases and disorders suffered by users or patients.

The origin of a disease is sought in order to understand the mechanism of action and the functioning of the disease and from this knowledge to investigate and generate treatments that can cure it or alleviate its symptoms.

The causes in question are usually biological and in many cases can be very clear, even though the same disease may have different causes in different cases.

In the field of psychology, aetiology also looks for the causes of an individual’s different cognitions or beliefs, whether or not he or she engages in a particular behaviour, or for the factors that cause a mental disorder.

In this area the study of causes is relatively more complex than in the previous case, given that mental phenomena are not directly observable. It is necessary to extrapolate the information from the relationships established between different variables.

In sociology, etiology is responsible for searching, studying and analyzing the factors that explain the origin of a certain social phenomenon.

Aspects such as leadership, the formation of a group and phenomena such as group polarization, the existence of urban tribes, beliefs and customs are examples of themes that are sought in sociology (and also from social psychology).

As in medicine, in biology we also analyze the cause or etiology of the different biological processes that occur both in our species and in others.

The origin of processes and phenomena such as reproduction, feeding, migration or the characteristics of living beings, for example, are analysed. Depending on whether the focus is on the micro or the macro, the aetiology sought will vary.

In law, the word aetiology is not usually used as much as in the health sciences, but it has its application in this area as well.

Thus, the causes that have led to the commission of a crime, or of certain rules and laws, are sought, and that is the element that explains the most about what happened.