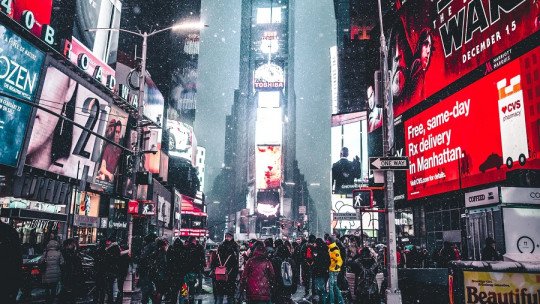 You have probably heard the word “globalization” many times . Many of those occasions, perhaps on journeys. That is, getting to know other cultures and other countries.

Here we will see where the word comes from, when and in which regions this phenomenon began to originate, and pros and cons of this very dynamic process.

The concept of globalization today is very much associated with seeing the world and that more and more similar things are appreciated in all countries: restaurant chains, clothing brands, technology companies, languages, etc. It could be said that globalisation is associated with socio-cultural aspects, although it is true that globalisation is a slightly more complex concept. In essence, contemplates the fact of communication and relationship between the different countries , either on a cultural or social level

The concept of globalization refers to a process at the economic, technological, political, cultural and social level on a global scale . In this process there is a growing communication between the different countries of the world, favoring the unions of markets, cultural unions, social unions, through a set of social and political transformations.

In this process, each society and culture is understood as “global”. This process is a dynamic change that is carried out by society itself, accompanied by a series of cultural modifications and also in the legal field (change of laws, approval of decrees…) that are in line with these changes.

When did this worldwide process begin?

It is known that globalisation originated in Western civilisation (Western countries) and that little by little and throughout the second half of the 20th century as well as the beginning of the 21st century, it has spread around the world.

The concept began to be used to refer to changes of an economic nature and was basically characterized by the integration of local and small economies into a more global and large-scale economy.

In this more large-scale economy, production and the characteristics of leading companies are decided at another level , with a fundamental role for multinational companies. All this is accompanied by the need for a consumer society.

As we have already mentioned, over the years this concept has been extended to more cultural and social areas.

Advantages and disadvantages of globalization

Like any dynamic process that has its clear impact on the policies of countries and their inhabitants, there are movements that oppose this process, as well as other social sectors that support and defend it.

In addition, the free trade characteristic of the globalization process has impacted on increased economic prosperity and employment opportunities in geographic terms. Thus, there is greater production, lower prices, more jobs, and better living standards, especially for people living in developing countries.

There has also been talk of communication and pacts between countries reducing income inequality.

In more political areas, the presence of democracy and equality before the law has increased and in addition the rights of women have advanced, putting as a turning point universal suffrage, from which women could already vote.

On the other hand, and at the health and social level, life expectancy has increased a lot , due to these communications between countries in medical and technological areas. In addition, there is less and less difference between life expectancy in developing and developed countries.

In terms of access to electricity, radios, telephones, cars, even to basics such as access to drinking water or education, there is less and less inequality.

At the cultural level, there is a gain in terms of information exchange. Shared knowledge enriches everyone , facilitating the coexistence of different cultures.

As for negative aspects of globalization, they are mainly attributed to cultural homogeneity, loss of identity and economic inequality . That is, that societies are increasingly similar to each other, with the same cultural tastes, fashions, etc.

In terms of culture, it is the case that minority languages are at greater risk of disappearing or at least losing their influence on their territories.

Finally, as regards the economic aspect, one of the most important aspects of globalization would be the fact that many national companies go to countries where production costs are lower . This fact causes the jobs in the initial country to disappear, so that this has the effect of increasing unemployment and making the workforce cheaper.

This has led to growing inequalities, and thus small national companies and self-employed professionals have seen their incomes jeopardised and workers in general have lost purchasing power as a result.

A massive influence in all countries

Clearly, societies evolve, develop, and with that inevitably the world moves in a slightly common direction.

At a more social level, globalization has given value to respecting the local within a global context . At a human level, the process of globalization can be positive to feel ourselves in a world that is more common and to gain respect and tolerance towards other people belonging to other societies or cultures.

During the year 2016, UNESCO supported the cause for several countries to design flags for peace. These designs would be carried out by relevant artists and graphic designers from each country.

The idea was born because of the difficulty of reaching consensus on a single flag, since symbols, concepts of peace and even colors have different meanings in different cultures. And this was one of the most emotional consequences of globalization.