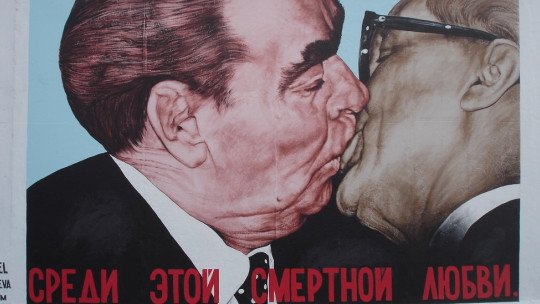 Politology is that branch of social science that is in charge of analyzing and studying the power relations of a society , understanding power as the contract between rulers and citizens that must be respected within an institutional framework. Power is the capacity of a given actor to influence a second or even third actor. It is for this reason that an act of interrelationship is necessary.

We often overlook this concept of power. Politology does not limit itself to basing its investigations on political nature , but also responds to a network of interactions between human beings themselves, a part that is more anthropological than administrative. Power can be found in families, in a group of friends, at work or even among other people.

The origins of political science

It should be noted that this concept is far from new. Already in ancient Greece, the precursors of political science such as Plato or Aristotle proposed a profound analysis of the configuration of the State as a unique element of power towards others. Its foundation, laws, constitutions, organisation, uses and unregulated customs … all these elements influence human behaviour in a generalised way. As civilisations and/or societies have grown in number and complexity, they have been forced to take shape in the form of the nation-state, and from this structure the mind and behaviour are affected.

Once again, it is here that political science takes charge of unravelling the entrails of the art of governing. Power, the philosopher’s stone around which politics in general revolves, is still a difficult idea to develop today. Is power exercised, or is it conquered? What are its methods of implementation? These and many other questions can only be answered through this science that, it must be insisted, is not exact.

Although Western thinkers were forerunners in laying the foundations of this concept, the concepts of political science or political theory were not coined until well into the 20th century, shortly after the end of World War II. Thus, it was in 1948 exactly when the German political scientist Eugen Fischer (1881 – 1964) as a universal form of addressing the academic world devoted to political knowledge.
It is clear that there is a relationship between political science and political philosophy, since examining the exercise of politics involves constantly rethinking the concepts on the game board. However, it also has to do with psychology, since ultimately everything that is studied is shaped through human behavior.

The role of the political scientist

Among the many functions of the political scientist, he or she will be in charge of seeking answers to situations such as peace and war, who provokes it, the nature of the situation; how the role of the dominated and the dominator is managed; parameters for establishing the justice of injustice; how to manage conflicts and negotiate the interests of those involved; guidelines for reaching consensus, among other problems.

Taking into consideration all the issues that the complexity of power and its action within the community addresses, we must introduce a new concept that works as a hinge in politics: ethics and morality. They are two inseparable conjunctions in the exercise of governance, the ultimate formula being that which forms in body and legality “social justice”.

The public vs. private sector

Suggesting some of the most important examples, the role of the political scientist is to design the public policies given guidelines, as well as the organization of civil society, the relationship between the judicial, executive and legislative powers, and the management and investigation of public opinion. All of this is done taking into account, if possible, a proactive attitude (avoiding conflict) as opposed to a reactive attitude (conflict resolution).

Finally, in the private sphere, political science has little room for manoeuvre . As they are entities of a different nature, the private sector may require the services of a professional politician in non-profit organizations such as NGOs, companies dedicated to helping the public sector, as is usually the case with outsourcing of services or platforms and media dedicated to generating public opinion.