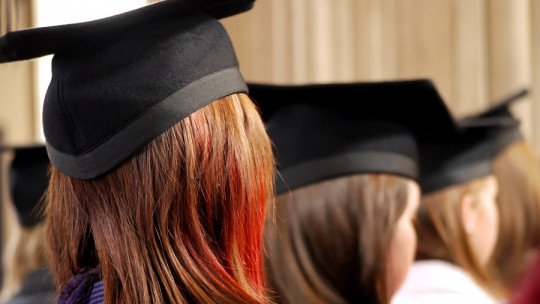 Responsibility as a personality trait is undoubtedly an extremely useful trait for enjoying a functional, organized and uneventful life. It is related to having a long life and enjoying great success at work.

We will now go deeper into this personality trait, as well as go into detail about the facets that make it up and see how it develops over the course of an individual’s life.

What is responsibility as a personality trait?

Responsibility is one of the Big Five personality traits of Paul Costa and Robert McCrae’s Big Five model . This dimension refers to the ability to control aspects such as impulses, having self-discipline and great organizational ability. It also includes any behavior related to achieving a goal, in addition to thinking in the short and long term, following rules or setting priorities.

People who have high scores in this dimension tend to be hardworking, reliable and punctual, and have a strong tendency towards order . They also have a great sense of duty and do not tend to break the rules.

However, very high scores in this dimension may be something that borders on psychopathology. The person may have serious problems to get rid of certain aspects, besides looking for perfectionism or reaching obsessions. They may be seen as extremely rigid and not very tolerant of the unexpected. They do not allow themselves to deviate even one centimeter from the pre-established script.

At the other end of this same dimension, people with low scores in responsibility tend to be impulsive and spontaneous , with a lower degree of concern towards the achievement or attainment of objectives, in addition to being more relaxed. They have problems motivating themselves to focus on achieving a certain goal. They are less likely to delay gratification, that is, they need to be rewarded immediately for something they have done.

Facets of this feature

As with the other dimensions proposed within the model of the five major personality traits, the dimension of responsibility has six facets, which are as follows:

It is the belief to be considered self-effective, that is, to be able to adequately fulfill the objectives set or the skills to be performed .

It refers to being able to organize oneself, both in terms of physical space and one’s personal agenda (e.g., organizing one’s studies, having a clean room…)

It is the importance the person gives to fulfilling moral obligations and following the rules .

It is the need to have a high result by reaching the goals and give life direction and purpose .

It refers to the ability to start a task, carry it out to the end without abandoning it halfway through , either because of boredom or because of distractions one may find in the process.

It is the facet of the personality that would be the most responsible for avoiding acting on impulse . It is the ability to think things through before carrying them out and see what consequences can be associated with them.

People, whether due to genetic or environmental factors, have different degrees of personality. This, like all other personality traits, is due to the fact that human beings have individual differences. No two people are the same in terms of personality.

But, beyond this, there are also no people who are equally responsible throughout their lives. That is, there are significant intrapersonal differences in this dimension. It has been seen that as you grow up you change how meticulous and hardworking you are. While personality traits are relatively stable throughout an individual’s life, responsibility is the least stable of them all.

Responsibility is a rather marked characteristic in adults compared to younger people who, as a rule, have a low degree of self-control and usually seek immediate gratification. People are becoming progressively more responsible as they grow up, with the age of 60 being the end point of this increase.

It should be noted that these increases vary according to the age of the subject. The earliest adulthood is the most critical point in the development of the personality and is surely the time when the most changes in the person’s way of being occur.

During late childhood and adolescence it seems that people are less responsible , and even during these ages they become a little less responsible than they were before. This is easily understandable if we observe the academic performance of many adolescents in high school and compare it with their grades in school. There is often a drop in grades, which is often due to their becoming more carefree. It has also been seen that from the age of 60 onwards there is a slight decrease in this dimension.

It has been seen that responsibility is the dimension that could solidly explain professional success, in addition to being related to having good academic performance, regardless of whether one has good cognitive abilities or not.

Responsibility is the dimension most related to succeeding in any profession . This stands out in comparison with the other dimensions. For example, having high extraversion and friendliness can be useful in professions where social skills are required, such as a hotel receptionist, while in others, such as the military, this is not an advantage. What both professions do have in common is that having a high level of responsibility helps to retain them.

People with high scores on the responsibility dimension are often more organized and hardworking, which is highly useful in any work context. Also, being more reliable, their bosses tend to give them higher priority when performing tasks, as well as allowing them to show their maximum commitment and be potentially worthy of raises and promotions.

On the other hand, people who present low scores in this dimension, run the risk of postponing work , in addition to presenting a lower performance. They also tend to be less motivated to perform the tasks. These are people who, being more spontaneous and carefree, may end up doing their duties later than they should. They tend to neglect things, which puts their jobs at risk.

How does it relate to health?

It is not only responsibility that predicts good job performance. This dimension has been associated with increased longevity. This can be explained by the very nature of responsible people, who tend to have little tendency towards self-destructive behaviour.

Having high scores in this trait is often related to maintaining good health habits , such as playing sports, going to bed at an appropriate time, not using drugs, avoiding tobacco and alcohol, as well as having an organized lifestyle. Thus, being organized and tidy avoids last minute contingencies, which can be a source of much stress and problems in coping with them.

As they are generally respectful of rules and laws, they are often little involved in violent situations and do not commit crimes. In this way, potentially dangerous situations, such as being attacked by other criminals or having a tense situation with the police, are avoided. They also avoid unnecessary risks, such as unprotected sex.