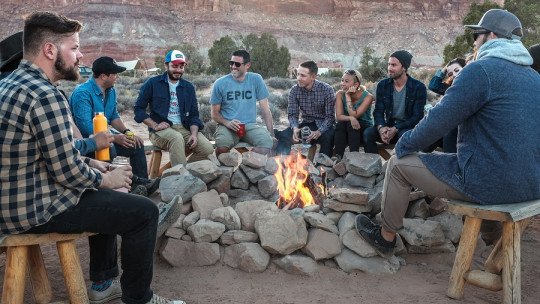 In different university courses, the subject of sociometry is studied in one way or another. But, what exactly is this research method, what are its characteristics and what objectives does it pursue?

Sociometry is a quantitative (numerical) research method used in sociology, social psychology and related fields. It seeks to measure social relations within a specific group, in order to evaluate both individual and general data.

What is sociometry and what is it for?

Sociometrics contributes to the application of quantitative measurement methods in the self of certain groups and social structures, and helps us to understand the capabilities, interactions and mental well-being both at the group level and for each of its members.

This method was devised by psychologist and therapist Jacob Levy Moreno. Since its inception, sociometry has been a very valuable instrument when it comes to evaluating and measuring the interaction between components of different groups, for example in the academic, educational, work or sports fields.

The sociometric method uses several methodological resources belonging to the quantitative approach , for example the questionnaire and the survey, which belong to the spectrum of methodologies of the sociometric test.

Sociometry was born at the beginning of the 20th century in the United States, where Jacob Levy Moreno lived. This new conceptualization gave rise to methods that would make sociometry a technique with the capacity to study, diagnose and predict group and social interaction dynamics, both in groups of few members and in social contexts of much greater complexity and size.

The influence of Jacob Levy Moreno

The Viennese psychiatrist and student of Sigmund Freud had his first contact with sociometric study when he collaborated in the organization of a refugee colony in his country. Thus, knowing first-hand the different problems that arose in groups of people, Moreno tried to organize these groups and their members through sociometric planning.

From 1925, Jacob Levy Moreno moved to New York and in that context developed a solid theoretical basis for his sociometric method. He tested his method on a large scale in the Sing-Sing prison, in the city where he resided . This test would provide him with a much more detailed insight into the multiple variables that influence personal relationships between different groups within a given physical context.

With the data collected and using his greater experience, he refined the method and developed a more polished version of the sociograms, a visual form in the form of diagrams that allow the study of good or bad relationships between individuals in the context of a larger group.

From that moment on, Moreno would make his sociograms known among the American academic and scientific community. His methodology was very positively evaluated, and became part of the most used and effective tools when initiating quantitative and psychosocial analyses.

Five years after his first draft, already in the 1930s, Jacob Levy Moreno would publish a work on interpersonal relations that would lay the foundations of sociometry.
It is from that moment on that the methodology created by Moreno experiences a boom and is applied in a multitude of contexts and projects. In fact, he even had his own specialised academic journal from 1936 onwards. In addition, the Institute of Sociometry was founded in New York, later renamed the Moreno Institute, in honour of Jacob Levy.

Sociometrics pursues different objectives and has different uses. According to Jacob Levy Moreno himself, the main objectives of sociometry are the following:

In this way, the aim is to work with the former to foster their social skills and strengthen their communication and relations with others, while with the more valued ones their leadership capacity can be enhanced.

Another objective of sociometrics is to detect people who consider themselves to be isolated from the group . How is this measured? They are individuals who do not generate influence, positive or negative, in the dynamics and relations within the group.

Another opportunity it offers us is to be able to foresee, after studying the group dynamics, how the group will react and adapt to certain changes , such as the inclusion of new individuals or the departure of others.

These three objectives can be found by sociometry in educational and professional contexts, which are the two groups most commonly analysed by this technique.

How does the sociometric method work?

The sociometric method developed by Jacob Levy Moreno is commonly used in educational contexts . It is used to have more data and elements of analysis on the level of interaction, sympathy/antipathy and cohesion among peers. It also serves to detect certain positive patterns, or disagreements, that may exist between several of these members, and how these dynamics influence the group.

The basic functions of sociometry are basically two: first, the identification of personal relationships within a group. It should be noted that sociometry rarely addresses the study of large groups, to ensure that the variables at stake can be properly identified.
Once the behavioural patterns within the group have been detected, the method is applied through the sociometric test.

The sociometric test is a questionnaire to be filled in by each member of the group that has been analysed. It must be administered without compromising or pressuring the participants. The test proposes different scenarios and gives the participant the freedom to choose which other members he or she would prefer to form a subgroup with, and their reasons.
In this way, and through the answers of each member, it is possible to know first-hand the intragroup dynamics and the reasons why each participant has a greater or lesser appreciation for other individuals.

Finally, the method is used to make predictions . That is to say, it can help to preview the most appropriate and effective dynamics to solve tensions between participants and stimulate the good dynamics that have already been detected in the past.