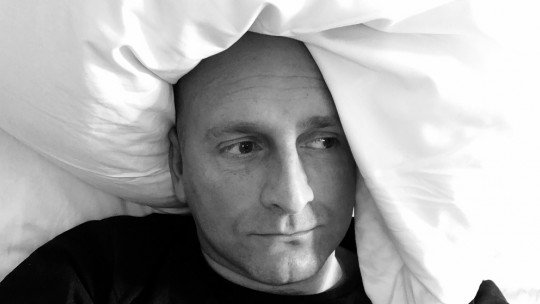 There is a false belief that taking too long to ejaculate improves sex and increases pleasure, but the truth is that when orgasm becomes too long it can be very frustrating, both for the man and his partner.

Delayed ejaculation often causes conflicts in the relationship, generating great dissatisfaction in the sexual life. If you suffer from this problem, it is likely that you will feel lonely and misunderstood or even ashamed to seek help. Let’s see what the characteristics and treatment of delayed ejaculation are .

What is delayed ejaculation

Delayed ejaculation is a male orgasmic disorder characterized by the disappearance or delay of orgasm after the normal arousal stage of sexual intercourse has occurred.

It is estimated that between 2 and 6% of men suffer from delayed ejaculation .

Depending on the grade, you may find yourself in one of the following cases:

Delayed ejaculation is also classified according to the time of its appearance:

Symptoms: how to tell if you have it

Some men with delayed ejaculation need 30 minutes or more of sexual stimulation to reach orgasm and ejaculate.

However, the key to diagnosing delayed ejaculation lies not in time but in the level of sexual distress, frustration, or fatigue that this lack of control over ejaculation causes. So it’s not just that you take longer than usual to ejaculate, but that the delay makes your sex life and your partner’s unsatisfactory .

The main causes of delayed ejaculation are the following.

Delayed ejaculation usually has a large psychological component. You may have received an overly puritanical, restrictive, and/or punitive education about sexuality based on the belief that sex is “bad. It could also be due to the fact that you demand too much of yourself in the relationship , so that you find it difficult to relax and enjoy yourself because you are so focused on your performance or you are so concerned about satisfying your partner that you forget about your own pleasure.

In other cases, the problem may stem from fear of intimacy, fear of an unwanted pregnancy, difficulties in the relationship or an unresolved sexual identity conflict. However, many times inadequate masturbatory habits are at the base of delayed ejaculation, especially if you exert a lot of pressure by making very fast movements, so that later it will be difficult, if not impossible, to obtain sufficient stimulation by penetration alone.

Some neurological problems, such as those caused by strokes, spinal cord injuries or neuropathies ; diseases such as diabetes, urinary tract problems and disorders such as depression can cause delayed ejaculation. Alcohol and/or drug use can also cause this problem.

Use of some medications, including antidepressants, anti-anxiety and antihypertensive drugs, may delay the ejaculatory response. Some drugs for erectile dysfunction can also cause delayed ejaculation.

When sexual intercourse is too long, it can become uncomfortable. Both you and your partner may experience pain and irritation in the genital area due to over-stimulation. These problems can cause you to lose interest in sexual activity because, instead of pleasure, it causes frustration, anxiety and tiredness .

If the problem is prolonged over time and you do not talk about it, your partner may become deeply insecure because he will think that he is not attractive enough or that he is not able to stimulate you correctly to satisfy your sexual needs, which will generate problems of self-esteem and self-confidence.

In cases where you have difficulty ejaculating during sex, you are also likely to have difficulty conceiving, which becomes a major source of stress when you both want to have a child .

In the long run, if delayed ejaculation is not treated, it often generates conflicts that end up breaking the relationship. In fact, this type of problem usually causes an emotional flattening in both partners, so that they end up distancing themselves emotionally.

At El Prado Psicólogos we look for the causes of the problem in order to eliminate it at its root. Through techniques such as clinical hypnosis we can access the patient’s unconscious to discover the negative beliefs and attitudes about sexuality that are probably carried over from adolescence or even before and that are feeding this problem.

With techniques such as EMDR and EFT we can release the emotional information recorded in your brain linked to negative past experiences that currently continue to feed that vicious circle of anxiety, tension and insecurity that prevents you from fully enjoying your sexuality.

That cycle is broken when you learn to be fully present and get rid of worries and performance anxiety. That is why we will also work with relaxation and mindfulness techniques .

If delayed ejaculation is caused by a relationship problem, we will work with both of you to strengthen your relationship, resolve latent conflicts, and make your sex life more satisfying to both of you.

Since psychological intervention must be approached through different facets of the problem, in our center we have an area specialized in sexology and couples therapy with expert sexologists and couples therapists who help patients improve their sex lives.

So… What does the treatment achieve?