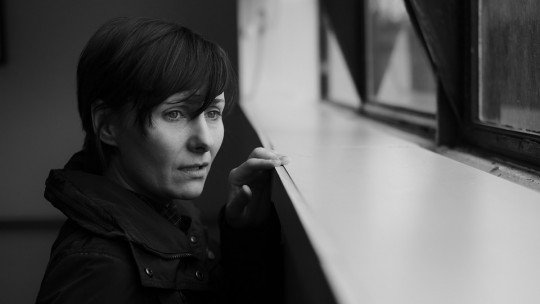 Trauma is a reality in our lives , something much more frequent and common than it may seem. Its etymological root comes from the Greek, and means “wound”.

Traditionally it is considered as the consequence derived from an event, which generates psychic or physical disorders that affect the level of quality of our lives. However, a trauma is not a life sentence.

What is a trauma?

Emotional trauma is a “psychological wound” that can be caused by various situations, usually extraordinary, disturbing, overwhelming and disturbing, that go beyond the usual experiences.

These highly stressful situations would range from major natural disasters, war, accidents, abuse, “serious threats to life or limb, actual threats or harm to children, spouse, family, friends; sudden destruction of home, community; witnessing the death or serious injury of another person as a result of an accident or an act of physical violence” (DSM-5).

Also can include apparently less important experiences , such as: an operation, a fall, a punishment, serious illnesses, lack of protection, humiliations, change of roles in the family, migration to another city or country… that can also be experienced in a traumatic way.

In fact, it is not so much the dimension of the event itself that determines the damage produced, but rather its effects will also depend on each person, on their history and their emotional environment, on the evolutionary moment in which it has occurred and on its repetition over time (Labrador and Crespo, 1993; Sandín, 1989; Valdés and Flores, 1985; Lazarus and Folkman,1986, Labrador and Alonso, 2007).

The effects of trauma

Trauma, regardless of its origin, affects the health, safety and well-being of the person in such a way that they may develop false and destructive beliefs about themselves and the world around them.

In general, it is considered normal that we react to certain events with sadness, anxiety, anger, irritability, altered behaviour, substance use… for a short period of time (Reijneveld, Crone, Verlhust and Verloove-Vanhorick, 2003, Dyregrow and Yule, 2006). However, sometimes, these difficulties become so intense and long-lasting that they cause serious problems in personal functioning and psychosocial adaptation .

To account for these more intense and damaging phenomena, the WHO classification (ICD-10, 1992), proposes a category of stress and trauma disorders, which includes Acute and Chronic PTSD, Adjustment Disorders and Lasting Personality Changes following a catastrophic situation.

It should be noted that we are not always able to remember everything that has happened to us throughout our lives, sometimes memories of traumatic events are forgotten or fragmented.

According to the psychological current born with psychoanalysis , these are dissociative phenomena that make it impossible to remember what happened, which arise as a defense mechanism developed by our psyche, which provides us with a natural protective response to the overwhelming traumatic experience, allowing us to move forward to survive (Kisiel and Lyons, 2001). According to these hypotheses, the memory would not be lost, but remains in the memory in a latent and inaccessible way, until, thanks to a therapeutic process or to some event in the subject’s life, these are spontaneously recovered in a partial or total way (A.L. Manzanero and M. Recio, 2012).

The consideration of such a strong impact that it provokes changes in the personality is of great importance for the study of the person and his emotional development, since adverse situations, close and daily, not only can determine symptoms and psychological alterations, but they can also compromise the complete development of the personality.

When they appear during childhood and adolescence

Post-traumatic reactions in childhood and adolescence can be expressed in different psychopathological forms (Copeland, Keeller, Angold and Costello et al., 2007).

Various studies on situations of abuse in childhood determined that the main psychological consequences of trauma were : depression, anxiety, self-hatred, difficulty in modulating anger, dissociation, blinding, difficulties in attention and concentration, difficulty in controlling impulses, substance abuse, self-injurious and risky behaviour, submission and dependence, strong sense of vulnerability and danger (Herman, 1992); revictimization, interpersonal and intimate relationship problems, somatization and medical problems, loss of trust in other people, feelings of defenselessness and helplessness, traumatic sexualization, feelings of shame and guilt (Finkelhor, 1988).

These people present a great despair about the world and the future , they believe that they will not find anyone who understands them or their suffering, maintaining a great internal conflict, with high levels of anguish. The positive aspect arises when they try to find someone to help them recover from their anguish, from their somatic concerns and from their sense of despair or hopelessness. (Amor, Echeburúa, Corral, Sarasua and Zubizarreta, 2001).

Scientific research on trauma states that expressing one’s feelings and intense emotional states in a cathartic way allows one to face difficult situations, reducing the probability of obsessive rumination and increasing physiological activity (Penneba and Susman, 1988).

Furthermore, it has been seen that social support, such as talking to a family member or friend about a problem, is one of the best valued mechanisms for dealing with difficult emotional situations (Folkman et al., 1986; Vázquez and Ring, 1992, 1996), as well as cushioning one’s stress (Barrera, 1988). In fact, the lack of close people to rely on in complicated circumstances radically increases the risk of depressive episodes in vulnerable people (Brown & Harris, 1978).

The importance of attitude and mentality

People with an optimistic attitude seem to better manage the symptoms of physical diseases such as cancer, chronic diseases, heart surgery… (Scheier & Carver, 1992), which seems to be because the strategies used by these people are usually more focused on the problem, on seeking social support and finding the positive sides of the stressful experience.

In contrast, pessimists are characterized by the use of denial and distancing from the stress agent, focusing more on the negative feelings produced by that situation (Avía and Vázquez, 1998). In this way, a personality pattern is drawn more clearly with a tendency towards good health that is characterized by optimism, a feeling of control and a good capacity to adapt (Taylor, 1991).

Carrying out activities from Art Therapy , as a space for the elaboration of the traumatic event, favours recovery, facilitates social reintegration and therapeutic rehabilitation through a creative process.

This type of technique promotes the expression of one’s own feelings from a different language that allows for the channelling of sensations, emotions and memories without pushing catharsis or emotional overflow , offering a new expressive path that escapes resistance and verbal blockage, favouring memory and the construction of a coherent story that makes it possible to understand what happened. This will allow the victim to integrate his/her experience, from a safe and free of judgement environment (“Papeles de arteterapia y educación artística para la inclusión social”, Mónica Cury Abril, 2007).

So the trauma doesn’t have to be a life sentence. During the healing process, a renewed evolution can be generated, capable of improving our quality of life, becoming an experience of transformation and metamorphosis (Peter A. Levine, 1997).

The capacity that we human beings have to forgive, to recompose ourselves, to move forward, to prosper, to enlighten ourselves, to overcome trials and events, to rise up and re-emerge with a triumphant smile when we meet again with our identity, with love… is spectacular and simply admirable.