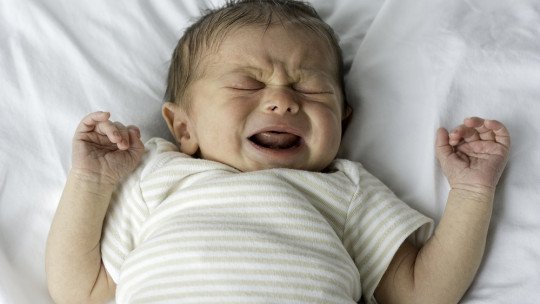 As we already know, the process of human development is something complex and heterogeneous, with the physical and mental evolution and maturation of each of us being different and taking place at different speeds. However, it has been observed that although individual differences exist, as a rule there are different skills and capacities that tend to have been achieved around a certain age. This happens practically from birth, and different evolutionary milestones can be found even from the first month.

Sometimes this can generate certain anxieties, especially in new parents, in order to analyze whether their baby’s development is normative or presents some kind of alteration. And in such anxiety it is often intended to observe behaviors or aspects that actually correspond to much more advanced levels. That is why in this article we intend to make a brief mention of the evolutionary milestones that a baby has usually reached at the end of the first month of life .

What should a one-month-old baby be able to do?

Human beings, like all other animals, are wonderful. From the first moment of birth, we are faced with a being with enormous potential that will end up going far and mastering tremendously complex and demanding skills, even though it ignores the many processes involved. But for this, a deep and prolonged process of maturation and development will be necessary , in which it will gradually learn and acquire abilities.

Thus, many parents ask themselves: “What should my baby do in his first month of life? In this case, we are talking about a practically newborn baby. And during this period, parents, family members and professionals who deal with them will be able to begin to perform different behaviors and actions.

So, what can be expected in this time of development after birth? Let’s look at it in different sections.

Babies’ muscles are still very underdeveloped, and their ability to move is very limited. During the first month of life, movement is usually minimal, limited to head movements (although it will need to be supported against something), with which it even follows sounds and may even lift it briefly. He can move his hands towards his face and usually keeps them tight.

It is also common to carry out spasmodic movements with arms and legs, and it is a stage in which many biologically programmed reflexes can be observed. The control of the eyes is not yet complete.

Although they would actually be part of the movement capacity, reflexes are a very particular element since they are movements that are performed in an instinctive and innate way . Most of them will be lost over time.

In a one-month-old baby, we can find reflexes such as blinking at the light or the contraction of the biceps or the knee (also called patellar) at the presence of biceps or kneecap taps. We can also see the runaway reflex, in which the leg has some flexion in response to a painful sensation. One of the best known is the grasp reflex, which causes the baby to hold on to something in the palm of the hand with force.

There is also the Babinski reflex , in which the toes are stretched and turned inwards by the pressure of the external edge of the foot, or the Moor in which, in the face of loud noises, legs and hands are extended and then the arms are shrunk, forming a small barrier as if trying to protect the body.

The sense of hearing exists in the human being since before birth, being the correct hearing since birth. But this does not mean that you are able to recognise them. It will be towards the end of the first month of life that we will see how our baby begins to recognise sounds such as our voice .

Vision is a sense that, unlike hearing, takes a little longer to develop. During the first month of life, you can expect your baby to be able to focus on things up to about 25 cm away. They also seem to be able to recognize the contrast between black and white. It is common for the gaze to focus more on the outer contours of objects , unless they show movement.

5. The sense of taste

Taste is like the ear a sense of early development. Sweet, salty, acid and bitter are recognizable a few hours after birth . In the first months and during childhood, there is a preference for sweetness (in the case of a one-month-old child, milk).

Clearly, a baby experiences different emotions. However, it should be noted that many of the emotions that we consider basic as adults contain cognitive and learned aspects that a one-month-old child still lacks.

It is considered that the emotions that first manifest themselves and that are already in this vital stage are surprise, pleasure, discomfort or pain and interest . Other emotions such as joy or sadness do not usually appear clearly until months later.

It is well known that babies spend most of their time sleeping or eating . In fact, they can usually spend up to 20 hours a day sleeping, from which they come out in cycles of about four hours to feed.

The high number of hours a baby can sleep is not something we should be concerned about (unless he is not active or does not eat or cry), but it is normal and healthy. Deep sleep is particularly important, as it takes up most of the child’s sleep and is linked to the development of the brain.

A baby’s basic form of communication, as most of you know, is crying. However, you can also see how some children of this age are beginning to be able to use the a and o , although this is not yet babbling.

The socialization capacity of a one-month-old baby is minimal, and in fact it could not be considered as such because its acts do not obey an attempt to communicate with its peers and there is not even differentiation itself yet-others. However, it can be observed that children of this age have a preference for the visualization of human faces , being what most frequently captures their attention. Very early children may begin to use a social smile, although this is more typical of the second month of life.