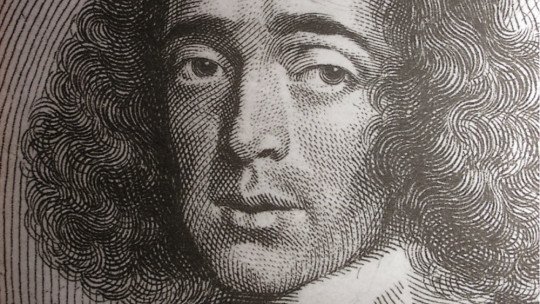 What are we? Why are we here? Does existence itself make sense? How, where and when did the universe originate? These and other questions have aroused the curiosity of human beings since ancient times, who have tried to offer different types of explanations, such as those coming from religion and science.

The philosopher Baruch Spinoza, for example, created a philosophical theory that served as one of the most influential religious references in Western thought since the 17th century. In this article we will see what Spinoza’s God was like and how this thinker lived spirituality.

The Scientific and the Religious

Science and religion. Both concepts have been continually confronted throughout history. One of the subjects in which they have clashed most is the existence of God or of different gods that hypothetically have created and regulate nature and existence in general.

Many scientists have considered that the belief in a superior entity is an unrealistic way to explain reality . However, this does not imply that scientists cannot have their own religious beliefs.

Some great figures in history have even maintained the existence of God, but not as a personal entity that exists and outside the world. This is the case of the renowned philosopher Baruch de Spinoza and his conception of God, which has later been followed by renowned scientists such as Albert Einstein.

The God of Spinoza

Baruch de Spinoza was born in Amsterdam in 1632 , and has been considered one of the three greatest rationalist philosophers of the 17th century. His reflections involved a profound criticism of the classical and orthodox vision of religion, which ended up leading to his excommunication by his community and his exile, as well as the prohibition and censorship of his writings.

His vision of the world and of faith comes very close to pantheism, that is, the idea that the sacred is all of nature itself.

Reality according to this thinker

The ideas defended by Spinoza were based on the idea that reality is formed by a single substance , unlike René Descartes, who defended the existence of res cogitans and extensive res. And this substance is nothing other than God, an infinite entity with multiple properties and dimensions of which we can only know one part.

Thus, thought and matter are only expressed dimensions of that substance or modes, and everything around us, including ourselves, are parts that make up the divine in the same way . Spinoza believed that the soul is not something exclusive to the human mind, but that it permeates everything: stones, trees, landscapes, etc.

Thus, from this philosopher’s point of view what we usually attribute to the extracorporeal and the divine is the same thing as the material; it is not part of parallel logics.

Spinoza and his concept of divinity

God is conceptualized not as a personal and personified entity that directs existence externally to it, but as the sum of all that exists, which is expressed both in extension and in thought. In other words, God is considered to be reality itself , which expresses itself through nature. This would be one of the particular ways in which God expresses himself.

Spinoza’s God would not give a purpose to the world, but this is a part of it. He is considered to be a nature of nature, that is, what he is and gives rise to different modes or natures, such as thought or matter. In short, for Spinoza God is everything and outside of him there is nothing.

This thought leads this thinker to say that God does not need to be worshipped nor does he establish a moral system , this being a product of man. There are neither good nor bad acts per se, these concepts being mere elaborations.

Spinoza’s conception of man is deterministic: does not consider the existence of free will as such , since everything is part of the same substance and nothing exists outside it. Thus, for him freedom is based on reason and understanding of reality.

Spinoza also considered that there is no mind-body dualism , but that it is the same indivisible element. Neither did he consider the idea of transcendence in which soul and body are separated, being important what was lived in life.

Einstein and his beliefs

Spinoza’s beliefs earned him the disapproval of his people, excommunication and censorship. However, his ideas and works remained and were accepted and appreciated by many people throughout history. One of them was one of the most valued scientists of all times, Albert Einstein .

The father of the theory of relativity had religious interests in childhood, although these interests would later change during his lifetime. Despite the apparent conflict between science and faith, in some interviews Einstein would express his difficulty in answering the question of whether he believed in the existence of God. Although he did not share the idea of a personal God, he stated that he considered that the human mind is not capable of understanding the totality of the universe nor how it is organized , despite being able to perceive the existence of a certain order and harmony.

Although he has often been classified as a convinced atheist, Albert Einstein’s spirituality was closer to a pantheistic agnosticism . In fact, he would criticize the fanaticism of both believers and atheists. The winner of the Nobel Prize in Physics would also reflect that his religious stance and beliefs were close to Spinoza’s vision of God, as something that does not direct and punish us but simply forms part of everything and manifests itself through this whole. For him, the laws of nature existed and provided a certain order in the chaos, manifesting in harmony the divinity.

He also believed that science and religion are not necessarily in conflict, since both pursue the search for and understanding of reality. Moreover, both attempts to explain the world stimulate each other.