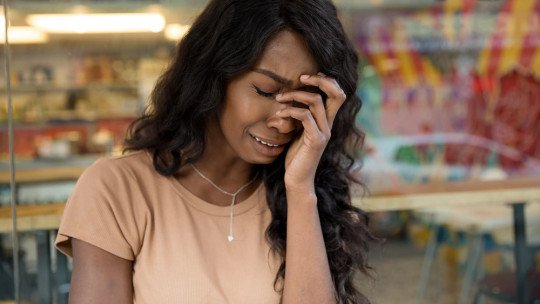 Schizophrenia is a complex disorder, which generates serious difficulties and a high level of dysfunction and suffering for those who suffer from it and/or their environment. This disorder is considered chronic and requires continuous and permanent treatment, being the fundamental medication to keep the patient’s symptoms under control and to keep the subject stable and without psychotic outbreaks.

Schizophrenia is a psychotic mental disorder whose diagnosis requires the presence for at least six months of symptoms such as hallucinations, delusions, speech disorders (at least one of these three being present) along with other disorders such as motor restlessness, catatonia, alogia or impoverished thinking, emotional flattening or abulia.

The suffering of this disorder implies a great alteration in the person’s day-to-day life, affecting all or almost all vital areas such as personal interaction, couple, work, studies or leisure. It is possible that some of these subjects are not aware of the presence of alterations or that they do not consider them as such but as part of their reality, but generally it implies suffering both for a large part of those who suffer from it and for their families .

It is a disorder that can present very different courses depending on the person and the type of symptoms that it presents. However, this is a chronic disorder for which there is currently no cure, and treatment is focused on controlling the symptoms. Such treatment, in order to maintain the stability of the patient, requires to be continued throughout the life of the subject. To a large extent, part of the well-being that can be enjoyed depends on the use of these drugs .

Reasons that lead people with schizophrenia to stop medication

Although great attention is usually paid to making clear the need for continued treatment, a large percentage of people with schizophrenia choose to stop taking their medication or do not follow the guidelines given by their doctors. In fact, several studies indicate that less than half follow such medical guidelines as indicated (some by default, others by excess). It is estimated that among people who drop out 25% do so during the first ten days, half a year and 75% after two years. Why? The following are some of the reasons why it is common to abandon drug therapy.

One of the reasons that can lead a person with schizophrenia to not take medication, especially in the early stages after diagnosis, is a lack of awareness of their disorder. Not knowing what they have or do not have the ability to recognize the existence of disorders (e.g., patients with cognitive impairment) means that the possibility or need for medication is not considered.

These patients can take the medication at a given time by inertia or by initial medical prescription, but end up abandoning it when they consider that its consumption makes no sense.

2. Panic or flight reaction to diagnosis

Being diagnosed with a mental disorder, especially one considered chronic such as schizophrenia, is very hard and difficult to take on. It’s not uncommon in the early stages for there to be a denial of the diagnosis and a deep rejection of the idea of medication or treatment, as if doing so meant accepting that you have the disease. This can cause people who have been diagnosed with the disorder to refuse to start taking medication or, even if they have started taking it, to suddenly decide to stop. As in the previous case, this is especially common in the first moments after diagnosis .

3. Alterations produced by the disorder itself

In some patients, the disorder itself can lead to withdrawal from medication. For example, a paranoid subject may begin to see the fact that he is taking medication as proof that he is trying to be poisoned or controlled externally and react aversively to it. Although the effects of the medication would in principle alleviate the psychotic symptoms, the acquisition of tolerance or the lack of effectiveness of a medication in a specific case may cause hallucinatory symptoms to appear that would generate such rejection.

The main and most frequent reason that leads a person with schizophrenia to stop taking medication is the existence of side effects caused by the medication. Many of the antipsychotics and drugs used can cause serious discomfort to those who use them, especially when it comes to classic neuroleptics. Some of the most common are drowsiness and sedation, along with weight gain .

Among them we can find the emergence of motor problems such as the appearance of akathisia or motor restlessness, dyskinesias, uncontrollable movement or even tremors of the parkinsonian type. Sometimes antiparkinsonian drugs are added to the medication to be taken precisely for this reason. They can also generate symptoms of a sexual nature, such as gynecomastia, galactorrhea (expulsion of milk from the breasts regardless of sex), amenorrhea or erectile dysfunction. Dizziness, gastrointestinal disturbances, tachycardia and other alterations such as an elevation in the blood glucose level (facilitating the appearance of diabetes) may also appear. In some cases even more dangerous problems may arise, such as neuroleptic malignant syndrome or agranulocytosis (which can be fatal).

Although the drug may have the symptoms of schizophrenia under control, many patients report problems concentrating or performing mentally, as well as becoming tired and sleepy for much of the day . A decrease in creativity, energy and the desire to do things has also been mentioned. This may lead to alterations in family life, leisure or work.

Not all drugs work the same in all cases, and there is even a possibility that some drugs may not be effective in treating some cases or that the subject may be resistant to them. Although the procedure to follow would be to modify the dose or the drug, some patients may feel hopeless and abandon the treatment.

One reason that some people stop taking medication, both in schizophrenia and in other disorders (e.g., common in depression or bipolar disorder), is the more or less stable absence of obvious symptoms over a relatively long period of time. The subject may think that he/she has already overcome the problem and that it is no longer necessary to take such medication, having already been cured by the previous medication. Unfortunately, the symptoms often end up reappearing over time or with the presence of stressors.

The importance of treatment adherence

The reasons described above are multiple and, in many cases, understandable. However, schizophrenia is a disorder that generates a great deal of dysfunction in the life of those who suffer it if it is not treated, both in the person’s life and in their environment. It is necessary to employ continuous treatment over time. It is essential for professionals who treat patients with this disorder to carry out psychoeducation for the patient and his/her environment , explaining how it works, the need to take medication and the high level of adherence to the treatment, the risks of not doing so and giving space to the expression of fears, doubts, thoughts, feelings and questions.

If a drug is not effective or has very serious side effects it is possible to look for different alternatives and substances that can replace it . There are also intramuscular depot presentations available that mean that many subjects do not have to take medication frequently (which would solve an aversion to frequent drug consumption or real forgetfulness of the doses and need to take the medication), and even some preparations such as paliperidone palmitate that can be injected monthly (or in some cases even quarterly).

This does not preclude further research into new drugs and alternatives that may address this disorder in a less aversive manner. In fact, it was this concern that generated the exploration and research that led to the emergence of atypical or second generation antipsychotics, as well as numerous advances that are applied today.