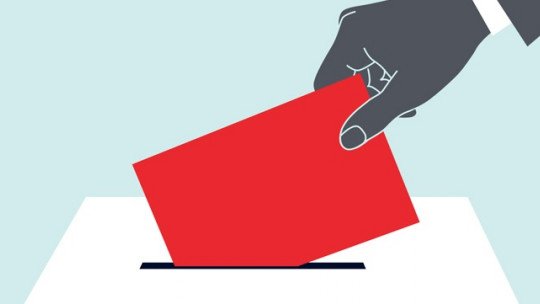 I want to ask you a question: how can you tell if a certain person is loving, or selfish, or violent, or whatever other qualifier you can think of?

For purely operational reasons, I cannot hear your answer, but I can imagine it: Surely you would tell me that in order to know if the person in question possesses these qualities he should first be able to observe how he behaves.And this does not surprise me. We judge others, and eventually apply qualifiers to them, by observing how they conduct themselves in their daily lives.

What does turn out to be a rather curious fact is that many times we use the same methodology to judge ourselves .We know if we are affectionate by making a mental review of the gestures of affection we usually have with our partner, or our children, for example.

Usually the dynamics follow that order, even if we are not aware of it: First we look at how we behave and then we apply a label, or we join a certain category, be it brave, funny, optimistic or sensitive.This is the first point I want to make in order to answer the question that shapes the title of this article.

Consistency as a value

And speaking of human qualities, the second issue to take into account is the need for congruence that we experience most human beings.

Coherence, defined as a certain harmony between what a person says and does, is a highly valued virtue in all cultures. The opposite, incoherence, translates into erratic behaviour , inconsistent or unpredictable. And the truth is that nobody likes people who do not manage to adjust to a line of conduct.

It is normal that people who constantly change their minds, or are easily influenced, are labeled as lazy, weak-willed, or just plain dumb.Thus, coherence is a highly valued personality trait . When we form an image about ourselves, we strive to be consistent with that image.

At all times, our own behavior tells us a lot about ourselves, even at election time. When we vote for the candidate Fulano, at the same time we build a whole scaffolding that starts to work as a support and facilitator that will help us to vote again in the next elections . In this sense, if we have already decided on So-and-so the first time, it is coherent for us to continue in the same line of action and vote again for So-and-so the second time.

The phenomenon becomes even more powerful if, when we choose our candidate the first time, we proclaim it loudly and let everyone know. When we openly communicate our support for Fulano in a kind of amateur party militancy, the need to be consistent in the eyes of others is imposed on us with even greater force.

Having reached this point, when it comes to voting again, we not only suffer internal pressure to be consistent with our previous decision, we also suffer external pressure from those who know us.

But the theme doesn’t stop there, it has some even more surprising edges: It has been shown experimentally that when a person has formed an opinion on any subject, showing him concrete evidence that proves that the truth is on the opposite side, does not serve to persuade him the great majority of the time ; worse still, any solid evidence that indicates that this or that person could be wrong, contrary to what common sense says, helps that person to cling even more to his belief.

This curious psychological phenomenon is known as “persistence” and it is theorized that once someone has invested time and effort to convince himself of something, he will vehemently stick to that idea in the face of any hint of doubt or external threat.Know that disarming a belief that is entrenched in the mind is extremely painful for the brain.

Why we always vote for the same candidate

It does not matter too much the brutal struggle in economic or educational matters that the inoperative politician of the moment may be doing; those who voted for them, have no choice but to continue defending it at all costs , putting patches here and there, and building all kinds of rationalizations and fallacious justifications that help to sustain the precarious cognitive scaffolding that is now tottering.

To accept that this time, instead of voting for So-and-so, it would be better to vote for Mengano, is also to accept that they were wrong from the beginning, and if they do so, they will also be implicitly accepting their own stupidity, and throwing away all the personal resources put into play up to that point.

Most probably for that reason, in spite of everything, politicians who only concentrate on their own benefit , totally distanced from the needs of most people, keep making good choices once they have come to power.

The need for internal coherence of those who originally voted for them can be very powerful. And the psychic cost of recanting, too high.