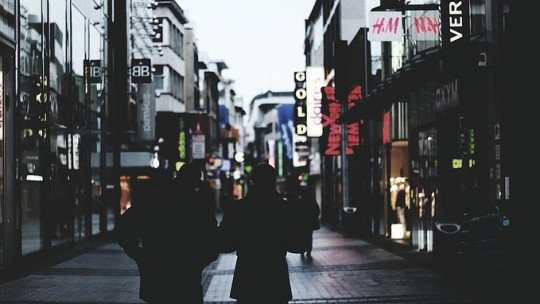 Your little six-year-old son asks you to buy him a bicycle and you, who have not yet received your monthly salary, refuse. But there are also other reasons for your decision: this month you have exceeded your credit card bill, and you still haven’t finished weighing up the pros and cons of buying a bike for your child at such a young age.

But as you well know, the child can be very insistent. Over and over again he asks, begs, pleads with you to buy him a bicycle . But it seems that with each new negative answer you give him, the child, far from becoming discouraged and forgetting the initiative, returns to the burden with greater strength.

Each new onslaught from your little boy is a little more irritating than the last, and you feel that you are beginning to cross your threshold of patience.

After a long and tedious process, the child begins to give some signs of understanding and finally accepts that he is not going to have the bike; he chooses to ask him with his best angel face: “Well, will you buy me a chocolate then?

How could you refuse such an insignificant request? Of course, in this context, you decide to buy him a chocolate.

The million dollar question is this: Would you have bought the chocolate for your child if he asked you in the first place, instead of the bicycle?Most likely, no. Do we buy what we don’t need?Community Services

As part of an experiment, a psychology professor asked his students if they would be willing to work for free two hours a week for the next two years as part of a rehabilitation program for juvenile offenders. Of course, nobody accepted. To agree to such a request was little less than to immolate oneself in life .

But then the professor came back with a smaller, much more reasonable request. This time he asked his students if they would be willing to accompany a group of juvenile delinquents on a two-hour walk through the zoo. At the same time, in another student committee, the teacher asked them directly to volunteer for the trip to the zoo, without the exaggerated request.

What happened? Well, of this second group, 17% agreed, against 50% of the first group, who had previously been asked to do an excessive amount of ordering .

The similarity of these cases

Please note that in both cases the modest order proposed remains unchanged . Both the chocolate that our son wanted and the walk through the zoo that the teacher required in front of his students, do not change.

However, and strange as it may seem, the presence of a much more demanding first order, so inadequate that it would most likely be rejected, significantly increased the chances of a positive response to a second, certainly much more discreet, request. And perhaps this is partly due to the contrast between the two orders.

It happens that the brain does not get along very well with absolute concepts; in order to determine whether something is big or small, fair or unfair, it needs to be guided by a reference parameter. In our examples, the first order is a good point of comparison, accessible in the brain, within reach.

Relativity is the key . And the money spent on a chocolate, in relation to the outlay required by a bicycle, seems a trifle worth analyzing in depth. Similarly, a two-hour visit to the zoo seems a much smaller order than it really is, compared to two years of unpaid work.

Another reason that may contribute to this manifest foolishness may be the need to show ourselves to others as an inherently good, cooperative person or one predisposed to the needs of others. Whether we admit it or not, we are all concerned, to a greater or lesser extent, about the image we convey .

We have no qualms about refusing a request that seems absurd to us, as we consider that we are not at risk of being judged negatively. But when the request for collaboration is reasonable, and especially if we have already said no the first time, it is much more difficult for us to resist the fear of being seen as selfish, individualistic or worse, that it will damage our reputation or good name.

Moreover, the contrast tints our perceptions and induces us to exaggerate the differences between the objects the brain is comparing . Of course, this is not something we do consciously. Many times contrast is generated by contiguity in time; that is, between two stimuli that are presented successively, as in the previous example of the child who asks for a bicycle first and a chocolate later. This is a singular phenomenon to which we permanently succumb and which has serious implications on the way we see the world.

If a six-year-old child, even without meaning to, can manipulate us in this way, there are also a lot of clever salesmen who have no qualms about manipulating us openly. Purchasing and handling: some more examples

You go to a store because you need a new pair of shoes. If the salesman who is dealing with you has experience in the field, he will most likely first show you a pair of top quality reinforced leather shoes, imported from the principality of Luxembourg, and at a very high price.

Then, as soon as a negative expression of discouragement is drawn on your face, the salesman will rush to show you another pair of shoes, also of excellent manufacture, he says, but of a cheaper price that, according to the contrast generated, you will perceive as much cheaper than it really is .

With the first offer, the seller will be establishing a comparison parameter, an initial price that will function as an “anchor” from a perceptive and psychological point of view. Mentally tied to this starting point, the price of the second pair of shoes, which is undoubtedly the one the store employee wants to sell you from the beginning, will seem much lower than it really is.

It is worth clarifying that following the opposite procedure, that is, showing you the “cheap” shoes as soon as you set foot in the shoe store, and the “expensive” ones afterwards, is a bad strategy that is detrimental to the interests of the seller, since having established a low “anchor” price, and that will work as a model of comparison for everything you can offer later, it will only serve to make the customer perceive as an excess what a priori could be normal values and according to the footwear sale item.

Car sales agencies permanently use this psychological trick to sell us things that we didn’t really plan to buy.

The relative price in cars

When we buy a new car, and once the paperwork is finished, the price of the vehicle becomes the point to which we will refer mentally when the seller starts offering us, one by one, what will probably end up being a waterfall of accessories.

“For only $100 more, you can have automatic window lifters,” the salesman tells us. And we think it’s an excellent idea. After all, we just bought a $15,000 vehicle… and $100 seems like a big deal to us. Of course, once we accept, the seller will offer us the inclusion of a music player for only $200 extra . A bargain, we thought.

And then, seats upholstered with washable leather, additional state-of-the-art GPS, and a whole battery of insurance and extended warranties for figures that will seem negligible compared to the original value of the car; that’s not counting the ten taxes that are added up and never mentioned to us the first time.

What if we need to buy a suit?

Well, the salesman who knows that the human brain makes value judgments based on comparison, or at least intuits it, will only offer us a suitable shirt, which matches perfectly, once we have paid a good amount of money for the trousers.

And then a tie; after all, a suit without a tie is an incomplete suit . But only in the second instance, once the price of the suit has settled in our mind as a benchmark that constitutes the measure for everything that comes after.

As if this were not enough, we apply the same criteria to the perception of people’s beauty . Let’s suppose, in case you are a man and straight, that I show you a picture of a woman. I let you look at the picture carefully and then ask you to rate how much you like that woman by giving her a score from 1 to 10.

Your appreciation of the feminine beauty you have just seen will surely be contingent on the model of comparison you find in your mind at the time.

There are many studies in which it has been observed that men value the beauty of a woman much more negatively if they were previously browsing a fashion magazine saturated with images of models while they had to wait to participate in the experiment, compared to the valuation made by another group of men, who were asked to entertain themselves by looking at an old newspaper.

The same phenomenon has also been observed when men, before having to give an aesthetic score to women, are asked to watch some television program starring actresses of recognized beauty. After exposure to a young woman of extraordinary beauty, men tend to underestimate ordinary female beauty, although beauty at the end of the day.

In short. The brain has difficulty thinking and making decisions in absolute terms , it always needs a reference point, something that works as an accessible parameter of comparison.

We know whether something is good or bad, big or small, expensive or cheap, by looking fundamentally around us, analysing the context in which we find ourselves, and comparing the object of our interest with something else that, of course, belongs to the same category.

The problem lies in the large number of scammers who intuitively know this curious property of the brain, and use it to swindle us or sell us things that, under a colder and more rational analysis, we would realize we do not want or need to buy.