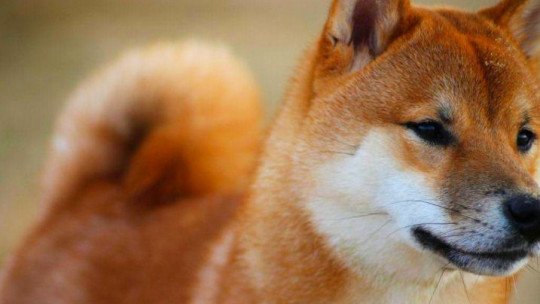 It may be difficult for those who have never had a pet to understand, but the death of a dog can affect more than the death of a person with whom one had a close and almost daily relationship, or at least comparable to the pain that this type of mourning entails.

Why does this happen? After all, from an evolutionary perspective it doesn’t make much sense: we spend time and effort maintaining an emotional bond with a species that is not our own, and when the animal dies, we also sacrifice part of our welfare to mourn its death.

Perhaps this doubt is misplaced. Having a friendship with a dog does not mean following a cost-benefit strategy in which we take care of the animal to obtain a product in return. That is, perhaps, what would happen if a dog were just that, a dog. But it is not like that: our companion is much more than a pet.

There is something that distinguishes dogs from other animals that have traditionally been cared for and domesticated by humans: they have had a long time to evolve. In almost all senses, the domestic dog has been transformed into the perfect companion , an animal that, in spite of not having the facility to think in an abstract way that we have, is capable of changing its behaviour in the face of death or the prolonged absence of its faithful friend.

How to forget, for example, the case of Hachikō, the Akita breed dog that spent the last 9 years of its life staying at the train station where its master left not to return due to his death.

What makes this animal unique, and what makes its loss so painful, is that it spontaneously bonds with other species without special training. In fact, it has been proven that the simple fact of looking into a dog’s eyes for long periods of time makes its brain start to behave just like the human being who keeps his eyes fixed: oxytocin, the love hormone, starts to be produced in great quantity, and both the human being and the dog coordinate this cycle of hormones.

The evolution of the human’s best friend

Some biologists and anthropologists, like Brian Hare, believe that the domestic dog has evolved from the wolf species to survive alongside our species, leaving behind its aggressiveness and territorial character.

The gregarious character of the wolf has been preserved , but throughout the 10,000 years of history that have passed since the first domestications of the dog these animals have begun to develop other psychological characteristics that have brought them closer to us: they have become more curious than reserved, more playful than hostile, more tolerant of change and, therefore, much more likely to learn new things from another species.

Somehow, a human characteristic, the possibility of creating societies and transforming the environment, has served to modify the DNA of a part of the wolf population, making these animals find a place first in the tribes and then in civilization.

Knowing all of the above allows us to better understand why the death of a dog affects us so much. Basically, because due to their spontaneous character and their ignorance of sophisticated social norms , buts have become the perfect friends and companions.

They are neither individualistic enough not to react in any way to human presence or even to avoid it, nor human enough to care about their social image, to fall into prejudice or stereotypes or to manipulate by trying to win someone’s friendship in exchange for a long-term goal.

When a dog dies, we are losing a being who offered us company based entirely on the here and now, on the small moments, and who appreciates all forms of spontaneity without worrying about what others will think. In many ways, dogs allow us to count on someone’s friendship without having to give up who we are in our private life.

Many other people may not understand that grieving for pets is especially hard in cases where it is a dog that has died, and in some cases they may secretly think we are acting theatrically. However, it is worth knowing that feeling deep emotional pain is completely normal and legitimate in such cases, and that nothing and no one has the right to question the authenticity of the moment.