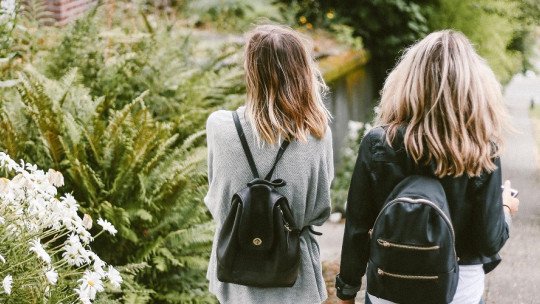 One of the first lessons we learn as we enter adulthood is that justice is something created by humans, not a principle governing nature. Beyond some religious and clearly metaphysical concepts such as karma, we assume that it is normal for us to have to struggle to do justice, rather than let justice do itself.

But knowing this doesn’t make certain personal relationship problems any less frustrating. The appearance in our lives of people who fail us when we think they should be there for us is one of those uneasy experiences to which we don’t always know how to respond.

When personal relationships disappoint us

It has happened to all of us; there are people with whom, despite having shared good times and conversations full of sincerity, we end up distancing ourselves when we see that they are not there when we need them most. Even after we have done them important favors.

The disappointment experienced in these cases is not usually the cause of the distancing, but another of the consequences of this small betrayal . However, in those moments we usually remember that, technically, the others do not have to fit with our expectations. There is a reason why they are completely independent from us, they do not exist to satisfy our needs. The fact that when we were children we had parents who encouraged some actions and penalized others does not mean that nature automatically distributes prizes and punishments. It is a fact that favors do not have to be returned.

But… are we to be satisfied with that explanation? When we realize that the people who fail us are becoming suspiciously numerous , aren’t there more possible explanations than just chance?

Why is hardly anyone there for me?

It is important to understand that in virtually any personal problem there are causes (not necessarily blame) in ourselves and in the context in which we live. Since to understand the second factor it is necessary to study it case by case, we will now look at two possible explanations related to the second factor. Both indicate a possibility of improvement of the situation .

A Bias towards Toxic Relationships

We may have a bias towards especially appreciating the company of a profile of people who simply commits very little to relationships or friendships. People with a superficial charm, for example, who are very friendly but always keep their distance so as not to get involved in other people’s problems. Or simply extremely individualistic and not very lonely people who, because of their rebellious appearance, we find attractive.

If we spend a lot of time and effort creating friendships to establish contact with these people, we are likely to become more frustrated in the medium and long term, when a good part of the people with whom we relate begin to fail us.

That is why it is good to reflect on the possible existence of these biases and to reorient towards other people or social circles the mission of knowing people. Perhaps prejudices and the little variety of places through which we relate to others are limiting our possibilities of meeting people who fit in well with us.

Learning to be there for oneself

Good and evil are not two elements totally separate from each other. Both depend largely on the context of the person who reproduces them through his or her actions. For example, it is not the same to steal as part of the middle class as it is to beg. Bearing this in mind, it is understood that the same people who totally ignore our needs and do not care about us can become very good friends with us in a somewhat different context .

And what could be making that potential friendship only be experienced as something totally superficial? Among other things, it may have to do with a problem of self-esteem and assertiveness .

If others perceive that we do not value ourselves, they tend to imitate our behavior, because we are the best experts on ourselves. Part of the absence of the people who are there to accompany and support us may be because we send the signal that doing so is not necessary.

For example, if we systematically renounce defending our views, or defending ourselves from unfair criticism, the idea we communicate is that renunciation is our way of life and that, therefore, no one should sacrifice time and effort to support us, because neither we nor we do it in the first place.

In any case, we must be clear that although the responsibility for improving our self-esteem and assertiveness is ours, that does not mean that the blame for what others do to us is also ours. In fact, it is possible that the problem of self-esteem originated from the unfair behavior of others towards us and that, from there, a vicious circle of self-fulfilling prophecies was created (others take us little seriously because we expect them to).