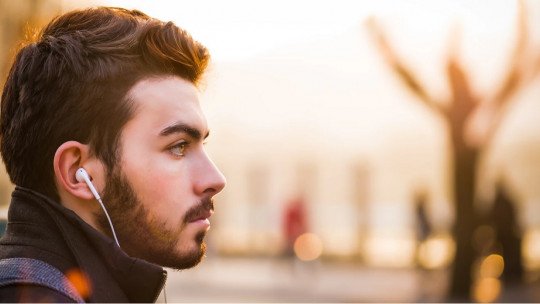 Intelligence is one of the most important mental traits that have been studied by psychology. It has been shown that having a high level of IQ (the indicator of the level of intelligence) is related to having a greater probability of enjoying a long life, with access to well paid jobs, and in a good state of health.

Now, what is the link between intelligence and love? Several investigations have set out to explore this fascinating relationship, and today we will see one that, in particular, focuses on analyzing the way in which the smartest men face marriage.

An advantageous trait in love

It makes sense that intelligence is something that allows us to adapt well to the environment , since by definition, this trait is the ability to find solutions to new problems. The opposite of solving a situation by resorting to routine and memorized actions through habit is intelligence.

However, it is also true that under this famous concept there is a certain ambiguity. What exactly are the mental abilities that are working in a particular situation to achieve an objective? Is it the same intelligence that acts when solving a mental calculation operation as that which intervenes when understanding a text of philosophy? The answer is yes and no: intelligence is a set of mental processes, and at each moment some of them become much more important than others .

Now, what does it take to be smart in love relationships? In this case we have to take into account that nowadays gender roles still have a lot of influence on the way most people behave in their relationships and marriages. That is why it is worth differentiating by sex. In this case we will focus on what happens to men, their marriages and their level of IQ through research carried out by a team of Finnish psychologists led by Jaakko Aspara.

It’s been known for a long time that the smartest men are more likely to get married. However, this does not mean that intelligence is an element that improves the bond between these men and their partners; it could also be the result of a parallel effect of having a high IQ: higher income levels .

In the end, if a man chooses better jobs because he is smarter, he will also be better able to contribute resources to build a family (and more so when, as a result of inequality, many women cannot contribute as much money to life together).

Thus, the researchers led by Aspara wanted to see if it was a greater capacity for affective management of relationships , and not the family economy, which explains this greater success in marriage.

In addition, they wanted to see what kind of mental subskills encompassed in the concept of intelligence make these men more successful in life with their partner.
To carry out the study, Aspara took advantage of the large amount of data that the Finnish government collects: income, marital status and IQ data of all men living in the country (this last data, as a result of the tests that men pass when they go through the compulsory military service).

And what mental skills were most important to the health of the marriage? To find out, researchers switched from looking at IQ as a measure of general intelligence to looking at scores on the separate parts of the tests that measure these specific abilities: logical, numerical, and verbal reasoning. The verbal skills were clearly those that best explained the possibility of having long marriages.

The Importance of Partner Communication

One explanation for this is that verbal skills allow for better communication in relationships in general and in marriage. This would be very enlightening, as it would mean that many of the conflicts in a couple are actually a matter of communication errors . Of course, better language skills also make it easier to seduce, which makes the start of a stable relationship more likely.

In short, if the smartest men make better husbands, it seems that it is not for their ease of speech, but for their ability to connect with their partners, to make them understand their way of seeing things and their interests.