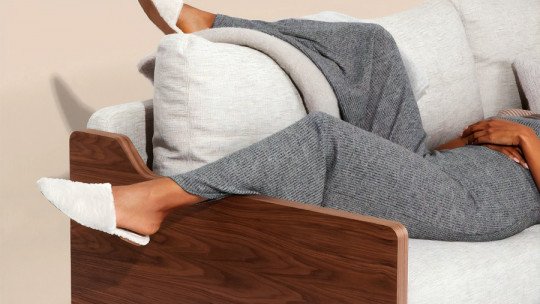 The reason is that, like all stigma, it was based only on mistaken beliefs about this type of intervention on patients, and the passage of time has been exposing these myths at a frightening speed.

What is a stigma?

Much of what we think about our surroundings comes from what generations before us thought about it.

That is what living immersed in a culture has to do with it: that almost all the things we think are “borrowed” from others who thought of them before us . For example, it is all very well to believe that our attitude towards politics defines us as free thinkers, but one only needs to think about abortion to realize that what has happened during the last centuries totally conditions the way we are for or against that practice.

For good and for bad, our psychological life is inherited from the psychological life that took place previously in the regions in which we inhabit or have come to inhabit. And this is especially noticeable in the case of the processes of stigmatization, which have done so much damage throughout history.

What is a stigma? From the point of view of sociology and social psychology, it consists of a series of negative connotations and adverse emotional reactions arbitrarily associated with a group or an activity . As an example of the stigmatization of collectives, a clear case is that suffered by Jews, and as an example of the stigmatization of activities, we can find it in the trades considered unworthy and whose exercise does not harm anyone in particular.

The latter is what has happened for decades with going to the psychologist, something that until not so long ago was seen as a symptom of weakness or a total disconnection from reality.

Why is the myth of going to the psychologist disappearing?

As we have seen, the stigma is based on a mixture of ignorance and a predisposition to have reasons to discriminate against certain groups of people. There are no reasonable grounds for treating the victims of stigma worse, but since there is a cultural tendency to do so (and sometimes even legal and institutional mechanisms), the current is followed, imitating what others do and think, the majorities with the power to discriminate .

Now… Why has there been the stigma of going to the psychologist, but it has been rapidly falling away in recent years? It is difficult to find a simple answer to this, but here we will see several factors that, as a professional of psychology, I believe have influenced.

1. The Scientific Support of Psychotherapy

Psychotherapy has long since stopped being based on trial and error experiments, seeing if anything helped the patients by chance.

Currently, many of the basic psychological mechanisms are known that help to weaken the patterns of behaviour and thinking that make people suffer and that can be intervened through psychotherapy. And it is also known how to take advantage of these mechanisms to not only mitigate much of the discomfort, but to generate new sources of happiness by helping patients incorporate appropriate habits into their daily lives.

Obviously, it is not an exact science like mathematics and there is room for uncertainty about what will and will not work (as is the case with medicine applied to mental health), but decades of research in psychology allow us to have confidence in certain therapeutic strategies and tools.

Today, the type of psychological intervention with the greatest scientific evidence on its effectiveness is cognitive-behavioral therapy , a current from which a good part of the psychologists in Spain start.

2. Examples of celebrities going to the psychologist

It may seem silly, but the simple fact of seeing that people who are admired and who enjoy a very good image nationally or internationally go to the psychologist is more powerful than many PR campaigns.

In many cases, moreover, these famous people show no qualms about saying that they have attended or are attending psychotherapy ; they understand that it is relevant information because they are people with a strong public life, and that it does not harm their image because they do not intend to give an image of artificial perfection. This is the case of artists and sportsmen like Angelina Jolie, Andrés Iniesta, Sophie Turner, Leiva, and many more.

Something that works can’t stay in the shade for long. The usefulness of psychotherapy has been passing from one person to another in the form of advice and recommendations, and many patients make other people with certain problems and needs realize that going to the psychologist makes all the sense in the world.

4. The change of values

Not all the reasons why psychotherapy is well regarded have to do with the merits of the psychologists themselves. It is also true that there has been a change in values in much of Western society. Today emphasis is placed on the need not to prejudge , not to fall into the trap of hating for the sake of hating, of excluding for the sake of excluding, and not to feed a hypocritical mentality based on accusing others for not fitting a model of perfection that nobody fulfils.

The 5 keys to choosing a good psychologist

Regardless of the myths that have been circulating about what it takes to go to the psychologist, it is true that not everyone has the information needed so that, once they have decided that they want to go to therapy, they can make good choices. These are some keys to making the best choice when deciding which professionals to turn to . You have to look at:

The exercise of psychotherapy is based on a lot of practice; someone who only has the theory will probably not be able to reach everything that is asked of him/her .

There are many profiles of psychotherapists; therefore, the best thing to do is to tune up the shot and go to one who knows how to treat the problem you have , among others.

If you can, seek recommendations from the psychologist who is on your mind. It’s also a good idea to check their credentials.

In the world of psychology there is always something new; that is why the best professionals are always being trained : attending seminars, taking courses, etc.

It is important to have basic information about a professional before going to the first psychotherapy session. Look at how much information is available about their work and academic history.