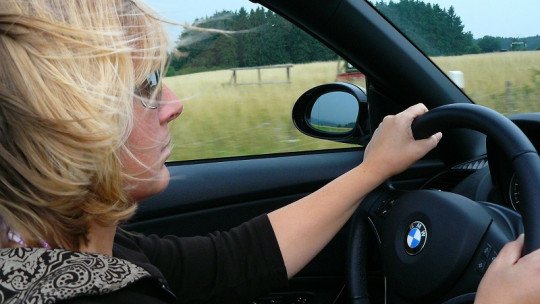 When a car is driven in this way, the accident rate is six times lower than that of cars with male drivers and co-drivers.

On the other hand, a study carried out in the United States states that men cause up to 80% more accidents than women drivers.

One study states that the perfect couple at the wheel is composed of a woman driving and the man looking at the map . The research has been carried out by the Fundación Línea Directa and has been called “The co-driver and his influence on the prevention of traffic accidents. A gender perspective”.

To reach this conclusion, they have analysed the data of all the accidents that have occurred in Spain (with and without co-pilot) between the years 2011 and 2013, that is, a total of 255,000. In addition to this data, they have also obtained information from a survey in which 1,206 people have participated.

The results of the report conclude that “the presence of the co-driver significantly reduces the chances of suffering a road accident, since if you travel with your partner the risk drops by almost 35%”, as stated in the newspaper El Mundo .

According to Francisco Valencia, general director of the Fundación Línea Directa, to the same newspaper, the reason for this report has been “to know the profile of the perfect driver and co-driver and the safe behaviour at the wheel, because for the first time in 11 years the number of deaths due to traffic accidents has increased”.

Perfect co-pilot: a male between 60 and 69 years old because he is not distracting and is attentive to signaling

But there’s more. This report also reveals the perfect co-driver profile: a male between 60 and 69 years old , as he does not distract the driver and pays attention to the signs and other occupants of the vehicle (such as children in the rear seats).

The profile of the “worst co-driver” is that of a young boy between 18 and 29 years old who is all the way talking, criticizing the driver and annoying. But a curious fact, when a woman drives and the co-driver is also a woman, the accident rate doubles. When a man drives and a woman is a co-driver, it is multiplied by 2.2.

Other studies that say women are better at driving

In addition to this study, other research has also shown that women are better drivers than men .

This same year, a study carried out by the British insurance agency Privilege , showed that 28% of women thought they were better at driving than men, and only 13% of men thought women were better at driving. But these prejudices about women’s driving were evident in the study, as after assessing both men and women’s driving, and evaluating their driving on a 30-point scale, women scored 23.6 points, while men scored only 19.8.

Furthermore, when both sexes were surveyed about their perception of their driving, men had overestimated their driving . For example, when asked if they had driven at the appropriate speed, 84 percent of the men answered yes, but only 64 percent had done so well.

Finally, another study conducted by the U.S. insurance agency “4autoinsurancequote” in 2007 states that 80 percent of fatal accidents in that country are the result of bad driving by men. The study concludes that women are 27 percent less likely than men to cause an accident.