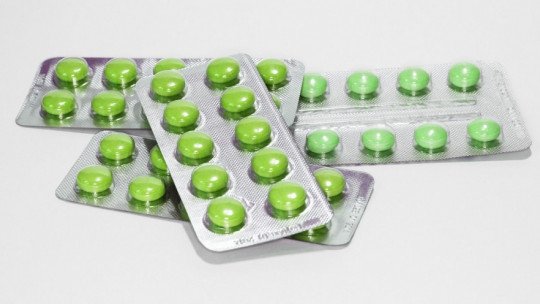 In recent years, Z-drugs, a type of hypnotic that rivals benzodiazepines, have become popular as medical treatments of choice for insomnia. In this article we will analyze the pharmacological properties, uses and adverse reactions of zopiclone , one of the most prominent anxiolytics within this group.

Zopiclone is a psychoactive drug of the class of hypnotics and sedatives, substances that inhibit the activity of the central nervous system, promoting relaxation and sleep. It is a relatively recent drug: it was launched on the market in 1986 by the French company Rhône-Poulenc.

Together with zolpidem, zaleplon and eszopiclone, zopiclone belongs to the group of “Z-drugs” (in addition to that of cyclopyrrolones). These hypnotics, which increase the action of the neurotransmitter GABA in a similar way to benzodiazepines, have become very popular in recent years for the treatment of insomnia.

Although the relaxation caused by zopiclone occurs mainly in the central nervous system, it also affects the peripheral system and the muscles to a lesser extent. Consequently, it has mild myorelaxant and anticonvulsive effects in addition to those of an anxiolytic and hypnotic type.

Zopiclone is mainly prescribed in cases of insomnia , not only of reconciliation but also of maintenance, since it reduces sleep latency and its sedative effects are maintained for several hours. Unlike other hypnotics, zopiclone does not significantly alter the phases of sleep.

In general, treatment with zopiclone is limited to one or two weeks, or a month at most. This is because the organism develops pharmacological tolerance easily, so to obtain the same effects the dose must be increased progressively; this is the main factor that explains dependence or addiction to psychoactive substances.

Although zopiclone and the other Z-drugs have been considered superior to benzodiazepines for some years, recent research suggests that the intensity of their therapeutic effects is very similar. In addition, zopiclone may have an even greater addictive potential than benzodiazepines , particularly if combined with alcohol.

In fact, excessive consumption of zopiclone along with alcohol or other psychoactive drugs is relatively common. In many cases these acts have recreational purposes or are related to self-medication, and increase very significantly the risk of a traffic accident.

Mechanism of action and pharmacokinetics

Zopiclone has agonist (i.e., enhancer) effects on benzodiazepine BZ1 receptors, associated with the release of GABA or gamma-aminobutyric acid. GABA, which reduces the excitability of neurons, is the main inhibitory neurotransmitter of the central nervous system; it also promotes muscle relaxation.

This mechanism of action is equivalent to that of benzodiazepines, which have been the most widely used anxiolytics for many decades. Both types of drugs bind to the same classes of gabaergic receptor, producing very similar therapeutic effects and adverse reactions.

However, zopiclone affects the brain waves during sleep less than benzodiazepines. This drug shortens stage I sleep (which explains why it reduces sleep latency), but does not alter the REM phase. In addition prolongs the slow wave stages and stage II , which can be positive or not too disruptive.

It is a rapidly absorbed psychoactive drug whose maximum power is produced around 2 hours after administration, although the effects begin to be noticeable after 1 hour. The average lifespan is between 4.5 and 7.5 hours, approximately; this is why is effective in treating early awakenings .

Adverse reactions and side effects

Among the most frequent side effects of zopiclone consumption that are related to the central nervous system are excessive sensation of drowsiness, decrease in cognitive performance (leading to memory impairment, especially antegrade memory), anxiety, depressive symptoms, muscle and coordination problems.

Other common symptoms include dry mouth, increased and decreased appetite, dyspepsia (a digestive disorder characterized by burning, pain and flatulence), constipation and bad breath. A particularly common reaction to taking zopiclone is the perception of a bitter and unpleasant taste in the mouth .

Excessive consumption of zopiclone can cause coma since, if the dose is high, the depressive effects of this drug on the central nervous system are very significant. However, if no other depressant substance, such as alcohol, is consumed simultaneously, it is unlikely that the overdose will trigger death.