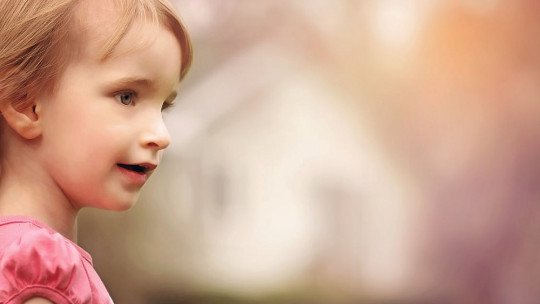 Asperger syndrome is a neurodevelopmental disorder included within the autism spectrum disorders. It is a fairly well known problem at present, which stands out for the presence of difficulties in social interaction and communication (despite the fact that its level of development is normative), the presentation of a pattern of restricted and monotonous behaviour and interests, and occasionally hypersensitivity to stimulation.

In Asperger’s syndrome there does not have to be an intellectual disability and the development of language is normative and occurs correctly, although their communication does not manage to be totally effective and they have problems with aspects such as literalism and pragmatism. On the other hand, raising children with this type of disorder can be complicated if we do not know how to adequately stimulate them to overcome their difficulties and limitations in areas such as communication and socialization as much as possible.

In this article we will see a series of possible activities to be carried out with children with Asperger’s in order to stimulate them and gradually strengthen their capacities.

When developing or carrying out different activities that can help children with Asperger’s syndrome, it is necessary to take into account the particularities that this disorder represents for these children.

Firstly, children with Asperger’s often show a high level of interest in a particular subject or stimulus , such as computers, music, trains or dinosaurs. In many cases they become great experts in these subjects. This subject can be exploited to connect with the child, generating a greater social bond and can be used to generate interest or help the child to understand other areas.

It should be remembered that are minors who tend to be very literal, analytical and objective . Therefore they will tend to prefer that the activities they carry out are based on or can be solved through the use of logic. They also feel comfortable with repetitive and routine elements, changes being somewhat difficult for them to assimilate.

Another relevant element is the literalness with which these children usually understand language, making it difficult for them to grasp irony, double meanings or the figurative meaning of many expressions. The acquisition of competence to identify this type of message can be trained despite the fact that it is often very difficult for them. They also tend to have difficulty identifying emotions, so practicing activities that can help them do so can be very helpful.

Those with Asperger’s syndrome often find it difficult to communicate successfully and have difficulty relating. In addition, too much stimulation can overload and disorientate them. That is why the games and activities carried out must allow and encourage them to interact with others, but at the same time without forcing them and respecting their living space.

Examples of activities with Asperger’s children

The following are some activities that encourage the stimulation of children with Asperger’s syndrome. Most of them allow stimulating communication and socialization , in addition to promoting some other skills.

Role-playing is a good way to encourage the child to notice the behaviors of others and learn different skills and sequences of behaviors. In this way, can be used as an avenue for learning actions . It can be done between two people or in a group.

One person stands in front of the child or group of children and does an action, which the others must imitate. The actions to be imitated can be very simple at first, but become more complicated as the child gains mastery of the skill in question. It also favours the establishment of affective bonds and communication.

A very simple game that encourages communication and observation of features. It is based on the participants (either the family or the class group) passing a ball to each other, saying in each pass a characteristic of the person to whom they are sending the ball .

Acting out a scene can be a fun way for children with Asperger’s to incorporate outside perspectives. Playing a doctor, teacher, or cook or doing activities such as shopping can help develop their theory of mind and empathy by experiencing a role that is foreign to their own. It can also help you to become more competent in some basic skills.

One of the areas in which Asperger’s subjects have great difficulty is in recognizing emotions in other people, for example from facial expression. They also often have difficulty recognizing and expressing their own emotions. Working on this recognition is essential.

To do this, one activity that can be carried out is the representation of specific emotional states from the modeling. It can be carried out alone with the child with Asperger’s or in groups. The adult must select an emotion and represent it through mimicry. After the representation, he has to explain in a simple way a situation in which he can feel this way. The child must try to guess, from among several options given in advance, which emotion is being worked on. After that he should try to represent it himself.

The use of short films or film clips can be effective in improving the recognition of emotions. Before visualizing them, some typical characteristics of the expression of certain emotions will be explained. You will then be provided with cards representing a face representing the emotion in question. Then, several chosen scenes where the expression of the emotion takes place are broadcasted, and the child in question must assign a face to each of the broadcasted scenes.

Standards and routines are very important elements for children with autism spectrum disorder because it allows them to have a record of what is going to happen next.

Making a visual schedule with the child that they can recognize can help them feel safe. Especially when it comes to young children, it is common to use images and photographs that are representative of an activity and to stick them on a fabric using Velcro, so that they can have a more or less clear vision of what to do at a certain time each day.

8. Games based on construction and processing

The use of activities in which children with Asperger’s can observe and use logical patterns can serve both to develop their cognitive skills and to calm them in times of anxiety. An example is the use of puzzles and construction games such as LEGO. Also the creation of handicrafts and the use of clay and plasticine. It serves to develop their fine motor skills and creativity.

The fact that children with Asperger’s often have narrow interests from which they can become great experts can be exploited in many ways. One way is to expose and teach their knowledge about the topic of interest. It is possible through this type of activity to encourage interaction and to promote the autonomy of the child , as well as his or her leadership capacity.

Physical activity is essential to develop psychomotor skills. It is recommended to do sports in which they can be introduced little by little, without needing sudden contact with a large group of people. Games that may require the use of turns are also recommended, so that one learns to respect the time of others . Games such as English hide-and-seek or wall-stick have rules that are easy to understand and apply.