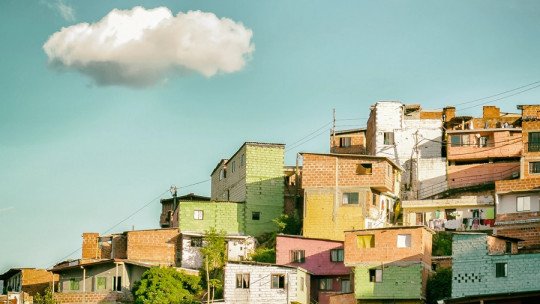 Colombian legends with decades of history mix the mystical with the historical, love with indifference, magic with tradition, heroic and supernatural. These are stories rich in symbolic and historical content that, in addition to entertaining us, can help us learn about individual experiences, historical events and cultural worldviews.

In the following article we will see 10 of the most popular legends of Colombia, which shows a part of the popular culture and mythology of the South American country .

The 10 most popular Colombian legends

Legends are narratives that are transmitted orally or in writing from generation to generation. They are also a way of understanding popular ideas and everyday life: they tell stories about the past, explain natural or supernatural phenomena, talk about individual events, love relationships, religious, educational, political and heroic events, etc.

Each legend is specific to the region where it is told, and is therefore transmitted and transformed according to the cultural codes of that region. Returning to the above, we review 10 popular legends of Colombia.

1. The Mother of Water

It is said that in Colombian rivers and springs the ghost of a beautiful woman appears , who is known as the Mother of Water, or the Mother of the River . They say that her hair is golden, her skin is white and her eyes are big and green. By day, and at the sight of the sun, her power is spiritual and healing.

At night, his face reflects the fantasy. It attracts and seduces young people who, upon eye contact, fall into a state of hypnosis and madness. Some more fall into the depths of the spring and are never seen again. To get out of the spell, the young people who survive must pray accompanied by the adults. It is also said that the Mother of the Water rides through the crystalline lakes riding on dolphins, fish and crocodiles .

Similar to the stories of other legendary women in Latin America, such as La llorona or La sayona, “La patasola” is the grieving soul of a woman who lost her children to love conflicts. She is known as “la patasola” because she walks on one foot. Her hair is long and tangled, and she has big eyes and a big mouth.

They say it was a woman who was married to a peasant with whom she had three children. One day, on returning from work, the peasant found the woman at home with her employer, and in a fit of rage cut off the latter’s head with a machete. The woman tried to escape, but the peasant managed to cut off one of her legs. As a result of this injury the woman died soon. The peasant set fire to the house and took his children far away. Since then, the soul in pain of the patasola returns to look for them .

According to the specific region where it is counted, the patasola appears with enormous fangs, so it may be a species of vampire that, beyond having been a woman scorned, is a being that protects nature.

According to this legend, there is a great burning ball composed of three torches, which take the form of red tentacles and pursue suspicious or ill-willed men, such as drunks, infidels, abusers, those who abandon their family, etc. It is said that he also pursues out-of-date travellers and that he may appear to reprimand bad behaviour by children and grandchildren .

The origin of the footlights is an old woman who was excessively permissive with her grandchildren. When she died, Saint Peter rebuked her for having brought them up in this way and, as punishment, he gave her the form of three flames of fire, as well as the task of returning to put in order when necessary. One represented the body of the old woman, and the other two that of her grandchildren.

The inhabitants of Bogota say that from midnight onwards you can hear the gallop of a mule . Herrada because she goes around the city alone and saddled. It is said that a man named Don Alvaro enjoyed riding his mule, constantly changing his course. He always ended up in a gambling house, where he ate and drank until late at night. One day, while Don Alvaro was playing, his servant accompanied the mule to drink water from the river. The animal escaped to the gambling house where its owner was.

Surprised, Don Alvaro asked him to pick him up every night, and he did. When Don Alvaro died, the mule spent the rest of his nights wandering around the city in search of his owner. It is said that his fasta returns to this day, so those who listen to it call it “the horseshoe mule”.

In the town of Burgama, today called San Juan Crisóstomos de la Loma, the legend of María Antonia Mandona, María Pérez, María de Mora, María del Carmen and Leonelda Hernández is told. They were accused of witchcraft and subjected to an inquisitorial process in the 17th century. They were known as The Witches of Burgama and lived on a hill near the village, where they dedicated themselves to healing the sick and those in love .

However, they were accused of having pacts with the devil, as well as of wanting to turn the town into a big lagoon to make the parish priest into an alligator, and the inhabitants into a group of toads. They were finally taken to prison and condemned to be burned. But one of them, Leonelda, managed to escape with the help of the indigenous inhabitants. Together, they not only released the accused, but also killed the soldiers and the captain who had ordered her conviction. From that moment on, the place was known as the Cerro de la Horca.

Legend has it that in the Colombian mountains and rocks there is a great man with abundant hair, beard, big eyes and long nails. Depending on the specific region where it is told, the man can have different characteristics and origins . For example, it is said that he is a sorcerer who, anticipating the arrival of the Spaniards in the fifteenth century, took refuge in the caves, where he played the guitar especially during a full moon.

In fact, it is credited with many of the area’s natural disasters, so some people pay tribute to it as a sign of peace. In addition, the Mohan was constantly returning to the city, reportedly chasing young people and peasants, so it is frightening to some people.

Legend has it that a fisherman named Saul Montenegro was obsessed with watching women bathe naked on the Caribbean coast, specifically in the Magdalena River. He did not want to be discovered and reprimanded, so he decided to visit a local witch doctor, who prepared a potion that would turn him into an alligator. This way he could hide under the river and continue spying on women. The same sorcerer gave him an extra potion, which would allow him to return to the state of human when the fisherman wanted . But obviously someone else would have to sprinkle this last one as long as it was in the form of an alligator.

He asked one of his friends, who, surprised by the transformation, poured the potion only on the fisherman’s head. Thus, he was converted into a half-man, half-alligator being, and immediately aroused the terror of the women who visited the river. They did not return, and in desolation, the fisherman spent the rest of his days wandering the river until he reached its mouth. So far, the fishermen who visit the area count on waiting to meet the alligator man.

Also known as the Fanger, this is a woman with long hair and big eyes with huge teeth. It is said to come from a woman called La Maga, who was dedicated to guessing the future, freeing women and punishing men. When she died, the neighbours said they heard her inside her house swearing revenge on unfaithful, drunk and vicious men .

Some people claim that their spirit appears at the edges of the paths, especially when evening falls. At first she looks like a seductive and attractive woman, so many men quickly approach her. However, they are terrified when she shows them her large teeth (similar to those of a horse) and sometimes even crushes them as a form of punishment.

This legend, which has its own versions in Mexico and Central America, says that the sombrerón is a tall and corpulent gentleman with an almost devilish face, who chases and punishes young people with unsuitable habits. For example, those who abuse alcohol or drugs, those who steal or mistreat, etc.

In Colombia is a man dressed in black who wears a big black hat . His hair is long, straight and of the same colour and, in life, he could be seen wandering along the banks of the street. After his death, many people claim to still find themselves in lonely places, or walking the streets when there is a full moon. In some regions he is also called The Black Rider. He surprises and chases the young night owls at great speed, always shouting “If I catch up with you I’ll put it on”.

This legend has different versions depending on the place where it is told. Usually it is about an angel who was expelled from sleep with the punishment of walking on the fields of the earth. He has the ability to persuade young and old and to give them nightmares, sleepwalking, provoking anger, misplacing their things, and leading them to wander aimlessly. Especially when it comes to peasants and young women in love.

Other versions say that the leprechaun is dedicated to kidnapping children with blond hair, to take them to the forest and turn them into wild beings.