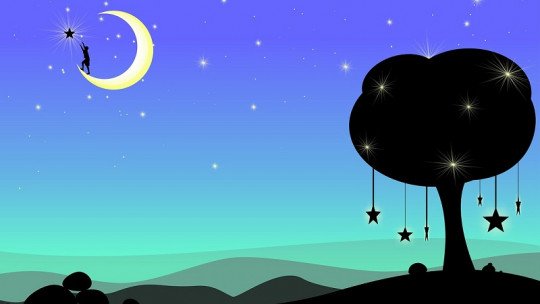 When we sleep, we also dream . At least in some concrete phases of sleep, in which we imagine unreal situations , product of our unconscious. These dreams can be emotional, magical or strange, and can even be chilling, like nightmares.

Although Psychoanalysis has long provided the basis for the interpretation of dreams, scientific research on the world of dreams has not yet been able to determine exactly why we dream, nor do we know what causes us to dream certain things.

About the (little) we already know about them, here we leave you with these 10 curiosities about dreams discovered by science .

10 curiosities about dreams revealed by science

Several scientific investigations bring us different conclusions about the world of dreams. Let’s get to know them. Let’s get started!

1. We dream, on average, more than 6 years in our lives

Since we are born, we dream. All people dream: it’s common in our species, and in case you’re wondering, those who say they don’t dream also dream (they just don’t remember the dreams, but this doesn’t mean they don’t dream). Research shows that we dream at night in periods of 5 to 20 minutes. Adding up all these small periods over an average lifetime, we can say that we spend about six years dreaming.

2. Most dreams are quickly forgotten

The sleep scientist Allan Hobson revealed, on the basis of his many studies on the subject, that up to 95% of dreams are quickly forgotten , within a few minutes after waking up.

The explanation has been found in various experiments. It seems that the changes that occur in the brain during the hours we dream are not consistent with the way we routinely process information to provide information to memory. Brain scans of individuals who sleep many hours during the night have shown that the frontal lobes, brain areas that play a fundamental role in shaping memory and recall, remain inactive during the REM phase of sleep , just the time we dream. Several studies have found certain differences in the way women and men dream. Most importantly, the differences lie in the content of dreams .

Apparently, men report more cases of dreams involving scenes of aggression. Women, on the other hand, tend to have slightly longer dreams, and of a somewhat greater complexity (more details, characters, situations…). As regards who appears to us in dreams, men dream about other men twice as often as women . They dream of characters of both sexes equally.

4. Some dreams are in black and white

Approximately eight out of ten dreams are “in colour” , but there is a small percentage of the population who claim to dream without colour, i.e. in black and white.

In research that investigated the issue of color in dreams, experimental subjects were required to select colors that matched the dream they had just had on a chart, and soft pastel colors were most commonly noted. It seems, then, that we tend to dream in pastel shades .

5. Do animals dream? Everything points to yes

Many people have observed their pet wagging its tail, legs or mouth while sleeping. The explanation for these movements may be that animals also dream, although the fact that animals dream is a difficult hypothesis to prove . Researchers believe that they do dream, and even dare to claim that they go through REM and non-REM sleep stages just like humans.

One of the greatest scientific evidences that dreams are due to the study of a gorilla that dominated the gesture and sign language. At one point when he was asleep, he gestured some images of what he was dreaming. 6. Can sleep be controlled? Lucid dreams

Have you heard of lucid dreams ? This is the phenomenon that occurs when, despite being asleep, we are aware that we are dreaming . Those who have experienced this kind of dream are able to control and guide the content of the dream.

Approximately 50% of the population remembers experiencing a lucid dream at least once in their lives. There are even people who have the ability to control their dreams on a fairly regular basis.

Everything you need to know about lucid dreaming, reading this article: “The Benefits of Lucid Dreaming”

7. Negative emotions are more common than positive ones in dreams

One of the leading exponents of sleep research, Calvin Hall, recorded over 50,000 student dreams over half a century.

This very extensive dream archive revealed many of the emotions and sensations that we experience during sleep, such as joy, fear, anger… But the most common emotion found was anxiety and, in general, negative emotions (fear, despair, sadness) predominated over positive emotions .

Blind people, though unable to see, also dream. Those blind people who became blind at some point in their lives have the ability to reproduce images and visual content in their dreams .

For those born blind, their dreams are somewhat different: they represent dreams through other senses, such as smell, hearing, and touch.

Research revealed that, contrary to what we usually think, women dream about sex as much as men do.

However, it seems that the situations described in the female and male dreams vary a little : women dream of famous men, while men report more dreams in which they have sex in exciting situations.

10. There are contents of dreams that we all dream (universal dreams)

Some dreams are common to all humans . A large number of dreams are influenced by each person’s personal experiences, but although it is strange, researchers have revealed that there are certain recurrent themes in our dreams, regardless of cultural differences.

For example, it seems that all of us dream of being persecuted, of being attacked or of falling into the void. Other universal dreams are experiences in the school environment, feeling immobile, or the embarrassment of finding oneself naked in public.