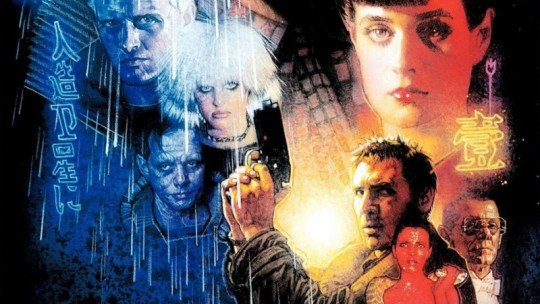 You think you have too much time on your hands? Nothing like the philosophical films to fill that existential void with hours of footage, hours of further reflection and hours of repeated viewing, to see if this time something is understood.

Here is a list of ten of those titles that will make you think more than usual and show how far cinema and philosophy can go together.

Predictable, yes, and to a certain extent disappointing, considering the sentence that closed the introduction of this article: The Matrix is much more about cinema than philosophy. But the truth is that no article on philosophical films should lack this title; not so much because of the originality of its approaches, but because of the accessibility of the theme of the conflict between the senses, reality and identity . Thanks to The Matrix, any Westerner can come to intuit the Platonic and Cartesian idea that we live in a world of shadows that hide the true, and all this without the need to read the classics.

Because the world of the “true” and the “false” is represented here in a very explicit way and with rather little subtlety. Great contrasts mark the differences between reality and the Matrix, a fictional world created to dominate the human species, but this also serves to give the film the spectacularity it seeks from the outset.

It has been said many times that the people we know live in our minds . What happens when that “someone” who lives in us is a very important person from whom we want to distance ourselves? This film takes that principle to the extreme, thus creating an interesting narrative.

In the line of The Matrix, but a little more subtle (though not much more). However, here the true/false dichotomy is also the division between the private and the public . Curiously, Truman Burbank lives in a public space mediated by a private entity that does not hesitate to make profits from the daily secrets of the poor protagonist.

Gattaca is many things, but among them is the fact that it is presented as a narrative in which the conflict between genetic predispositions and freedom arises. Biological pressures are presented here as an extension of a very complex bureaucratic apparatus in which certain people have no place.

Solaris is perhaps the king of philosophical films. It’s easy to find similarities with Eternal Sunshine of the Spotless Mind, but talking about Solaris… those are already big words. Tarkovsky uses a SciFi setting to articulate a narrative based on reflections and philosophy .

We repeat with Memento, which already appeared in another article entitled “10 films on Psychology and mental disorders”. In its title, included in a list of philosophical films, Memento deals with the relationship between identity and memory , that is, those experiences that metamorphose and appear independently of our will to try to control them. It also deals with our capacity to deceive ourselves for practical purposes or for our desire to give meaning to our lives.

The classic film based on the novel Do Androis Dream of Electric Sheep? , by Philip K. Dick. The film Blade Runner deals with the nature of human consciousness and the use we make of it to create a moral wall that separates us from other entities. What makes us human?

Waking Life takes place on the ground where reason is most painfully compromised: the world of sleep . Therefore, it is not surprising that reflections and experiences are brought together in it by means of an orderly chaos, always one step ahead of logic and the expected. Throughout its almost two hours of duration we witness a parade of speeches that, having been crouched behind the director’s conscience, decide to reveal themselves while he sleeps.

It should be noted that, although the film lends itself well to making us think about the relationship between our own way of thinking and the discourses and ideologies that culture instills in us, each dream has its own message and its own reason for being.

The life of ordinary characters, examined through someone who struggles to give coherent meaning to everything he sees. The detective work will serve to change the way of perceiving the other, but also to recognize the importance of one’s own point of view when judging people.

You wanted philosophical films? Have two cups. Person talks about masks, identity and silences . The narrative is dominated by lyricism, the way Bergman suggests that nothing he is showing is true, and he does it by contrasting two facets of human life: the irrational silence and the discourse that articulates identity.