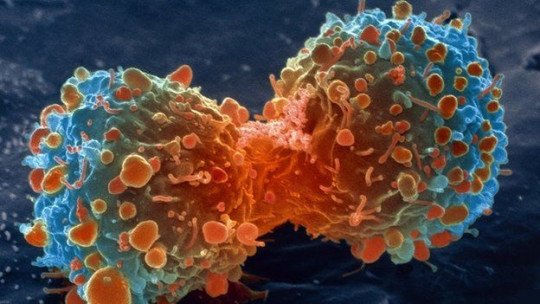 Cancer is a disease that is talked about a lot these days. Every year around 220,000 new cases are diagnosed in Spain alone, according to data from the Spanish Society of Medical Oncology (SEOM). Despite being a well-known phenomenon, not everything that is said about cancer is true .

The problem is that much of the information that exists regarding this disease is inaccurate. On the Internet it is possible to find many websites that talk about the subject and that offer information that is not completely true. In this article, we are going to debunk 10 myths about cancer and explain why they are false.

Our body is made up of trillions of cells, which come together to form tissues and organs. Cancer occurs when these cells, which perform a number of vital functions for our body, become abnormal, that is, they multiply out of control, invading adjacent organs and tissues.

Without a doubt, cancer has a negative impact on the health of the person who suffers it and, in some cases, can cause death. Since it is a problem that concerns many people, there is a lot of information circulating about this condition that is not true. Below you can find a list of ten myths about cancer that we are going to dispel .

Mammography helps to save lives, and although there is a myth that it can cause cancer, this statement is not true . Mammograms do not usually last long, about 20 minutes. It does not cause much discomfort, except for the irrational concern that some people may have.

Mammograms are a safe procedure, where exposure to radiation is minute. Although it is not 100% safe in its results, one should not worry about this exposure.

3. Cancer is not contagious

Obviously, cancer is not a disease that can be transmitted, unlike other diseases such as HIV. However, some viruses can cause cancer and can be contagious . One of the best known is the human papillomavirus (HPV).

There are two types of HPV: low-risk, which does not cause cancer but does cause warts and recurrent respiratory papillomatosis; and high-risk, which can cause cancer. HPVs are very common sexually transmitted diseases.

4. Cancer is a modern disease

Cancer is often referred to as a modern disease, but cancer has always existed . Recently, a team of researchers from the University of Witwatersrand (Johannesburg) and the South African Centre of Excellence in Paleo-Sciences discovered the oldest evidence of cancer in humans. They were from 1.7 million years ago.

While it is true that the lifestyle of Western man (diet, pollution, etc.) can have a great impact on our health, cancer is not new.

5. Men do not have breast cancer

I’m sure many people think that breast cancer is exclusively for women. Although the number of men suffering from this disease is lower than that of women, men can also suffer from it . A study that lasted 25 years revealed that breast cancer in men is on the rise.

6. Dark-skinned people do not get skin cancer

Caucasians are more likely to develop skin cancer, however, dark-skinned people can get it too. In fact, the belief that dark-skinned people hardly ever get skin cancer means that it is often not diagnosed in time. In other words, this belief can lead to dangerous delays in diagnosis, which can be fatal for the patient .

7. On cloudy days we are protected from skin cancer

Radiation can also affect people even on days with low sunshine . Therefore, it is necessary to protect oneself when carrying out outdoor activities, even on cloudy days. This is especially important at early ages, since according to the Spanish Association of Pediatrics (AEP), “between 50 and 80% of the damage from sun exposure originates in childhood and adolescence”.

There is a growing trend to associate food with a number of health benefits to increase sales, including cancer prevention. This, which can be very useful as a marketing technique, is not true. Cancer is too complex to be reduced to drinking green tea or eating broccoli. Global health and positive habits, such as not smoking or doing sports, can have a positive effect against cancer , but isolated actions are useless.

9. Chemotherapy is worse than cancer

There is a lot of debate and controversy about the effects of chemotherapy on cancer patients, and the truth is that it is not a pleasant treatment. But this way of proceeding, despite being very aggressive, becomes necessary to treat many cases of this disease. Even though the treatment does not always work, it has served to save many lives.

There is much talk these days that mobile phones cause cancer. However, there is no scientific evidence that this is the case, says Jack Jacoub, an oncologist at Fountain Valley Medical Center .

An article published in the American newspaper “The New York Times” explains that many studies have been carried out in relation to this issue, such as the Million Women Study and another Danish study with more than 350,000 mobile phone users. The conclusions are clear: there is no scientific evidence of a link between mobile phones and cancer. In fact, despite the increase in the use of smartphones, the incidence of brain cancer in the United States has remained the same since 1992.

Although the World Health Organization (WHO) recommendations include cell phone radiation as a cancer-causing factor, the WHO rates it at the same level as coffee or canned vegetables.