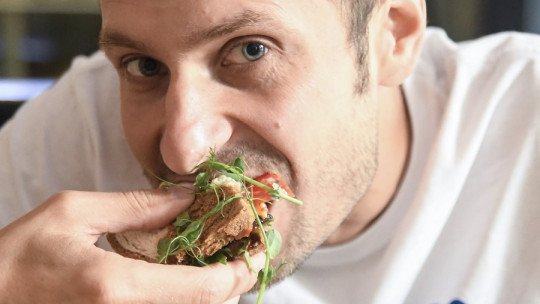 It is not uncommon for us to do something we later regret. Sometimes, our desires dominate us and we behave in an impulsive way, without thinking about the consequences.

There are all kinds of impulses, both good and bad, but behind them is the difficulty of controlling how we behave. Saying something bad to your partner, eating too much candy or buying clothes and spending your savings are examples of impulsive behavior.

Although varied, all of them have consequences that can be harmful to us, that is why it is important to follow a series of tips to learn how to control impulses . Let’s look at a few of them.

Not everyone behaves with the same degree of impulsiveness. Some show problems in relating to others, while others do not control what they say or what they do. Telling your boss that you can’t stand him is not the same as punching him in the nose, although both, of course, are unsuitable behaviour.

There are several ways in which we can reduce the number of times we behave impulsively, allowing us to take control of our own behavior and gain a greater degree of self-control.

1. Identify how and when they occur

The vast majority of impulsive behavior has a reason behind it, whether associated with a psychological disorder or more contextual factors .

To the extent possible, identifying what is behind the emergence of impulsive behavior and when it occurs is a key factor in learning how to manage it. For example, if we are struggling with the impulse to eat a sweet between meals, we can ask ourselves several questions such as why do I want to snack? has my food been full enough? what made me want to eat chocolate?

Thus, by answering these questions we can understand in greater depth why the impulse is given and, in turn, opt for alternative behaviours that prevent it from taking place.

When we are having an impulse, how do we feel? This question is very important, especially when we look at the before, during and after of carrying out the so feared and worrying behaviour.

It is possible that our state of mind is a causal factor in the appearance of the behavior. We must meditate on how we felt before deciding to carry it out.

As we carry out the impulse we may feel satisfied, but this satisfaction will be very short lived, because after carrying out the behaviour, repentance will come and the ‘why did I do it’.

Keeping this in mind while you are about to do the impulsive behavior may involve avoiding it altogether.

3. Looking for a distraction

The world is full of all kinds of stimuli, which can help us avoid carrying out a behaviour that we don’t want to do rationally but our body asks us to do.

For example, we just talked to our partner on her mobile phone and she told us that last night she didn’t like the way we did the dishes, something she always tells us but we don’t understand why she thinks they aren’t clean enough.

Faced with this situation, we could respond impulsively with a ‘you clean them up from now on’ or ‘you’re too thieving’, something that will clearly not help to calm down.

Instead of answering him, it’s better to wait for him to watch TV, read a book or paint a picture. These are activities that help you to isolate yourself from the world, to disconnect for a while.

Later, when you are calmer, you can think more rationally and tell your partner to explain why you are doing things wrong.

4. Thinking about the immediate future

One of the ideas most shared by psychologists, especially since Mindfulness, is the idea of living the here and now, the present moment .

However, a good way to prevent the impulse from being given is to think about how we are going to feel immediately after we have done it, and also what changes both in the environment and in our social surroundings we are going to cause.

We can try to think coldly about the consequences of being too sincere, breaking an object or taking some snack that we shouldn’t, to say a few examples.

Taking a deep breath and counting to ten, although simple and cheap, is very effective. It allows us to reflect with a certain degree of depth on why we wanted to do what we wanted to do .

The ten seconds is just a suggestion. Depending on our degree of impulsiveness, we may need more time to calm our impulsiveness.

Any practice in which a deep reflection of our psychological state is carried out contributes not only to a better control and emotional adjustment, but, as a beneficial side effect, it also allows a better control of our impulses.

You can do everything and in all possible ways, although the most well known and most effectively studied meditation is mindfulness.

Yoga also serves , since as a physical activity it offers benefits not only at a corporal level, but also mentally, allowing us to have a calmer and more rational vision of our momentary desires.

Whether it’s because of boredom or because we’re in a great deal of anger, impulses happen. A good way to avoid engaging in the dreaded behavior, such as eating that candy bar we’ve been saving for the weekend or punching someone who has just said something unpleasant to us, is to engage in behavior that replaces it.

It is obvious that because there are so many different types of impulses there will be many ways to replace them, but whatever they are they have to fulfil the function of preventing unwanted behaviour from taking place.

For example, to avoid snacking on chocolate when it’s not touching, you can make the healthy decision to drink a glass of water and, if it’s not full enough, drink another one until you’re full.

As for punching, a less harmful option for other people is to take a cushion and let that object be the victim of the punch.

Just as there are negative impulses, there are others that help us on a daily basis. While it is preferable to think things through before doing them, deep meditation is not a very adaptive behavior either, since it can cause us to lose valuable time.

Examples of impulsive behaviors that can be positive would be telling a friend that the clothes he’s wearing are horrible and thus preventing him from making a fool of himself, buying all the vegetables at a discount at the supermarket…

Once these positive impulses are identified, they can contribute significantly to changing the person’s behavior, especially if these behaviors that imply some benefit are prioritized instead of carrying out those impulses considered harmful .

Little by little, the body and mind will enter a state of satisfaction when we see that we are indeed seeing our desires fulfilled, and on top of that they are the good ones.

Impulses arise from cravings, from wanting to express an opinion, wanting to do something or interacting in a socially awkward way but which can bring us some relief in the short term.

Therefore, trying to prevent these impulses from occurring generates frustration, which does not facilitate self-control , since human beings, by nature, try to satisfy their desires as soon as possible.

If you manage to accept this discomfort and try to live with it, little by little you will train your body and mind to withstand the urge and there will come a time when it will practically not happen at all.

10. Learning from our mistakes

The human being is the only animal that is capable of tripping over the same stone twice, and impulses of any kind are a clear example of this.

On more than one occasion we have said to ourselves ‘I’ve fallen again’, ‘I can’t control myself’ and the like. To err is human, but not to learn from our mistakes is to lose a very good opportunity to correct them.

A good method for managing these impulses is to have a notebook or calendar in which you write down when the impulse you are trying to avoid occurred and the cause associated with it.

Based on this, we will have a more holistic view of the individual’s behaviour, learning which factors contribute to the momentum and, therefore, being able to avoid the small triggers that, together, contribute to the behaviour.

In most cases, the impulses that are carried out are not something that necessarily implies a serious problem, however, certain behaviours such as addictions, aggressions or self-injuries involve going to a professional .

The psychotherapist will be in charge of offering therapies that will allow the reduction of this impulsivity that is clearly harmful to the person, diagnosing the possible disorder behind it.

There are many disorders that could be related to the concept of impulse, such as in the case of many personality disorders, eating disorders (with purging and binge eating behaviors), ADHD, and of course, impulse control disorder.