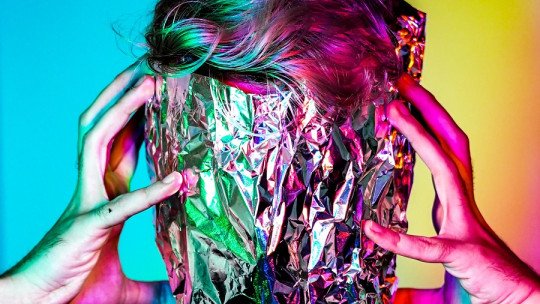 Although research is advancing rapidly, especially in the field of neuroscience, and we know more and more about everything, the fact remains that the human mind is still a great unknown.

However, a lot of knowledge has come to light on this subject. In this article you will find some curiosities about the human mind , related to subjects as diverse as: dreams, neurons, the brain, memories, happiness… Don’t miss it!

Curiosities about the human mind

When we talk about the human mind, in reality, an enormous range of many more things intrinsic to it are opened up to us: behaviour, thought, well-being, relationships, dreams, habits, the brain… In other words, behind the concept of “the human mind” there are many interesting aspects to be known, since the mind is a system that is as complex as it is wonderful.

Our mind allows us to adapt to the environment, to survive, to fight, to think, to relate, to get excited, to build, to solve problems… although it also presents its “traps” and can play tricks on us, since it is something very powerful, which we can learn to master over time (or at least, a part of it).

Here you will find some of the curiosities about the human mind, but there are many more.

The first of the curiosities about the human mind that we are going to talk about has to do with the brain. Neurons called “mirror neurons” have been discovered in the brains of people (and animals), which are activated when we perform an action that we observe another person performing .

These neurons allow us to explain, for example, that we can physically feel a damage (for example a blow) that they do to another person, if we are very emotionally connected with them.

It has been shown that the brain mechanisms that act in different types of addictions, such as addiction to video games, shopping, alcohol… are the same as those that act in drug addictions (for example heroin).

Among the structures that are activated, we find the brain reward circuit, called the ventral tegmental area (VTA). In this structure and in others, a great synthesis and transmission of dopamine is produced, which makes the person feel excited about consuming his or her particular “drug”.

Another of the curiosities about the human mind is that people tend to improve stories that we consider boring .

This was evidenced by a series of investigations carried out by the Institute of Neuroscience and Psychology at the University of Glasgow, where it was found that people who listened to monotonous or boring stories tended to make them more attractive by rewriting or retelling them (their mind “reworked” them by making them more interesting).

4. The joy of contributing

Psychologists Elizabeth Dunn and Michael Norton, through their studies, demonstrated how spending money on others (especially on people we care about), produces a greater feeling of satisfaction and fulfillment than if we were spending it on ourselves . All this is explained by these authors in their book Happy Money. The Science of Happier Spending .

5. The inheritance of phobias

The next of the curiosities about the human mind that we are going to comment on has to do with phobias. It has been shown that genetics may be involved in their transmission.

This is especially true of blood/injection/wound phobia, which means that if our parents (or one of them) have it, it is likely that we will have it too (we may also “inherit” a genetic predisposition that, in addition to other factors, increases the likelihood of suffering from it).

Dreams are another of the great curiosities about the human mind. All people, to a greater or lesser extent, dream (and it is believed that, every night). What happens is that not all of us remember our dreams when we wake up. Also, if we remember them when we wake up but don’t go over them mentally or write them down, it is more likely that we will forget them.

On the other hand, it is known that dreams, generally, have a psychological meaning, which has to do with all that repressed, desired, censored material, etc., that we unconsciously “veto” when we are awake.

Many people who have lost a body part as a result of an amputation suffer from the so-called “phantom limb syndrome”. This syndrome implies that the person feels that this body part is still there; furthermore , this feeling is linked to others such as a sensation of cold, pressure, heat, pain, etc., in that area or part of the body that is no longer really there.

Experts believe this has to do with the fact that the spinal cord is still sending messages to the brain.

9. The Mystery of Consciousness

Consciousness remains an unsolved mystery, which fields such as neuroscience, psychology, psychiatry, philosophy, etc., have been trying to unravel for years.

What is consciousness? How do we access it? Is it possible to really know it? Can it be researched? Do people in a coma have it? There are many questions in relation to it, and also the theories raised , but it is likely to remain a mystery for many years. What is clear is that it will continue to be one of the great curiosities about the human mind.

10. The reproduction of neurons

Brain cells do not reproduce, or so it was believed until recently. However, research has provided evidence to the contrary, and so far, according to the studies, some of the brain cells that reproduce are neurons located in the hippocampus (a structure related to memory and recall).

11. The plasticity of the brain

The human brain is plastic, that is, it has plasticity. Brain plasticity, or neuronal plasticity (neuroplasticity), is the capacity of the brain’s neurons to regenerate themselves anatomically and functionally , forming new synaptic connections , depending on learning, needs and the demands of the environment.

This plasticity, however, diminishes with age; in childhood it is the more plastic our brain is.

In relation to the previous point, we find another of the curiosities about the human mind, and that has to do with the periods in which the brain is more plastic and effective to consolidate certain learning .

In other words, in childhood there are a series of “critical periods” where the child “must” learn a series of things (for example, language), which if not done at that time, is difficult later (because the brain loses this ability to adapt, restructure and regenerate).