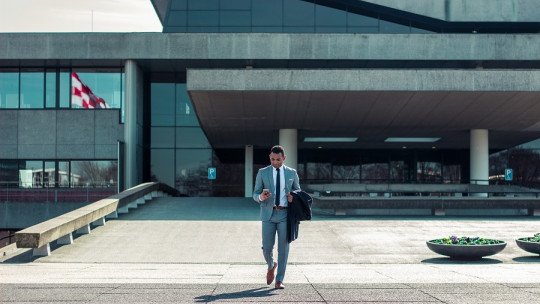 The work environment or work climate is the perceptions that a worker has about the processes and structures that occur in the organization where he or she works.

It occurs at different levels (organizational, workplace, personal) and has a direct influence on the behavior of the individual, on his or her level of satisfaction and well-being at work.

How to know if we are in a toxic work environment

There are different signs that indicate that we are in a negative work environment , for example, our boss makes our life impossible or our colleagues all go to his.

In the following lines I will go deeper into these signs, which are shown below.

In recent years, many of the studies and research related to well-being at work have been related to the influence that leadership styles have on the well-being of workers. Superiors, because of their place in the organizational structure, have a great influence on many people. A single managerial action can have negative or positive consequences on a whole team, and therefore on the company’s results.

Research indicates that those superiors who employ a transformational leadership style , that is, who care about the workers, are charismatic, communicate efficiently and have a strong shared vision, which they pass on to the workers (they are able to change the expectations, perceptions and motivations of the workers), are the ones who obtain better results for the company and a greater well-being of the workers.

Roles function as behavioural patterns , and although they can be extremely complex, they are essential for the well-being of workers. Role problems can often occur in companies when someone is not clear about the role they play within the company (role ambiguity), has to do tasks that do not belong to them (role overload) or has to deal with demands, demands at work that are incongruent or incompatible with each other in order to do the job (role conflict).

These role problems are stress and burnout generators and often occur because of poor communication, especially from the upper layers of the company (for example, in the relationship with superiors or because of an unclear company structure).

For example, if an employee only has the capacity to produce 2 machines a day and the management asks for 8. Logically, the worker will end up stressed and will suffer the negative consequences of this phenomenon .

This is a situation that can occur relatively often because of the logic present in many companies, which consists of achieving maximum profit in the minimum possible time. To achieve this, costs are reduced that will not positively impact the productivity of the organization from day one, which leads to concentrate the maximum amount of work in the minimum number of hands. The result is often a burnout, something that can become chronic and not only detrimental to the worker, but also lowers the productivity ceiling of the company.

Coworkers are one of the key elements in the work environment, either for good or for bad . Scientific studies suggest that a good relationship with them has a buffer effect in relation to stress, that is, in cases where this phenomenon manifests itself, the colleagues reduce its negative effect. However, a bad relationship with colleagues is a very frequent stressor. This is especially true if bullying or mobbing occurs in the relationship.

5. Lack of commitment to the organization

Researchers, when they want to know the work climate, usually measure some variables that are a consequence of the decline in well-being at work. One of them is the lack of commitment to the company.

When a person is comfortable at work he feels the company as his own and even feels proud to belong to that brand . This is not the case when the work environment is toxic.

6. Desire to leave the company and absenteeism

Another of the variables that are a consequence of being unhappy at work is absenteeism, that is, when the person misses work frequently for different reasons, generally due to medical leave. If this phenomenon appears, it is because there are reasons for it, beyond the marketing strategies that the organization can use to keep its staff happy.

7. You are not motivated to go to work

The two previous points are a clear indication of lack of motivation towards work and the lack of desire to work that is generated when the work environment is toxic. People who are not comfortable at work or are stressed feel a great weight and lack of motivation every time they have to go to the workplace.

In turn, demotivation often takes the form of an accumulation of tasks to be done, which in turn causes greater stress and discomfort, in a vicious circle.

8. You feel that you cannot grow within the company

The structure of the company and also affects the well-being of the workers and the motivation one feels , and when there is no development plan, people perceive that they are stagnating. In the long run, this is not positive for their well-being and, therefore, stress and demotivation appear.

Basically, the problem is that the present is associated with what the future may hold, leaving very little room for improvement. This perspective is totally demotivating, because it also gives a vision of the organization in which one is a single piece whose task is to keep working without looking much beyond its routine.

Many companies, aware of the need people have to earn a salary , set timetables for their workers that do not take into account their needs outside of work, their moments of leisure and, in general, their well-being. In fact, some companies even do so illegally. The need to have a job leads many people not to report despite having illegal working hours and conditions.

One of the phenomena that causes the greatest discomfort at work and a toxic working environment is communication , which can manifest itself at different levels. In the first point I have talked about leadership styles and their influence on stress, and whether a leadership style is considered healthy or not is often determined by communication skills. However, poor communication can also occur, for example, between colleagues or from different departments in the company, and can generate role problems, discomfort, conflicts and other negative phenomena.

People are emotional beings, and we all like to be valued. The vast majority of us have spent half our lives studying and fighting for our careers.

Only a few years ago, many companies trained workers, and some of them felt they owed a debt to the organization. Today, after studying and paying for our studies during the 4 years of the Degree (plus the different Masters) we want a little respect and appreciation. When this does not happen, it is very likely that demotivation and discomfort will be present .

12. You are stressed or burned out

All the previous points have something in common, and that is that if they occur during a prolonged period of time they generate stress and burnout: one of the great evils of work, because it not only affects the workers but also the results of the organization .

It is common to see entire departments and even groups (e.g. nurses) suffering stress from all of the above variables and others that also affect the work environment and are beyond the control of the company. For example, political decisions or budget cuts in healthcare (in the case of nurses). Therefore, many variables can lead a person to live in a toxic work environment.