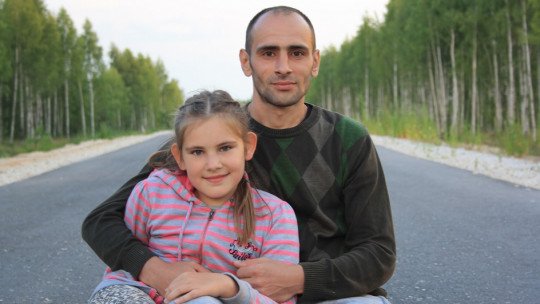 Attention Deficit Hyperactivity Disorder or ADHD is one of the best known and most diagnosed neurodevelopmental disorders in the Western world, characterized by the presence of inattention that may or may not be accompanied by hyperactivity and impulsivity. It is a problem that can cause severe difficulties to the child who suffers it, existing in many cases adjustment problems in the academic and social environment mainly due to a lack of development of some executive functions.

In order to solve these difficulties, it can be of great interest to carry out some type of activity that allows to train these functions. Throughout this article we are going to propose various activities for children with ADHD in order to promote their abilities in an enjoyable way.

ADHD: brief description of the disorder

Before going into specific activities, it may be relevant to briefly mention what is known as ADHD.

Among the typical symptoms of inattention we can find problems in maintaining attention, loss of the conversation of others or lack of listening due to having a busy mind, forgetting daily activities, avoiding activities that require sustained attention, inability to follow or finish tasks, forgetting instructions, loss of objects or carelessness.

In terms of hyperactivity/impulsivity , motor restlessness, excessive speech, inability to keep a shift , intrusion into the activities of others, anticipation of responses from others before they occur, inability to remain still or sit or run in inappropriate contexts are common. It must be taken into account that there is also ADD, in which there would be inattention but not hyperactivity.

It is a neurodevelopmental disorder, i.e. a condition that appears as a consequence of difficulties in the process of normative development and whose symptoms appear during this process (although this does not mean that it only exists in childhood or adolescence, being also present in adults). In the case of ADHD, it can be observed specifically a slowing down of the development of the prefrontal cortex , something that has repercussions when it comes to developing the so-called executive functions. Among the functions that usually present deficits we observe attention, working memory, inhibition of behaviour, the capacity for self-organisation or the ability to make and maintain plans.

It is also important to bear in mind that we are facing problems that are beyond the control of those who suffer from it, something that must be stressed since for many people it can be difficult to realize, for example, in the case in question.

Suggested activities for children with ADHD

When generating activities for children with this problem, it must be clear that activities must be explained clearly, that allow for breaks and that, although they have the objective of empowering capacities, they are enjoyable and lived as something interesting for the child. It is also usually advisable to use more visual activities, not entirely verbal. Likewise, distracting stimuli should be removed or avoided.

With this in mind, we will now look at a series of activities that we can do together with a child with ADHD and that can help us train skills and abilities in which they may have difficulties.

A typical and simple but fun game based on detecting the differences between various images . The level of difficulty can vary according to the age and ability of the subject. It allows you to train attention to detail and working memory.

Another typical and highly known activity, once used for entertainment by a large part of the population, alphabet soups can also be useful for children with ADHD since they allow training in selective attention, the ability to organize and inhibition of behavior .

Another way to train attention span and behavior inhibition and management is through the performance of various slow-motion actions. An example might be playing an astronaut on a mission to the moon, who must place a flag somewhere on the lunar surface (the child’s home for example), in zero gravity. A whole story can be told, and it can even become a group game .

This small and simple activity can strengthen behaviour management and reduce impulsiveness. It involves playing with the child and teaching him/her to become a turtle, learning to act little by little and to take refuge in the shell when they perceive a threat, in order to calm down.

5. Memory or game of pairs

This well-known game allows to train memory and attention , having the subject to find among a group of cards face down pairs of cards, being able to lift only two at a time before placing them face down again.

If the child likes them, construction games are a great way to train planning skills, behavior control, and attention to detail. From LEGOs to models, can be a fun and useful activity that can also be themed to suit the subject.

This activity, to be carried out preferably in a group, is based on one of the participants following a word and the rest echoing it, repeating the last syllables. You can also add the fact that each time the child has to reduce the repeated syllables and sounds. Encourages attention and memory of verbal work .

8. The initial of my name

Memory and attention are some of the skills that this activity can foster. The idea is that the subject is provided with a series of different objects to keep in a box. Once this has been done, the subject must say that this is what he has kept. It may be useful to propose beforehand that you generate a fantasy story that allows you to include all the objects in question, in such a way that you also work on the organization.

This well-known game allows for the maintenance of attention, behavioural inhibition, planning or the ability to organize .

Physical activity is usually enjoyable for children with hyperactivity because it allows them to move around a lot. In addition to releasing energy, many sports can also promote attention to stimuli or details , such as table tennis.

Another simple activity to carry out and that allows training not only attention but also the need to wait for your turn to speak. It involves forming a chain of words, making the players take turns to say a word that must begin with the last syllable of the word said by the previous person.

This game allows to work on attention and memory . The first person must do a specific activity (which can come from previously prepared cards), so that the rest must pay attention to what they are doing in order to be able to replicate it later. An example could be to replicate a dance choreography.

The idea of this activity is to generate a series of symbols with no meaning per se, as if it were a new language, which correspond to the letters of the alphabet. We will have to leave several relatively short messages around the house that the child will have to translate in order to find the next clue, for example, to find a small treasure (for example, some sweets), having a small chop for that purpose.