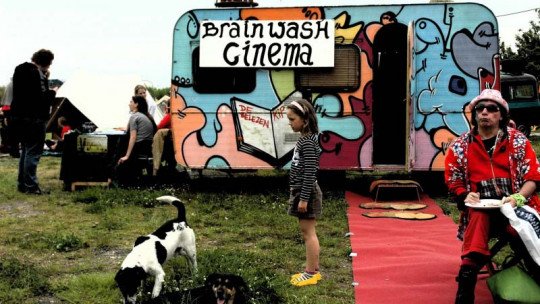 The
psychology and neuroscience are often too complicated to understand from reading alone. Here are 15 essential documentaries on psychology , divided by topic. Here is a selection of psychology documentaries that can change the way you look at things – take note!

During the Cold War, Colonel Suharto came to power in Indonesia through a coup d’état. From then on, he led a campaign of mass murder of communists that resulted in the deaths of thousands of civilians.
The Act of Killing is an Oscar-nominated documentary in which Anwar Congo and Herman Koto, two former mercenaries under Suharto’s command, explain and recreate the murder crimes they committed years ago as part of their work.

The film is made up of murder scenes and the confessions of paramilitaries who have never faced punishment for what they did and are still protected by the government. In this story you can see clear cases of
depersonalization and of reification of the enemy, processes very frequent in contexts of systematic extermination and genocide.

A benchmark in social psychology documentaries. It is a film based on the famous book that Naomi Klein published in 2007 and which receives the same name. It explains how certain unpopular political measures can be implemented using fear to create a permanent state of exception.

This documentary focuses on the manoeuvres and techniques that have recently been used to direct public opinion towards certain issues by making millions of people think in a certain way through propaganda and Public Relations. Among the people featured in the Psychological Warfare story are
Noam Chomsky, George W. Bush and Bill Clinton.

The philosopher and linguist Noam Chomsky recounts the ways in which the general public is deceived, sometimes by publishing false data and sometimes by omitting important information, so that ordinary citizens cannot make decisions freely.
Chomsky argues that it is not necessary to censor in order to create uniform and predictable states of opinion : to achieve this, it is enough to throw out huge amounts of insignificant data that mask the absence of important information.

What is explained here is a sample of why freedom can only exist given certain premises (among them, the availability of all important information). If you have ever wondered why everyone has such similar opinions despite enjoying theoretical freedom to direct their lives, this may give you some clues.

This is a documentary about
educational psychology and education by values . It examines the most admired educational system in the world: the Finnish one.

Argentine independent film that focuses on
the problems of conventional education its effects on youth. Other models of the educational system are proposed, although due to the nature of the documentary, the possible solution to the gaps in the current educational system is quite blurred.

Most of the following documentaries on psychology have the format of a television documentary and are shorter in length.

Documentaries on psychology and neuroscience

A group of researchers from the University of Montreal
study the neural processes that occur during meditation and mystical experiences.

What happens when your brain is left totally alone, deprived of stimuli? This documentary answers the question by investigating the
brain activity of people in total isolation.

8. The Man with 7 Seconds of Memory

This short documentary examines the life of Clive Wearing, a man who, due to injuries to the hippocampus,
suffers from retrograde and anterograde amnesia, just like the protagonist in Memento. Every seven seconds, his immediate memories fade away.

A tour of the brain and physiological processes that explain the
optical illusions . This fragment explains the McGurk Effect:

The
mechanisms of language, exposed in this interesting documentary. Essential for those students or psychologists interested in language development.

It focuses on the development of the
human brain (and the psychological stages that accompany the process) throughout people’s lives.

Documentaries on psychology and mental disorders

Documentary focused on the
autism that analyzes the specific case of a person with this disorder. valuable if you want to know first-hand what a person with autism looks like. You can see it here.

He talks about raising and living with young people with
Bipolar disorder. You can see it here.

Film against frivolization and prejudices associated with
schizophrenia. Directed by Ione Hernández and produced by the renowned Julio Médem.

The documentary explores the psychological factors behind decision making and
financial and economic management.