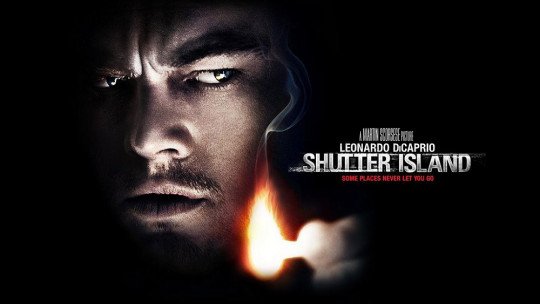 It’s not uncommon to hear someone say that they got stuck in the chair or hooked up to the chair watching a movie. Within the so-called seventh art, we can find great works that are capable of making us live a thousand lives, and that keep us on edge and waiting to see what will happen to the characters that are reflected in them.

Maybe the word we’re looking for is suspense. And although a large number of films generate this sensation, there is a film genre that is especially focused on this aspect: thrillers (although it very often appears in conjunction with other genres and themes). Throughout this article we will see a small section of thrillers that will leave us hooked on the chair.

Below we leave you with a brief compilation and description of some great thrillers, all of which are highly recommended. Among them we can find classics, more recent films and some feature films that have gone rather unnoticed.

A Hitchcock classic . It tells the story of Marion, who has stolen money from her boss and fled, and later takes refuge in a road motel run by the Bates. The young woman is killed while taking a shower. Her boyfriend and sister, upon noticing her disappearance, begin their search.

This film tells the story of Jefferies, who has to rest at home after breaking his leg. The main character looks out the window with a pair of binoculars at different neighbours in the building opposite in order not to get bored. However, he gets to observe a fight between one of his neighbors and his wife, who disappears. This makes him suspect that the neighbour has killed his wife , trying to investigate our protagonist (with the help of his girlfriend) the facts.

This film tells us about the investigation into the murder of a singer, with his girlfriend, a writer, being the main suspect . She will be questioned because of the resemblance of the singer’s murder to one of her novels, and it is gradually discovered that this is not the first time that someone in the author’s entourage has died in similar circumstances, the woman having written books in which she told similar stories.

While the investigation is going on, the writer is seducing the agent handling the case, in what is probably the most iconic crossover in cinema.

This film, based on the novel of the same name, tells us about the investigation carried out by Friar William of Baskerville and his assistant Adso de Melk to clarify several deaths in the abbey of the Order of St. Benedict, in the middle of the 14th century, although they originally came to the abbey to take part in a meeting between representatives of the Pope and the Franciscans (since they were in conflict).

Throughout this film we see the story of a gang of robbers preparing to rob a warehouse, but the police were already waiting for them. A confrontation takes place in which several people die, including several members of the gang, and the rest of the gang ends up running away. They hide in a warehouse, where it is concluded that there is some kind of infiltrator or traitor .

This film, based on a novel of the same name, tells how Inspector Daniels and Officer Aule arrive on an island where a psychiatric hospital is located to investigate the disappearance of a patient, who had been admitted after drowning her children.

But right from the start, the agents see that the case is hiding something more sinister, finding small details that alarm them and make them see that there is something strange going on. It also highlights the fact that agent Daniels is experiencing flashbacks of the war and the death of his wife and children, which was caused by an inmate of the same sanatorium they are investigating.

Interesting science fiction thriller that tells us how Dom Cobb and his team, who have the ability to infiltrate the dreams of others while they sleep in an induced dream and get information, are hired to convince the son of a rival businessman of the contracting party to end up with his company implementing that idea.

The film shows us how a young Oxford student begins to stay in the house of a woman who participated in the deciphering of the Enigma Code. The woman is murdered, and the young man’s logic professor (who knew the woman) receives a note warning that this is the first of several murders. Both proceed to investigate the case, working from the different clues that the killer leaves with each crime.

Spanish film set in the aftermath of World War II, tells how a woman named Grace lives with her children (who suffer from photosensitivity) in a Victorian house while waiting for her husband to return from the war, providing them with a rigid religious education and trying to maintain a high level of control over everything that happens in the home.

The woman decides to hire several people to work as domestic servants, explaining to them the strict rules she has in this respect . But strange phenomena start to occur in the house.

Argo is a film based on real events that tells us about the difficult plan that CIA specialist Tony Mendez (pretending to be making a fiction film in the country) drew up to extract a group of American diplomats from Iran, after they escaped being kidnapped along with other diplomats from the embassy by a group of Iranian revolutionaries.

A well-known thriller, with an unexpected twist to the script, which tells how Cole Sear has a gift for perceiving the dead and how psychologist Malcolm Crowe tries to help him, with serious doubts about his own abilities due to an incident in which a patient shot him and later committed suicide.

Throughout the film we will see how Cole interacts with different ghosts , begins to accept his gift and even goes so far as to confess it to his mother, while Malcolm helps him to accept his gift at the same time that he suffers from a cooling of his relationship with his wife.

Based on the novel of the same name by Dan Brown, the Da Vinci Code begins with the assassination of a restorer by a monk at the Louvre, leaving a coded message before his death. Professor and symbology expert Robert Langdon is summoned to the scene to assist the police, and together with the granddaughter (also a cryptographer) of the murdered man proceeds to initiate an investigation that will lead them to find the Holy Grail.

This film, whose original title is “The Village”, tells us the story of a small rural village that lives in fear of the presence of some monsters in the forests that surround them , and that must follow a series of rules in order to stay safe (among them, not to go into the forest). But some of its inhabitants dream of what may be beyond the forest.

Based on the well-known novel of the same name (which in turn is based on real events), this film tells us about an experiment carried out by a history teacher in order to make his students understand, simulating the establishment of an autocratic regime known as The Third Wave that ends up escaping his control.

Little-known thriller about a young man with sociopathic tendencies and a taste for the morbid and macabre, who draws up a series of rules with the aim of not hurting his loved ones in the face of the idea that his behaviour resembles that of a serial killer (about which he has a great interest). In this context, a series of murders caused by a real serial killer begins to take place in the village.