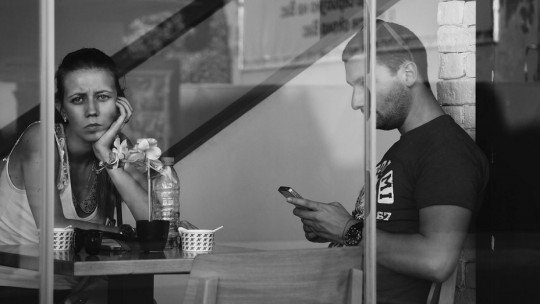 Recent research states that infidelity is a very common phenomenon today, and contrary to what many may think, it does not make much of a distinction between the sexes. It is estimated that 30% of the population is unfaithful : 35% of men and 26% of women.

Infidelity is, without a doubt, one of the most complicated situations a couple can go through. When it happens, the foundations of the relationship are destabilized by the loss of trust. There are not many couples who overcome adultery, since fidelity is considered by many to be the most important pillar of the relationship, although recently models of affectivity that overcome monogamy have become popular, such as polyamory.

Questions to ask if your partner is unfaithful

Detecting an unfaithful partner is not an easy task, since the person usually denies it outright . Unless he leaves very obvious clues or is caught red-handed, the rules of the game play in favor of the person who is cheating.

However, it is possible to ask yourself a series of questions to detect whether the person with whom you share your love is not being completely sincere with you. However, the answers to these questions are not 100% reliable , so it is necessary to make an overall assessment taking into account the situation you are experiencing. If there are no clear indications, no one should be accused of anything.

Below you can find the list with questions to find out if your partner is unfaithful to you .

1. Have you found any signs that might give you away (makeup residue, strong smell of unknown perfume, hotel bills, etc.)?

Of course, if you find any of these signs, he will deny them, but this is proof that he may be hiding something. So pay attention to how he justifies it and draw your own conclusions.

2. Doesn’t know what to answer or don’t his stories match when you ask him where he’s been?

Imagine the previous case. You probably asked him about the reason for what you found out. If he doesn’t know what to say or his story is not very consistent , you may have one more reason to be suspicious.

3. Does he hide to speak for WhatsApp? Doesn’t he read the messages in front of you?

Although it is normal for every member of the relationship to want to have spaces for intimacy, there is no reason to put too much effort into hiding messages from you or talking in secret.

4. Do you call your phone and avoid picking it up in front of you?

If they call him once and he doesn’t pick up, nothing happens. However, if you frequently get calls and notice that you get nervous and avoid picking up or go to another room, you may be hiding something important.

5. Have you caught him in a lie and his excuse is unconnected?

We all lie sometime. But depending on the context, that lie can mean a lot.

6. Have you noticed strange movements in his bank accounts or expenses that he cannot justify?

It could be strange if you spend money excessively and in places like a hotel, a restaurant or a perfume shop.

7. Have you noticed any significant changes in their behavior?

You may have noticed that in the last few months he is not the same person, perhaps he is more irritated, he is always late from work or spends a lot of time away from home . This may be due to many factors, but if the change in attitude has to do with a greater degree of nervousness, it could indicate that she is hiding something.

8. Is he more distant but tells you there is nothing wrong with him if you ask?

In addition to the above behavior changes, you may be distant and even avoidant when you are at home.

9. Does he turn off his cell phone at night or when he’s with you?

Overnight, he turns his cell phone off at night and always seems to have it hidden.

10. Do you avoid the conversations you have about your common future?

Perhaps you are not motivated by the relationship and so you look outside, not in. But he will hardly speak sincerely, but will prefer to take refuge in infidelity.

11. Do you pay much attention to your physical appearance?

Overnight, she worries about her physical appearance just as she did when you started dating: she joins the gym, goes on a diet, buys new clothes, and seems to fix herself up more when she goes out without you .

12. Do you have a strange attitude, as if you had done something wrong?

In the last few weeks he’s had a different attitude. For example, she’s starting to give you things so often that it’s strange.

13. Does he get violent when you bring it up?

If you’ve ever brought it up, you should be careful how you do it. But you can pay attention to his reaction. There is no reason to react aggressively when there is nothing to hide.

14. Does he spend more time away from home than before? Does he often have meetings, business trips or meet friends on his own?

When he’s late, the excuse is always work. She must be doing the two-person shift because she had never been involved with her job before.

15. Do you spend many hours in front of the computer or cell phone?

The hours he spends in front of the computer or cell phone are exaggerated. If you work from the computer it may make some sense, but it is a little strange to be locked in the room for hours.

It seems that your presence lately does not like . He avoids you, and if he is with you, he is serious and distant.

17. Do you no longer feel like making plans together or going on a trip?

Turns out he spends a lot of time away from home, supposedly at work. But when he does have time off, he avoids being with you.

He’s been coming home late for a while, and even though he didn’t do it before, now he showers every time he comes in.