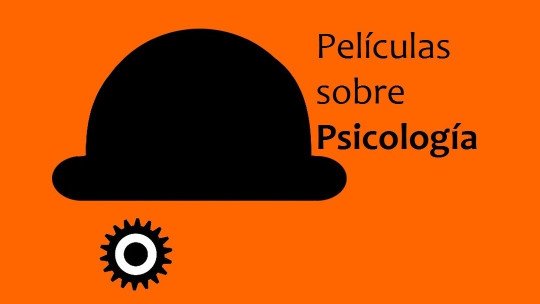 Psychology also has its place in the seventh art. Of course, practically any film can offer a psychological reading of its characters or of the director’s way of thinking. In fact, not only does the big screen offer us plots with a high psychological content, but TV series are doing it too:

And, obviously, documentaries can also give you extensive knowledge about the subject:

However, the list of films on psychology that you will find below is especially recommended for anyone interested in studying and understanding this discipline and the contents it works on:

Films about psychology of yesterday and today

Romantic melodrama directed by Barbra Streisand based on the book of the same name written by Pat Conroy. Although it is a story based on love and forgiveness, it also talks about the traumas of childhood and the mark they can leave on adult life in the form of PTSD. Highly recommended.

This is a film that focuses on the psychological consequences of suffering a physical handicap. The protagonist, a former editor-in-chief of the magazine Elle , is locked in his own body due to the so-called lock-in syndrome , unable to move anything voluntarily except one eye. This eye will be from that moment on the only window of communication that will keep him in contact with other people and that will allow him to write an autobiographical book, the same one on which this film was based and with which he shares his name.

The film, besides containing an important emotional charge, is a reflection on the relationship between the mind (or, rather, the consciousness) and the body itself.

In this film starring the illustrious Jack Nicholson, essential problems of the tradition on which many mental institutions are based are shown: the overdiagnosis , the underestimation of the inmate as an agent responsible for his own life, the pigeonholing of people using diagnostic labels, and the invasive methods to change behaviour patterns. It is based on the novel of the same name by Ken Kesey and at the time it won many awards due to its perfect technical finish and the humanistic message it conveys.

It combines a perfect example of antegrade amnesia (a disorder in which no new memories are formed) with a way of narrating that makes us understand this type of disorder better. The film is composed of two types of scenes , one in black and white and the other in colour, which follow one another back and forth in time to leave us at all times with the confused feeling that we lack something to understand what is happening. The film also makes us ask ourselves where is our own identity when memory is not there to connect all the experiences we live .

An ordinary parent begins to give in to the fear of a possible apocalypse without being subject to any rational explanation. From that moment on, he enters a spiral of hasty decisions without us knowing whether he has reason to act this way or whether he is delirious. This film can be included in a list of films on psychology because of the sensations it makes us experience, although what it tries to explain to us is more a metaphor about the American way of life, deeply based on private property, than an illustration of the mental mechanisms of paranoia .

A family of vacationers is kidnapped from their own home by a couple of men dressed as golfers. Based on this premise, the Austrian director Michael Haneke spends more than an hour showing us what happens when psychopathy is combined with high doses of bad faith and the desire to eliminate others.

The realistic cut of the film is combined with a component of metafiction in which the viewer is directly challenged by what he or she is seeing, which does not help to make the film lighter. There are also occasions when reference is made to the fact that everything that happens is part of a film in which the will of the couple of golfers prevails, which reinforces the feeling that they have everything under control and that behind their apparent impulsiveness there is a framework of perverse rationality. Film not recommended for sensitive stomachs.

Much more lyrical than the previous one, I’m a Cyborg is a film set in South Korea in which a young woman is admitted to a mental hospital because of her hallucinations. This is a love film in which the suitor, who is also interned, climbs the steps of the parallel reality created by the protagonist, understanding its hidden logic, in order to help her. A film that is both curious and profound.

A list of films on psychology cannot exclude the social aspect of our behaviour. The experiment is a film based on the Stanford prison experiment, which was made in 1971 under the direction of psychologist Philip Zimbardo .

In it, several people are randomly assigned to two categories: guards of a fictitious prison and prisoners of the same. During this experiment, which ended hastily when it escaped the control of the experimenters, it was possible to see to what extent social elements as superficial as belonging to a group can make people’s morality change completely. If you study psychology, you should see this film as soon as possible.

Obsessive-compulsive disorder is portrayed here with humor. Melvin Udall (again Jack Nicholson) builds his day-to-day life on unwavering little routines and a unique ability to be obnoxious. Udall lets the compulsions and the repetitive patterns of behaviour dictate his life until the day comes when a novelty crosses his path and changes his character for the better.

One of Stanley Kubrick’s great classics, based on a novel of the same name. The main character is used to a life of violence and lack of control due to a probable antisocial personality disorder. When he is imprisoned, a group of technicians decide to try with him a method to suppress violent impulses through a good dose of behavioral psychology.

The film talks about the belief in small invisible springs that activate certain patterns of behavior outside the person’s will. This futuristic dystopia is considered by many to be the queen of psychology films as it focuses both on psychological mechanisms and a discussion of their existence and the role of modern psychiatry.

Here are some other films related to psychology that may interest you.

One of the best known films of those starring the actor Jim Carrey, who on this occasion abandons the comic register that characterizes him to embody a man who has lived all his life on a gigantic television set without knowing it . By the way, this work gave its name to a kind of delirium recently discovered.

A recently released film that has garnered a lot of attention. It tells the story of a family of American settlers who move to an isolated settlement in the forest to start a new life. The clash between the presence of a witch in the surroundings of their house and the strong religious faith of the family will gradually give rise to delusional ideas .

The story of two brothers skinheads of national socialist ideology who are gradually emerging from the spiral of hatred in which they live.People interested in social psychology will find in this film an interesting story about the formation of boundaries that separate the intragroup, those with whom we identify, from the exogroup , those with whom we try to compete.

An American thriller that has become one of the most remembered cult psychological films . Based on the novel of the same name by the writer Thomas Harris, it shows a part of the life of Hannibal Lecter, a psychopathic cannibal with a history as a serial killer.

The story of a mentally disabled man played by Sean Penn who fights by all means to maintain custody of his daughter. To do so, he has the help of a lawyer (Michelle Pfeiffer) who will gradually see in his client an example of dignity and determination. This film talks about the willpower and motivation that leads a person to break the limits that he or she thought were limiting them.

An excellent psychological film that uses the resources of the science-fiction genre to explore two topics closely related to psychology and psycholinguistics: the mourning produced by the death of a loved one and Sapir-Whorf’s hypothesis, according to which our thoughts and our way of living the experiences depend on the type of language we are used to using.

The excuse for talking about these fascinating issues is the arrival of alien life forms on earth and the need to establish diplomatic relations with them without knowing how they communicate.

One of director Darren Aronofsky’s best-known psychological films. The Black Swan talks about how the need to seek perfection without limit, competitiveness and the lack of moments of intimacy can take over a person until his mind breaks.

A classic of the cinema . It tells of a man who, to combat his insomnia and boredom, decides to start working as a taxi driver at night. Little by little he will try to find a relevant role to give meaning to his existence, even if this puts him and others at risk.

If you are looking for a psychology film that shows many of the characteristics associated with autism, Rain Man is a very good choice. In it, Dustin Hoffman plays a man who has Autism Spectrum Disorder (ASD) and begins to relate to a brother he barely knows.

Craig, an adolescent with severe depression is assigned to a psychiatric facility. There, because the area is full of people his age, he will have to live with adults, where he will make friends with a man named Bob (Zack Galifianakis) and Noelle (Emma Roberts), another girl of similar age.

We propose more films, this time related to the field of Philosophy: