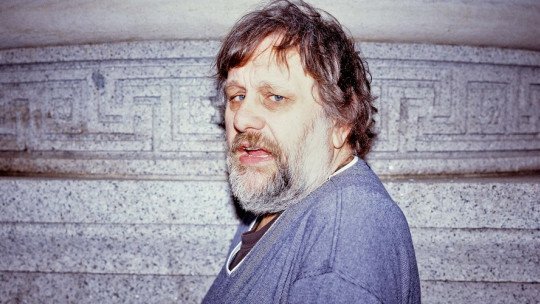 Slavoj ‘i’ek (Ljubljana, 1949) is one of today’s most well known and commented philosophers.

His reflections and essays not only encompass an analysis of the political movements and social problems that are emerging today, but also talk about the ideologies, belief systems and symbols that we use to interpret what is happening and to set ourselves goals.

A selection of ‘i’ek phrases for reflection

Below you can see a selection of phrases from ‘i’ek to reflect on and initiate you into their philosophy.

1. If you have reason to love a person, you don’t love them

‘i’ ek refers here to the irrational and private character of love , something that cannot be explained in words.

The idea behind this reflection is that political correctness obliges us to adhere to protocol rules regardless of what we think , and that these rules, at the same time, can be interpreted as an expression of what we sincerely believe when in the end this is not the case.

3. I secretly think that reality exists so that we can speculate about it

‘i’ek is very much influenced by Hegel’s idealistic philosophy , and therefore relativizes the importance of believing that the real exists independently of the ideas that may arise about it.

Freedom based on the use of laws that do not distinguish between collectives is not the definitive form of freedom , according to ‘i’ek, whose Marxist ideas lead him to think that our quality of life is very much determined by the historical context in which we live.

5. You can’t change people, but you can change the system so that people are not pushed into doing certain things

Another example of Marxist thought , more focused on changing the environment in which people live than on modifying ways of thinking directly.

6. No one takes democracy or justice seriously

This is one of the phrases from ‘i’ ek in which makes clear his critical stance on contemporary ideals .

7. True power doesn’t need arrogance, a long beard or an aggressive voice, but wraps you in silk ribbons, charm and intelligence

For ‘i’ek, the most powerful form of power does not work through force but through seduction .

8. We don’t really want to get what we think we want.

For this philosopher the true motives of our actions are beyond our direct and individual understanding .

9. We live in strange times in which we are induced to act as if we are free

10. Experts are, by definition, the servants of those in power: they do not really think, they only apply their knowledge to the problems defined by the powerful

The authorities in certain matters are, for this Slovenian philosopher, simple technicians who execute orders from superiors . 11. I know it’s a lie, but I still allow myself to be emotionally affected by it

One of the phrases in ‘i’ek focuses on the importance of the way in which one interprets what one perceives .

12. The experience we have of our lives from the inside is basically a lie: the truth lies on the outside, in what we do

Another of the phrases in ‘i’ ek in which implies that the subjective account of our lives is biased or.

13. The fact of doing nothing is not empty, it has a meaning: to say yes to existing relationships of domination

One of Slavoj ‘i’ek’s famous quotes with more social and political content.

14. The ultimate source of evil is compassion itself

For ‘i’ek, compassion limits our freedom, even when it comes to love .

15. Eating organic apples does not solve anything

‘i’ek believes that collective problems, such as environmental degradation, require collective action . In this sense, changing our consumption habits cannot be the solution, because it is a response that focuses on what each person does individually and at the same time serves to purge feelings of guilt.

16. To understand the world today, we need the cinema

For this philosopher, the cinema reproduces the way of thinking of the society in which it was made .

17. Words are never just words: they matter because they define the contours of what we can do

‘i’ek points out that the way things are explained predisposes us to perform certain actions and to ignore the possibility of doing others.

18. What if the way we perceive a problem is part of the problem?

A way to remember the importance of examining the discourses and ideologies behind our actions.

19. Love is experienced as a great misfortune, a monstrous parasite, a permanent state of emergency that ruins small pleasures

One of the phrases of ‘i’ ek in which is more critical of the concept of love .

20. We feel free because we lack the language necessary to articulate our lack of freedom

The Slovenian philosopher refers here to the difficulties in explaining the mechanisms by which freedom is deprived to us .